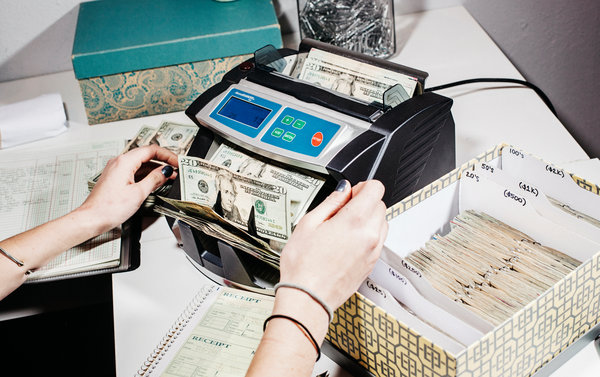 Uncertainty plagues the banks and credit card companies that are faced with the prospect of the booming business of recreational marijuana in Colorado and other areas that allow the non-medical use of the intoxicant.  With massive amounts of cash flowing into the small businesses, there exist only a lucky few that are allowed the privilege of storing their profits in a legitimate business bank account.  Despite the decision from the Department of Justice to generally allow states to determine their own policy toward marijuana, federally regulated banks are not frequently willing to provide their services to owners of marijuana dispensaries.  This is due largely in part to the difficulty of verifying the legitimacy and legality of these businesses’ transactions. 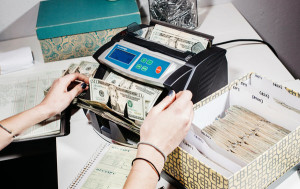 The Financial Crimes Enforcement Network (FinCEN) has placed tough restrictions on the buying and selling of marijuana.  The fact that FinCEN will prosecute any bank found to be accepting deposits from a business that violates the law is the major driver of the lack of interest in providing service to the dispensaries.

Twelve financial institutions in Colorado now accept dispensary owners as customers, up from eight in July.  Most of these are small, local banks but a few Wall Street banks have joined the ranks of those willing to take on the desperate customers.  Business owners face a number of concerns from dealing with such large volumes of cash.  The risk involved in the transportation and holding of the money is an obvious, but one business owner even cited the amount of labor required to count the money as another problem that the restrictions have brought on the industry. 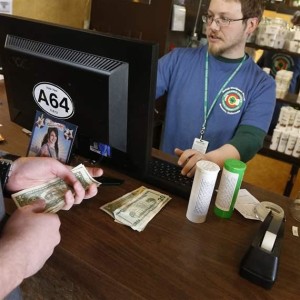 Solutions are coming around, though, as several start-ups are joining the attempts to legitimize the recreational marijuana industry.  For a business that is largely bound to cash transactions, an obvious first
step is move away from the dollar bill and toward electronic payment systems.  The beauty of this is that not only does it remove the risk from the owners that surrounds the handling of massive quantities of cash but also provides banks with the more detail of each individual transaction.

Hypur, a payment processing software program, has gone a step further than other electronic systems in improving the legibility of marijuana-related transactions by adding GPS services into its software.  This added feature ensures that banks and credit unions can verify that each transaction occurred in an authorized dispensary.  This has seemingly softened the concerns of violating anti-money laundering laws as Hypur has successfully brought in more than $5 million from investors.  Another software program, Tokken, though still in development, seeks to further strengthen the legitimacy of marijuana business by utilizing a system of direct bank transfers from the consumer to a dispensary’s subaccount set up with Tokken’s name on it.  It also seeks to use some of the traceability of Bitcoins.  Each transaction would exchange a tiny amount of Bitcoin and be underwritten by the blockchain which permanently records all of these exchanges.  The reliability of the Bitcoin provides a strong metric to track the legitimacy of a dispensary’s dealings.

Whatever the case, the high demand for financial services in the marijuana industry will likely continue to lead to the gradual acceptance of recreational marijuana among other markets.  For dispensary owners, security is seemingly on the horizon.