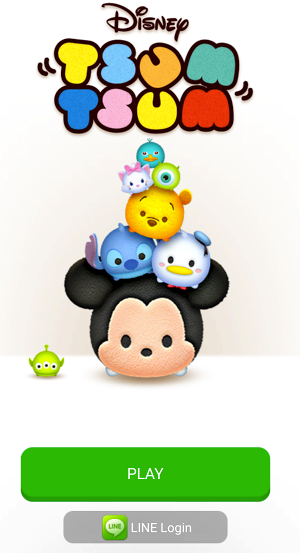 It’s all about speed and comfort. 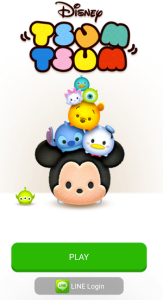 Whenever you first start playing Disney Tsum Tsum, you will immediately notice that you are required to act fast, be responsive and keep tapping on your screen. Everyone has a different preference in how to play the game, but the most important part is that you are able to use your finger at all costs.

Before you start playing Disney Tsum Tsum, you should make sure that you are seated in a comfortable position, and that you can use your finger without much restraint. By doing so, you will be able to tap on your screen more easily, and collect as many Tsums as possible.

Use your mobile device’s Gyroscope to your advantage.

Disney Tsum Tsum allows you to use your mobile device’s Gyroscope, which means that you can tilt your screen, in order to move all of the Tsums around. You should definitely consider using this to your advantage, especially because of the fact that you will be able to rearrange some of the Tsums, which could help you to line them up better and make bigger combos.

Disney Tsum Tsum also has a shuffle button, which you can tap on and use to shuffle all of the Tsums around. However, shuffling your Tsums may cause them to be arranged in a more messy way than before, which means that you have just made the game more difficult for yourself. Always use the Shuffle button with caution and never go overboard with it.

Go with the Premium Box instead of the Happiness Box. 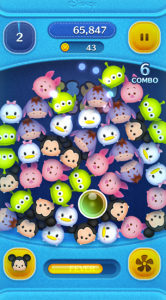 The Premium Box costs a whopping thirty thousand gold coins, but the Tsums in it are more powerful, compared to the Tsums in the Happiness Box. Once you have collected a couple of Premium Boxes, you can concentrate on obtaining more Happiness Tsums, which you can then use to generate more points for yourself, in the long run.

In Disney Tsum Tsum, there is a feature called Fever Mode, which is very important for your gameplay, because you are able to collect a lot of points during a fever. You can activate Fever Mode by filling up the fever meter, which you do by lining up Tsums and making combos. Once the fever meter is filled up, you can activate it by tapping on the fever button.

Once you are in Fever Mode, you are able to score a lot of points, because of the fact that all of your combos will not break. This allows you to take more time when you are looking to line up Tsums, and allow you to make longer lines. Filling up the fever-meter also adds five seconds to the game timer, which means that you will have more time to make more combinations and earn more points.

Making combos will earn you a lot of points. 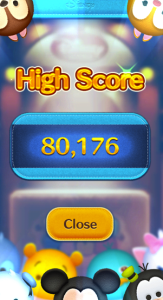 Next to the fever meter, there is also a combo meter at the top right corner of the screen. The combo meter fills itself up whenever you clear away multiply lines of Tsums. However, in order to keep the combo meter going, you will need to quickly make combos after each other. The best way to do this is by making small combinations of three Tsums, instead of wasting time looking for more Tsums to add to your line.

By making a lot of combinations, you will earn a huge bonus in points. This allows you to participate in the Weekly Ranking list, which also adds a big challenge to do game. If you are a person who enjoys challenges in mobile games, just like me, than Disney Tsum Tsum will definitely meet your needs, especially because you are able to see everyone’s high scores.

Just like many other free-to-play games, Disney Tsum Tsum also has a playtime limitation system in place, which comes in the form of Hearts. Every time you start a level in the game, you will lose one of your five hearts. Once you run out of hearts, you will either have to wait fifteen minutes for one of your hearts to regenerate itself, or you will have to purchase more by spending real money in the in-game store. 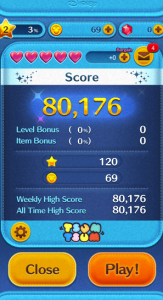 There are two ways to receive free hearts in Disney Tsum Tsum.  For starters, you are able to log in with one of your social media accounts, such as Facebook. Once you have done that, you can invite your friends to play Disney Tsum Tsum, after which you are able to ask them for free hearts. Each of your friends is able to send you one heart per hour, and if you accept that heart within the hour, you will also receive a bonus of two hundred gold coins.