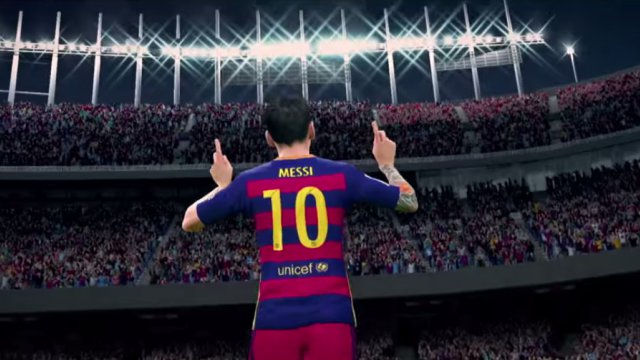 The new team of the week is out, that means you’ll get the chance to play them for coins or look for the new cards.

This week, one of Barcelona’s stars, Luis Suarez, leads the new team of the week. This time he features a 96 rating, which is good enough for a starting position on almost every FUT team. Barcelona was unstoppable against Celta Vigo over the weekend, winning 6-1. Suarez scored three of those goals, easily making the team of the week with a 96 rating.

Pedro, who joined Chelsea from Barcelona last year, also made the team of the week. Pedro scored twice in a 5-1 win against Newcastle on Saturday. His rating is 84.

Former Real Madrid goalkeeper, Iker Casillas, also made the team. He helped FC Porto secure a 2-1 victory over Benfica. The team is now in third place in the league. His rating is 86.

Barcelona played Sporting Gijon earlier today in a league game, winning 3-1. The Barcelona star forward scored the first goal of the game and then scored again six minutes later. The first goal was his 300th La Liga goal, an incredible amount for a player who is only 28 years old.

EA Sports congratulated Messi through a tweet and then announced the card. The FUT hero card comes with 93 pace and 96 dribbling. Barcelona will play a league game next and then face Arsenal in the Champions League.

The Messi hero card is available for Ultimate Team players, but it won’t be easy finding one. The chances of finding a card like this are small but opening packs is all about luck, so it is not impossible. The card will be available for one week, just like the team of the week.

What do you think about the team of the week? Who was left out? Are you playing Ultimate Team? Let us know in the comments.