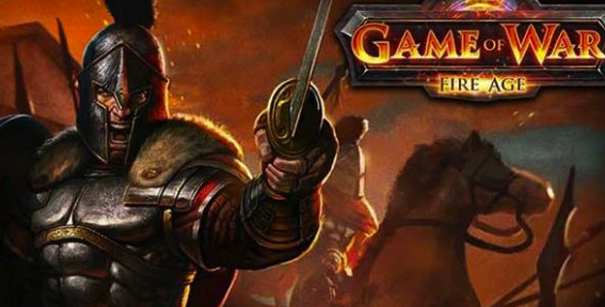 Looking to improve your town in Game of War?  Are you struggling to make ends meet with enemies attacking you from all sides?  Are you looking to improve because you are struggling in Game of War?  Look no further because this guide is where you should be.  I will give you the best tips and advices possible that will help guide you through Game of War as long as you have a little bit of luck with you as well.  Make sure that you don’t just read the tips and cheats for 2018 but actually follow through with them. If you do use these cheats and hacks you’ll have no problem dominating your friends and other players online during 2017!

Make sure you join an alliance! 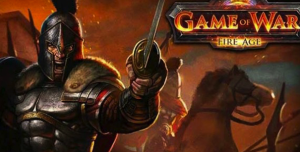 You always want to have friends in almost any game that you play.  This is especially true in Game of War.  Alliances are a big part of the game in helping to defend you against other groups who may want to attack you.  They can help keep you safe so that you don’t have to be exposed as a long wolf and face off against people who have no real intentions f helping you and ather just attacking you even if you are new.  Along with this, having an alliance will allow you to figure out who you will want to want to ask for questions if you have any during the game.  Game of War can get quite complex, so it is always good to have someone cover your back and be able to show you a couple of things that you might need to know for this game.  This is especially fun if you can play with friends.

Resource fields will be, like the name says it to be, a good source of resources that you will need in this game.  The game runs off of a lot of being able to control your resources and the amount that you have.  It is important to have enough resource for the game so that you can continue building and main units so that you can both defend yourself and start attacking other people.  Make sure that you are using up these resource fields so that you gain an extra bump in terms of the amount of resources that you get   The increased number of resource will help you with the amount that you need for a certain item or something close to that.The more resource you have in the game, the faster you will be able to catch up to the people who you are playing with.  It’s important to both have these resources and then be building additional resource collectors or something better like Hospitals which I will explain the importance later.  I think that if you do manage to collect all of these resource towers, you will be able to fully gain the maximum amount that you need so that you can start catching up to your friends without too much trouble.

Spending the time to build additional hospitals so that you can treat all of your wounded soldiers is one of the best ways to save money, which is also the reason why you want to simply build them yourself so that you can create them so that you will be able to treat the soldiers so that they won’t’ die off.  it is better to have more hospitals and then lose fewer soldiers so that you will not have to spend any money on the soldiers.  Getting additional soldiers will take a lot more resources over time which will not be worth it for you in the long run because losing soldiers due to injuries is a common occurrence, but actually getting them to do what you want is probably the most important so that you can just build more hospitals instead of buying the troops.

Keep what you get in your inventory there

This tip might not seem as obvious because it doesn’t really make as much sense, but as soon as you hear it, you will completely understand.  If you try and use everything that you get in your inventory, it will be sent to your resource pile where it can be taken from you from other players attacking you, but if you have it in another area like your inventory, it won’t be taken.  This is especially important if you are prone to getting attacked often.  You will b able to stock up on the items that you get from doing different hests and opening them.  this will give you some really good resources that you can use in the future won’t be easily stolen as it is in the resource pile.  So always makes sure that you are keeping the resource le separate from the inventory space.

Use the Peace period wisely 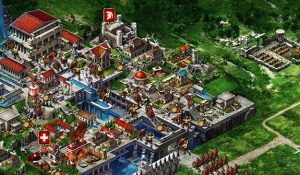 This is especially important for new players because they will receive a special peace period that they can use in order to start creating whatever they want with a decent amount of money on hand.  This means that you will have to use this time in order to build a couple more barracks and hospitals.  Buy doing so, you are maximizing your ability to survive because you are able to create both more soldiers and then treat them using your hospitals that you should also created during the piece period.   After your pace period is over, you can be attacked from all different players and if you only have one hospital, you won’t be able to treat all of your injured, and then they can die right after that.  Along with this, you should be building a couple of resource collectors so that you are able to collect resources for the future so that you can build additional buildings in the future.  This will help be your stepping stone into getting whatever you want in terms of the game and then being able to be out your friends and opponents that you might encounter in Game of War.

If you ever see a red dotted line, let it happen

Usually after you see those red dotted lines, an army will come in and take over without using any kind of force which is good because you won’t be losing any troops so you won’t be losing too many resources except from your resource pile so that they will take a couple of resources from you every so often.  If you really don’t like being conquered, you should take comfort in knowing that you won’t be conquered for the whole time because you will usually be able to figure out that you can rebel after a certain while of being conquered so that you will be free.  This is probably the best if you are looking to save up your troops and simply farm it out until you are able to be free.  This is one of the best ways of farming up resources that you can get because there will be no one harassing you during the game and you can just go ahead and do whatever you want if you are already conquered.