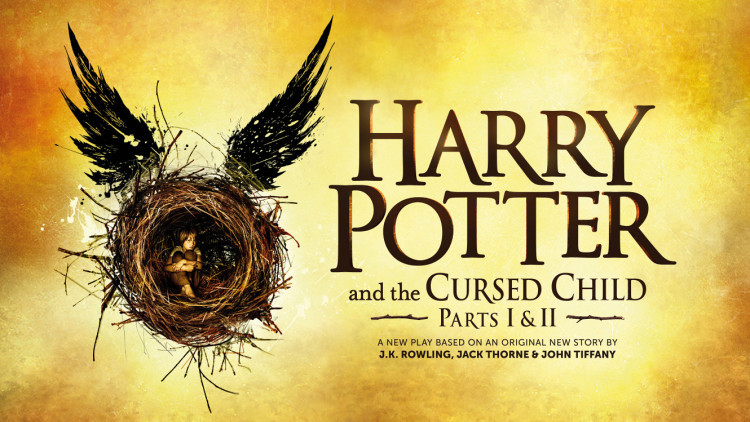 It has been nearly a decade since the last Harry Potter book. Now It may not have felt that long due to the films only finishing in 2011, but it has. Since then JK Rowling has been busying herself with writing projects outside of the universe that made her a household name. That’s all set to change this summer with the release of ” Harry Potter and the Cursed Child”.

Not a conventional Harry Potter book by any means, this time we’ll be getting a play in two parts. Scheduled for release on Harry Potter’s birthday, 31st of July for those not in the know, it will be available in both Hard Back print and digital formats.

The play itself is set to debut on July 30th on the West End. The story is a Rowling Original, but the script was written by Jack Thorne. Jack has an extensive background writing for theatre, but I know him best for his work on television, with “This is England ’86” and the critically acclaimed UK series “Skins”.

The play was initially unveiled in 2013, and was billed as an exploration of Harry’s earlier years as an orphan and outcast. Sine then the cursed child has expanded its scope and is now set after the last book, with Harry now middle aged and dealing with his life in the ministry of magic as well as raising three children. JK has stated that the play will also touch on James Potter’s school life and Harry’s son Albus’ time at Hogwarts as he struggles to live up to the legacy set by his father.

“It was always difficult being Harry Potter and it isn’t much easier now that he is an overworked employee of the Ministry of Magic, a husband, and father of three school-age children.

While Harry grapples with a past that refuses to stay where it belongs, his youngest son Albus must struggle with the weight of a family legacy he never wanted. As past and present fuse ominously, both father and son learn the uncomfortable truth: sometimes, darkness comes from unexpected places.”

The cast has been announced, with Jamie Parker, from the original cast of “The History Boys“, cast as Harry. He is joined by Olivier Award-winning actress Noma Dumezweni as Hermione and actor Paul Thornley as Ron. JK has commented on Dumezweni being cast as Hermione by stating that Hermione’s skin color was never specified in the book. Broadly true, she was refereed to as “Very Brown” in the third book, though the context suggests a tan after a holiday.

The book will be released in several editions the first of which being the Special Rehearsal Edition followed by the Definitive Collector’s Edition at a later date. Blatant cash grabs if you ask me. Not the first time the production has been accused of that, separating the play into two parts has been labeled as such as well.

Overall, considering the caliber of talent working on the play I expect it to be a success. I’m looking forward to reading the script when it is released, but still I hope for a novelization at some point. I don’t know about you but I haven’t read a play since high-school English class.