The Division recently had a beta for those who pre-ordered the title and many gamers were left worried about the size of the playable areas. The beta, which was up for a few days, only gave players the chance to try the game in one part of the city. But they shouldn’t be worried about the content because the beta covered a little over 20 percent of the map. 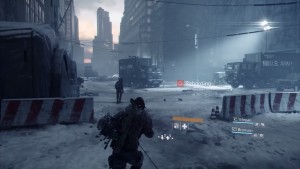 The first to look into this was Reddit user MiCK_GaSM, who checked how big the map was by overlaying the beta map with the full map provided by the game developer. The full game map has 5,315 squares, while the beta map covers 1,167 squares. This means that the beta only covered 22 percent of the playable areas. Gamers will have 78 percent to explore next month, so that will keep them entertained for a while.

The Dark Zone will be the main attraction for the multiplayer as gamers will be there for the rewards and items to find. The things they find there, are contaminated, so they will have to call in a helicopter to extract them. While you wait, other players will be notified, which means you will have to fight to keep these items.

The information provided by the two Redditors and the map released by the game developer lets us know that the game will give a huge area to explore when it makes its debut next month.

The Division will be available for the PC, Xbox One and PS4 on March 8.

Did you play the beta? If so, what did you like/dislike about it? Did you explore all of the area? Let us know in the comments.