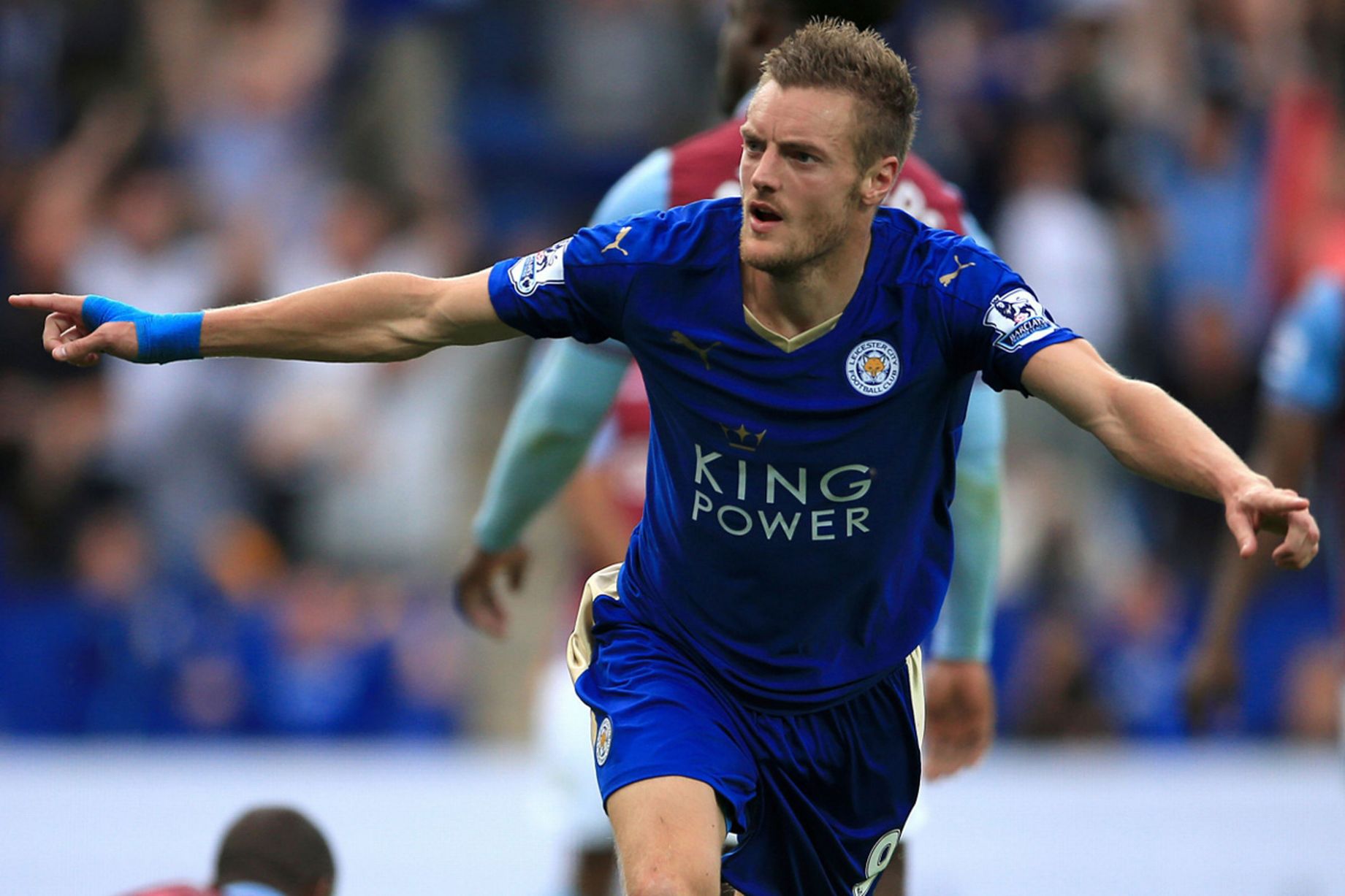 Jamie Vardy’s stats have improved on the latest FIFA 16 update, and the Leicester City star had a fun reaction with his old card.

The striker, who has had a nice 2015-2016 season, was invited to an event with a few others. FIFA 16 usually releases its game before the season starts and many of the new players who are putting up great seasons don’t have accurate stats to match their numbers. During the first two months of the year, the game developer updates the stats and rosters. Jamie Vardy was one of those players and he welcomed the update by headbutting his old card at the event.

The Leicester City striker did not have a great rating when the game was released because his team had not started winning and taking first place in the EPL. But now that the club is getting closer and closer to the title, his rating has been improved. Before the update, Vardy was a 71 rated player. A 71 is not very good but no one knew he would put up a season like this.

The star striker, who now has 18 goals in the Premier League, wanted to forget about being a 71 rated player, so he got rid of his old card in a funny way.

Here is the video:

No one saw this headbutt coming but everyone enjoyed the moment as you can hear his teammates and people in the background laughing. You can also see the striker holding his new gold card, now rated 75. A four point upgrade doesn’t sound like much, but it is. FIFA 16 usually gives one, two or three points to the players who have impressed throughout the season. Players like Messi or Ronaldo usually go up one or two points when a new card is available, so Vardy’s midseason rating is solid.

Leicester City have been unstoppable this season and could end up taking the league title if they keep playing like this. The team is five points ahead of second place Tottenham and has only lost two times in 25 games. The next game will be up against Arsenal, a team that is also five points back from first place. They will face Norwich City and West Brom after that.

What do you think about Vardy’s new rating? Will Leicester City win the league? Let us know in the comments.