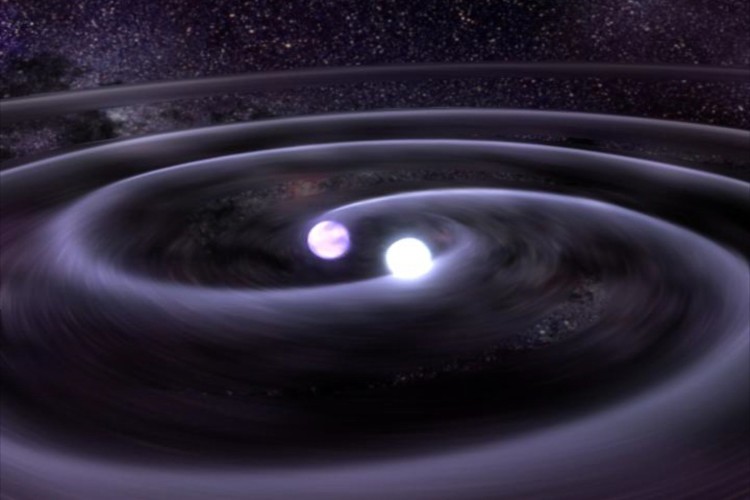 Surely by now, you have heard of the LIGO experiment that has proven that gravitational waves exist. This is a very big deal. But not many people have divulged why the existence of these absolutely tiny distortions actually matter, even as the team that has discovered them has essentially been guaranteed a Nobel Prize. Here we will try to give you an overview of what gravitational waves are, how they were discovered and why they are seen as an absolutely monumental discovery.

On the Shoulders of Giants: A Brief History of Gravity

To begin let’s go over a little history about gravity itself. Gravity was first thought of as a unique force by Sir Isaac Newton, arguably the father of modern day physics. This force was seen as omnipresent with any paired objects that contained mass, and followed an intuitive rule. The more massive the first object, the more attracted the second would be. For example, an apple is attracted to the ground via a gravitational force, and thus falls until it is met by the grass and soil below. (the apple also inherently exerts a gravitational force against the Earth, but this is typically ignored).

For centuries and still to this day in practical kinematics and physics courses, this definition stands. However, not everyone has agreed with this idea. Albert Einstein, often hailed as mankind’s brightest bulb was one such rebel. He instead thought that gravity was not a force, but an inherent property of objects to be able to bend the universal medium of space-time based on mass. This creates a subtle, but astronomically different definition of how gravity works and what it is in the first place.

First of all, it means that gravity does not merely affect objects with mass but also objects without mass, as well as time and distance, which for most of us are rather abstract concepts at best. We have previously had proof that non-massed objects were affected by dips in space-time (gravity) through the observation of galactic objects like black holes, who are able to suck in energy (light) on a massive and thus noticeable scale. However, that still leaves us with a sticky and complex question: How does gravity affect space-time, and how are we to detect it? In short, we build instruments that can detect fluctuations in local space-time and wait.

Theorized by Einstein in his series of theories of General Relativity (published only 4 months shy of a century before discovery), Gravitational Waves are seen as distortions of space-time as a result of objects colliding, exploding, or performing non-symmetric orbits around each other. While by technicality any object with mass can cause waves within space-time, they are so slight that they are undetectable except in the most extreme circumstances. In the case of the LIGO team’s recent discovery, it required two black holes to merge together to create waves on earth roughly 1/1000th the diameter of a proton.

Whisper in a Crowded Country: How to did LIGO Detect Gravitational Waves?

So the next logical question is, how did the LIGO team discover something that is 1/1000th the size of one of the smallest pieces of matter in the universe? With that good scientific standby, lasers. The team set up a pair of observatories in the United States (one in Hanford, Washington and another in Livingston, Louisiana some 2,000 miles away as the crow flies) as well as working with a sister facility in Italy. Each observatory contained a pair of 4 kilometer long corridors at 90 degree angles from each other, each containing a series of mirrors that would reflect back a laser into a sensor that would check for variances in wavelength of the light beam.

This wavelength would be altered based on the concept of destructive interference.  Typically, lasers that are reflected back at the same wavelength but opposite in orientation essentially “flatten out” from  waves  to lines according to the detector. This could be seen as the default case, as there is no shift forward or backward of the wave. Thus if there were any sort of disturbance, it would indicate that the space between the mirror and the laser had been stretched or compacted by showing small “bumps”. It is a very precise piece of engineering. 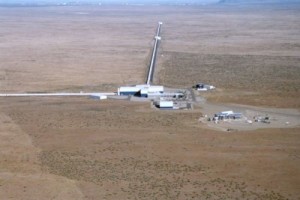 That being said, this tool was also remarkably delicate. Since the mirrors themselves were hung by thin, high tensile strength wires,  certain events had to be accounted for. Global seismic activity, nearby vibrations (like a bird flying within a few kilometers of the instrument) and other natural events would often give false positives. In fact, in at least one instance the LIGO team reported picking up wave shifts caused by a lightning storm in Africa. As a result the team had to carefully filter out these errors and look for a disturbance in the light waves that lined up with predictive mathematical models of gravitational waves. If you imagine what it would be like to try to find an individual by the sound of their voice alone in a cocktail party that invited everyone in China, you’d have a decent understanding of how difficult a process this must have been.

After several months of testing and re-testing, the LIGO team found and confirmed exactly what they had dreamed of: A series of gravitational waves expanding and contracting space-time by the length of 1/1000th of the diameter a proton, originating  from a pair of black holes colliding 1.3 billion light years away. Now comes the ultimate question: Why does this matter?

To start with, I would like to share a scenario with you. Imagine if you will, living your entire life wholly deaf. Never knowing the voice of you mother, father, girlfriend, or boyfriend. Now imagine one day someone gave you a small device that gave you hearing. Besides the initial joy of having a whole new sense to experience, you’d quickly learn what all of those sounds represented, where they came from and best yet, how to one day accurately be able to use this knowledge to your advantage. 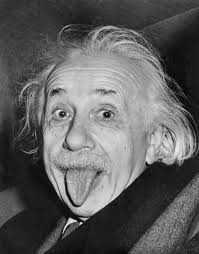 This is why the LIGO Gravitational Wave experiments are so ground breaking. For eons, our studies of the sky and of physics, whether intuitively or academically, has relied on a form of sight. We can all see kinematics occur in one form or another just as Newton fatefully observed the apple fall. We can also “see” events that occur as a result of electromagnetic radiation; Far off stars and matter that glow with visible light, the infrared dots of far off galaxies, even the radio static from astronomical events light-years away can all be “viewed” with light telescopes. But what of the objects we can’t see? For example, what about the very parts of the early universe which are still beyond the grasp of our best telescopes? We may not be able to see them but at the very least, in the near future we may hear them.

Equally as important, this experiment gives us a confirmation that General Relativity, even if it’s not a complete explanation of how the universe functions is at least a step in the right direction. The ideas that space-time bends as a result of mass and that gravity isn’t so much a force as a visible side-effect of this process seem at least on first viewing, well, insane. Then again many revolutionary scientific ideas at inception were labeled just that.  With this new knowledge, human kind can again advance beyond our own dreams and in ways I wouldn’t dare to predict.

At time of writing, the LIGO team will be testifying to the 114th Congress of the United States about what they believe are the strongest uses and implications of their research on February 24, 2016. A release of  transcripts of that meeting available likely later that day. If you harbor any more interest regarding this groundbreaking discovery, I highly encourage you to listen or read it over the second it is available; I know I will.