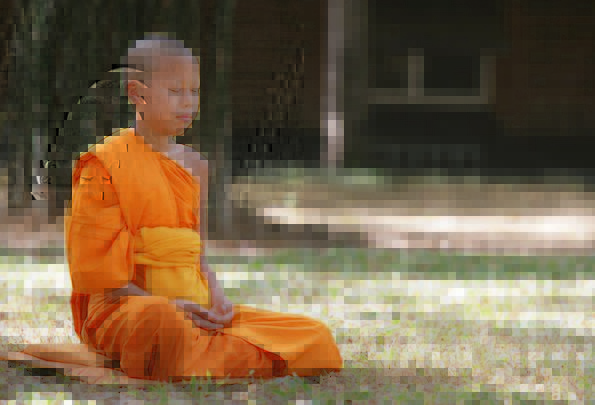 It seems as though every time you turn around, some new health craze is dominating the news. These fads make bold, often false claims in order to lure customers into purchasing expensive “cleanses” or miracle pills. However, there is one popular health movement whosebenefits have just been scientifically verified, and best of all, it’s free: mindfulness meditation.

Mindfulness is an ancient meditation practice that directs its users to focus on their surroundings and the small movements of their bodies in order to achieve a state of calm clear-headedness. Though mindfulness has roots in centuries-old Buddhist traditions, it was not until the 1970s that clinical psychology and psychiatry developed practical uses for it. Since then, mindfulness has been prescribed to patients suffering from severe stress and anxiety, among other conditions. It has long been believed to increase not only mental, but also physical well-being, by reducing stress and worry.

Though mindfulness has been proven to change the shape and size of our brains, it was not until very recently that we learned how these changes in our brains affect our bodies. A team of researchers from Carnegie Mellon University selected a group of 35 high-stress adults who were unemployed and sent them on a three-day retreat. Half of the group were sent on a retreat that taught mindfulness techniques, while the other half were sent on a retreat that simply focused on relaxation.

By comparing brain scans from both groups that were taken before and after the retreats, the researchers were able to observe that those who had gone on the mindfulness retreats had better functional connectivity in their brains. This meant that the group who had spent three days learning mindfulness techniques had more function in parts of their brain associated with executive control and attention than those who did not.

However, it was not until four months later that the researchers were able to observe their most impressive results. By examining blood samples from both groups, the researchers were able to see that the mindfulness group had lower levels ofthe biomarker Interleukin-6 than the other group. Interleukin-6 is an inflammation biomarker that, in high levels, has been linked to higher risk of inflammatory diseases such as cancer, Alzheimer’s and autoimmune disorders.

The implications of this study are vast; if these results can be verified by other researchers, we will have a concrete, scientific connection between mindfulness meditation and improved overall health. Though this study, which was published in Biological Psychiatry, was limited by a relatively small sample size, it is hoped that further scientific inquiries will yield similar results. In either case, there is little doubt that mindfulness is a beneficial practice for improving mental health and wellbeing. If you’re feeling a little stressed or just curious about what mindfulness can do for you, here are a few exercises you can try to get you started down your road to better mental (and physical) health.