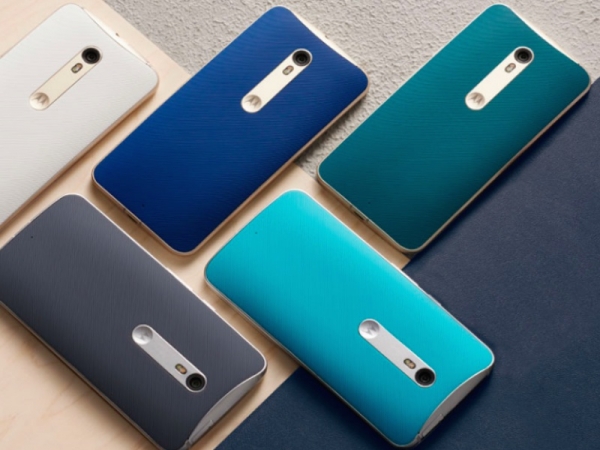 The Motorola Moto X Style or Pure Edition was released in September but rumors about the fourth generation of the device are already surfacing.

The Moto X 2016 is expected to have a screen size of around 5.4 inches to 5.7 inches. The device may also feature a Qualcomm Snapdragon 820 processor and 3GB of RAM. Nothing has been said about the storage, but the device will most likely come with the latest version of Android, Marshmallow. The Moto X Style or Pure Edition features a Snapdragon 808 processor, 3GB of RAM and a microSD slot. The screen size is 5.7 inches and the battery is 3000 mAh. It will be interesting to see the camera for this year’s version as the Moto X 2015 features a 21MP camera.

The device is also expected to be a little different from past versions. A few days ago, a leaked photo showed that the device may have a new cooling system. We don’t know if that’s the real phone but that sounds like a good idea. It is also rumored that the upcoming device will have an all-metal body.

Motorola President Rick Osterloh recently told reporters at a meeting that the company is not expected to go anywhere, as they plan to continue the updates for the Moto X, Moto G and Moto E. The Moto G and Moto E are currently on the third generation. The two smartphones have become fan favorites for their price and good specs.

Motorola recently released the Moto X Force, another version of the popular smartphone. The Moto X Force comes with a 5.4-inch display, Qualcomm Snapdragon 810 and 3GB of RAM. This version looks a lot like the Moto X Style/Pure Edition but offers a screen that is shatterproof. It also comes with a 21MP camera. The device does not feature a fingerprint sensor and comes with Android 5.1.

Lenovo acquired Motorola on January 29, 2014 for approximately $2.91 billion. Rumors a few weeks ago said that the company would stop working on the Moto G and Moto E phones but Osterloh has confirmed that they will keep updating the devices.

What do you think about the latest Moto X? What should be added to the Moto X 2016? Let us know in the comments.