Netflix is releasing some exciting new content while bringing back old favorites. 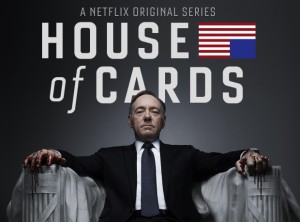 The fourth season of House of Cards premieres March 4th on Netflix.  The political thriller starring Kevin Spacey is outrageously popular with audiences and helped usher in the “binge-watching” phenomenon now common with on-demand content.

Also on March 4th, the fifth season of the hilarious crowd-favourite Louie comes online.  This most recent season earned universal acclaim with a 97% score on Rotten Tomatoes. 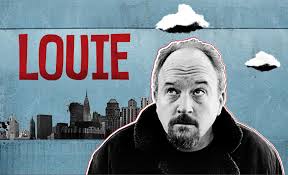 Keeping on the comedic side of things, Netflix is releasing a new original series called The Characters.  The premise involves eight up-and-coming comedians who each write and star in their own 30-minute show.

The raunchy comedy series Blue Mountain State gets the silver screen treatment with Blue Mountain State: The Rise of Thadland.  Released earlier in February, the plot revolves around the regulars of the BMS football team as they try to convince ex-captain Thad to rejoin their antics after he signs an NFL contract. 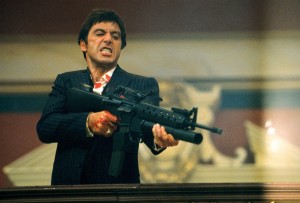 Last but not least, “Say hello to my little friend!”  Scarface, the oft-quoted Brian De Palma gangster flick, is back on Netflix with more coke, guns, and memorable moments than an entire season of Narcos.

Check out the full list of March releases below:

March 25
VeggieTales in the House (Season 3)