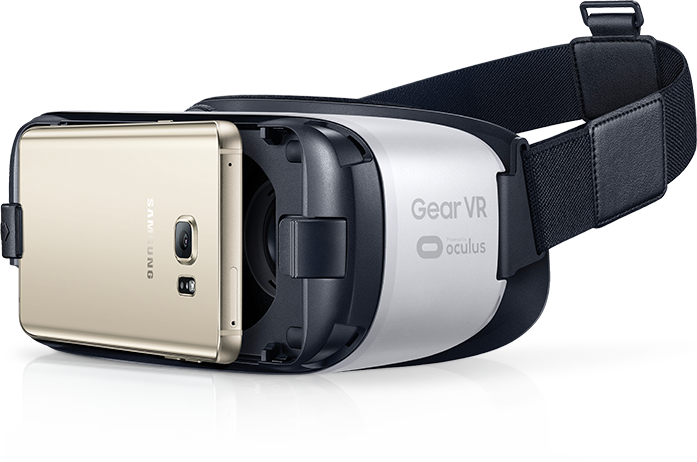 With the advent of true VR nearly upon us many companies have been doing what they can to grab a slice of the pie before the buffet closes. None have been more active than Samsung. The little Korean company that could, has teamed up with the Oculus Company to make their own entry level solution to the VR problem. The Samsung Gear VR is a little different from the Oculus and the Vive. Instead of tethering to a computer for processing power you plug your Samsung phone into the device. 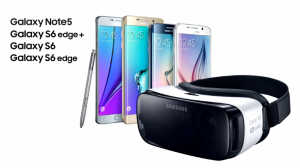 The consumer model will only accept the Galaxy Note 5, S6, S6 Edge or S6 Edge+. If you don’t have one of those then there isn’t much you can do about it, short of taking a power sander to the device. This incredible specification limits the utility, and the market, for the Samsung Gear VR immensely. But when it’s running right the experience is sublime.

The build quality of the Samsung Gear VR is superb. While the device shares some things with Google’s Cardboard the difference really is night and day. It might look a little bulky but the design is clean and functional, and it doesn’t weigh too much making extended sessions much easier. On the device itself is a touch-pad, shaped like a d-pad, for navigating menus as well as a back button. Your phone slides into the front, size A for 5.7 inch Note 5 and S6 Edge+ and size B for the S6 and S6 Edge, and spring loaded clasp locks it into place.

Overall the experience was quite convincing. An issue for me was both the refresh rate and the field of view. The field of view on the Oculus and Vive is a little bigger than in this device, slightly closer to human vision, and if you’re putting a smaller phone, like the S6 or the S6 Edge your FOV is smaller still. The refresh rate is locked at 60hz, and while that’s good enough for gaming, those of us sensitive to motion will have a slightly worse time of it.

That said I did not experience any motion sickness while playing, and it usually hits me pretty hard. On to the software, and we have a few really good pieces to look at here. Top of the list for me was Land’s End. The title is exclusive to the Gear VR, for now, and is something of a puzzle game, though that description doesn’t do it justice. It’s more like an ethereal walk through world’s which don’t exist. It cost $9.99 and is well worth the price.

The other game I played was Eve: Gunjack. A far more traditional experience, an on-rails shooter. It is a joy to look at, it uses Unreal Engine 4 tech and is a steady smooth 60fps throughout. If I were to level one complaint about the game it would be the points pop ups and a generally too busy HUD. I’m playing VR for immersion, in what world do you get club-card points for killing enemies? Combined with the lack of story and you have a game that falls just a mite short of greatness. Still a jot to play and a bargain at $9.99. 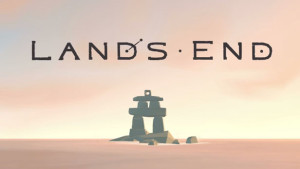 The Samsung Gear VR also has a variety of utility and general entertainment Apps available. I tested out Netflix and the browser. The browser was functional but not something I would use on a day to day basis. I prefer the control available on a PC browser, but seen as it’s still in beta we may see increased functionality in the future. Netflix for VR is a program for people who don’t want to tidy their living room. You boot it up and are presented with a view of a nice, upper middle class sitting room that is spotless. In front of you is a large television to watch the shows. It’s cool, but I expect more. What’s stopping you from seeing a giant Jumbotron-like screen?

At the end of the day, while the Samsung Gear VR is a fine device, if you don’t already own a compatible phone I really can’t recommend a purchase. If you do though the price isn’t too high, getting as low as $99.99, and the content currently available, along with what’s to come, make buying it much more viable. Overall it does a great job of introducing the world to the wonders of virtual reality at a much lower price point than either the Vive or the Oculus Rift. Click here to check out the Samsung Gear VR Headset on Amazon.com (plus automatically apply all discounts)