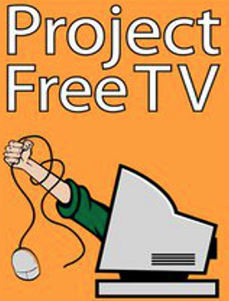 Day after day, week after week hundreds of thousands of television shows air 24/7 whether they’re new episodes of favorites series or repeats of those that have been canceled. With the invention of the television, the cable industry has furiously pumped out numerous hit shows and networks such as FX and Nickelodeon, becoming so massive that it rendered the use of the radio to a car activity. What was once an untapped industry is now a highly competitive market with untold amounts of profit based solely on marketing and production value. In addition to the improvements made on cable television each year, new televisions are created every year offering better viewing experiences for the user. From 3D TV’s to 70” flat screens with 4k video displays, the viewing experience for television is without a doubt at an all time high for those who have cable subscriptions.

However, while the technology at our disposal to create better television and television shows is constantly evolving to be bigger and better so to is the technology that affects the ever popular internet. With various video streaming sites gathering support from those who love hit television shows, the level of cord cutters increase each day. For those that don’t know, a cord cutter is a person who has canceled their television subscription in favor of relying solely on online video streaming sites such as Netflix, HBO, Hulu, and YouTube for their television show needs. In addition to the increasing number of people cutting the cord, devices like Google’s Chromecast and the Apple TV make it easier for people to abandon their cable box subscriptions. YouTube acting as a place where people can catch up on news with various news channels or look at a plethora of creative videos that easily rival and surpass the production of some television shows. The ever growing internet seems to be putting an end to the once dominant cable companies in terms of media for the general populace to enjoy seeing how some of these options are more cost efficient.

But what of those beloved television shows that aren’t on Netflix, HBO, Hulu, or YouTube. How is a cord cutter going to be able to enjoy such hits without a cable subscription. Sure they can try to find various videos of the show but many would be poor quality and/or flipped in order to prevent removal from copyright laws. Thankfully there was a group who sought to rectify such an issue before the rise of big name online streaming sites like Netflix. The project simply titled “project free tv” was designed to liberate those who were forced to pay outlandish cable subscriptions to view hit television shows.

Project free tv’s mission statement is quite clear and simple; share popular television shows and movies in high quality for free to the masses fearing that the general populace is becoming a hive minded slave to the outlandish subscriptions set forth by cable companies. With a library that dates even back to 2003, they sought to enable the general public to still enjoy their hit television shows from anywhere so long as they had an internet connection and a device capable of using the internet i.e. a smartphone, tablet, or laptop. But with all of that being said, why isn’t project free tv being hailed as the savior from unnecessary cable packages and the monthly fee’s required to use online streaming sites like Netflix and Hulu? Or alternatively, why are they not being sued by every cable provider in existence as their mission statement is a direct conflict to the television market? 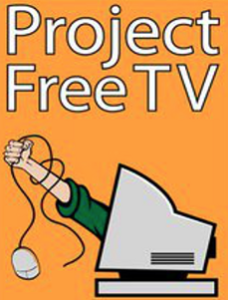 Well unfortunately project free tv had fallen of the map. On July 24th 2016, fans of the service were left speechless, hearts filled with rage and sorrow as the website went down with no word from the group. Were they done for ever or were they forced to close down and face legal issues? Thankfully the once heartbroken fans were once again filled with exuberant amounts of joy as the website was restored a few days following its unexpected exit; with one difference however. The difference was that when project free tv was restored, it was restored to a brand new domain name. Whether this was to prevent future legal issues or just better user functionality, we don’t quite know. However you can still easily find the site just by searching on your desired search engine “project free tv” as the new domain name will be the first website to appear in the plethora of results.

Maybe the closing of the old domain was purely monetary. If project free tv couldn’t continue to pay for its domain name, that could be one reason why they were forced to switch. With a group that focuses on making television shows free to watch, how do they make their money to stay in business? Well as most websites that wish to provide services like this for free, they most likely make money based on advertisements on their site. This use of advertisements would give them enough money to stay up and running. 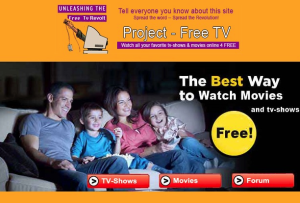 However there has been much confusion over project free tv. Its common knowledge that if something is successful, there will always be those who attempt to imitate. It has happened with the overwhelming successful video game titles Minecraft and Five Nights At Freddy’s. Thus forth there are a plethora of duplicate websites with the words “project free tv” in their domain. With many being spam that can be used to inflict malicious software into the user’s device, others do actually provide television shows.

Once the pioneer of making television shows free to the general public they have seemingly fallen of the map despite staying live. With numerous imitators and fakers, it is hard to actually find the real project free tv website. So those who wish to use the sites services, be wary of what sites you visit and download from as they can be imitators that wish to harm your device. Unfortunately their legacy has been shrouded by imitators and fakers but has sparked a movement that still benefits consumers.