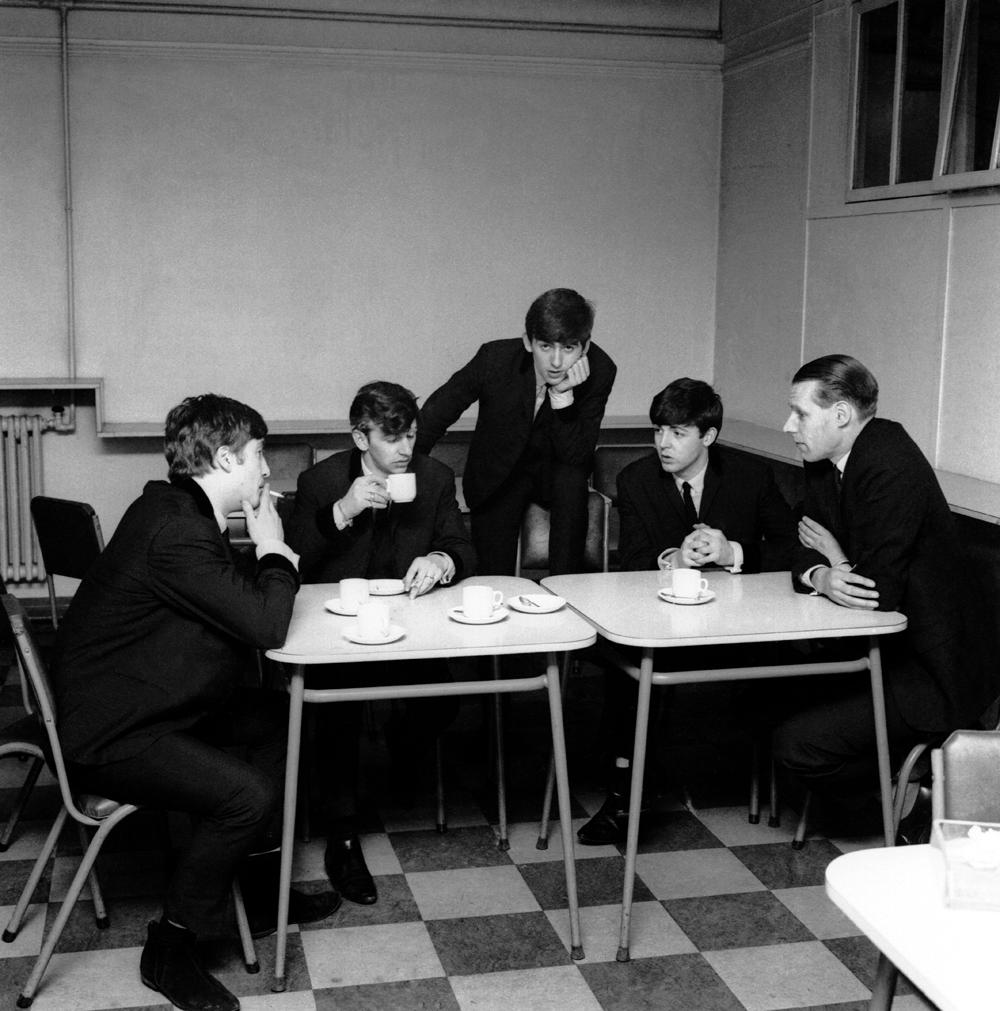 The world lost one of its greatest musical innovators and minds this week when Sir George Martin passed away on March 8th at the age of 90. During Martin’s storied musical career, which spanned six decades and involved thirty number one singles in the UK alone, he achieved his greatest acclaim for producing nearly all of The Beatles’ commercial releases. As a result of his contribution to popular music and culture, he was knighted back in 1996.

In the late 1950s and early 1960s, Martin worked for EMI as a record producer, working 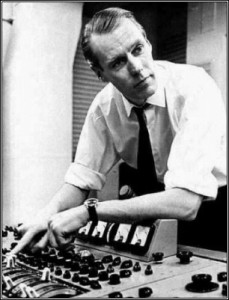 mainly on classical music, comedy albums, and some lesser-known pop artists in England. In 1962, he was given a demo from The Beatles’ manager Brian Epstein, and decided to take a chance on the young, unknown band. He produced their first album and when it found immediate success, he would remain as a producer and collaborator for the band until they broke up in 1970. At that point, he would continue to work with Paul McCartney, George Harrison, John Lennon, and Ringo Starr on their solo work.

Over the years, Martin became known as a tasteful innovator, pushing The Beatles to try new styles and mix up their instrumentation. He was a perfect fit for the biggest band in the world, with each of his new sonic directions meshing with the style of the group and creating huge leaps in the world of rock music. Later, on reflection, both John Lennon and Paul McCartney would reflect on the massive impact Martin’s helping hand had on their music, with McCartney referring to him as “the fifth Beatle.” From the first recorded guitar feedback on “I Feel Fine” to the carnival instrumentation on “For the Benefit of Mr. Kite,” George Martin was astride The Beatles the entire way, filling out and building upon their sound.

After the split of The Beatles, Martin would go on to work with a range of other artists, including the band America, Jeff Beck, Elton John, Dire Straits, The Who, and more. He also composed music for films, including recording the theme songs for the James Bond movies Live and Let Die and Goldfinger, as well as The Who’s Tommy. What follows is a list of ten of George Martin’s most recognizable, innovative, or otherwise impressive pieces of music.

The first song on the list is the first single released by The Beatles, which set the tone for George Martin’s relationship with the band for years to come. Though he was never pushy, his suggestions often ended up making it onto the records. For example? That harmonica line that John Lennon plays throughout “Love Me Do” was a suggestion of Martin’s. As was the fact that the original Beatles drummer, Pete Best, was removed from the band when he couldn’t play this song properly on record. Their replacement drummer, Ringo Starr, was also unable to play the song, and was relegated to tambourine while a session drummer ended up playing the drums for this song.

This song came out with and served as the title theme for the James Bond movie Goldfinger in 1964, the same year The Beatles made their major label debut. It features a regal brass section and dramatic drums, and was composed and produced by Martin. The song would do well independently of the film, becoming a Billboard hit and leading Martin to be asked to work on another James Bond theme in the ’70s.

“In My Life”, a song from The Beatles’ 1965 album Rubber Soul, is one of the group’s most recognizable and loved songs. In the studio, the song was complete except for a few bars close to the end that they were saving for a solo. The Beatles didn’t know what kind of instrumentation to do for the solo. Martin himself composed and recorded himself playing a piano solo that was reminiscent of Bach. Then he took the recording and doubled the speed of it, raising both the tempo and the pitch of the recording, which gives it a quaint sound like a harpsichord. Manipulating tape speed in this way was the kind of innovative technique Marin will be remembered for.
https://www.youtube.com/watch?v=DUDje4cTev0

Another one of The Beatles biggest songs, “Eleanor Rigby” was a great accomplishment for Martin because the entirety of the instrumental portion of the song was composed by him, without The Beatles themselves playing any instruments. Martin said that with “Eleanor Rigby”‘s instrumental section he was trying to emulate the punchy, scary violin sound in the soundtrack to the movie Psycho.

#6 – Live and Let Die – Paul McCartney and The Wings

After the success of his Bond theme Goldfinger in 1964, Martin was asked to produce the title song for Live and Let Die in 1973. This time, he elected to use huge string swells alongside the horn section and massive drum sounds, as well as a strange calypso-inspired section. The song, performed by Paul McCartney and The Wings, would go on to be the most successful Bond them ever at the time. It was nominated for a Grammy, reached a high peak on the Billboard singles chart, and has been covered by a multitude of other artists over the years. A few short instrumental pieces composed by Martin also appeared on the soundtrack to the film.

The original version of this song, which was released by Elton John in 1973 and was a tribute to Marilyn Monroe, was not produced by George Martin. However, in 1997, following the death of Princess Dianna, Elton John rewrote the song and enlisted Martin to produce the revised version, which has lyrics examining the legacy of Princess Diana. The song would go on to be immensely popular, surpassing the original version and going on to become the second best selling record of all time, trailing only Bing Crosby’s version of “White Christmas”. Martin produced the song tastefully and simply, with Elton John’s voice at the forefront and a swirling organ and piano providing the extent of the instrumentation.

George Martin contributed to a number of Jeff Beck’s albums, including his popular instrumental album from 1975, Blow by Blow. The album features a cover of a Beatles song, and appearances and songwriting from Stevie Wonder. The album also contains a dizzying range of elements, including funk and reggae tracks, as well as a masterful arrangement on the song “Diamond Dust”. All of these elements are set forth in a tasteful, clean mix by Martin, and the album would end up being certified platinum.

At this point, the list becomes increasingly Beatles-centric, which is only fair because Martin’s central contribution to pop music came from his work with the band. “Strawberry Fields Forever”, one of The Beatles’ most recognizable tracks, is also perhaps their track with the most interesting backstory. The band had been working on the Lennon-penned track for ages, and were unable to settle on which of two separate versions to use. The two versions of the song were at different speeds and in different keys, but, at Lennon’s insistence, Martin had to manipulate the tape to combine the two songs into one super-take of the song, which was the version that ended up being released. The song also features backwards tape, recorded samples, and strange instrumentation, all of which have caused it to be considered one of the most interestingly-recorded songs in the history of pop music, and a defining moment in psychedelic music.

The Paul McCartney-penned track “Yesterday”, arguably the most recognizable Beatles song ever, is another example of a song where the band relied on Martin’s judgement to finish a song where they weren’t sure what direction to take. Paul McCartney first thought of the melody during a dream, and titled the song “Scrambled Eggs.” Once he had written proper lyrics for the song, the rest of the band were unsure what to play during such a sad, wistful ballad. This is where Martin’s clear-headedness prevailed. Instead of trying to get too ambitious with the track, he left it very sparse, with just one acoustic guitar and a hardly-there orchestral arrangement to accompany McCartney’s voice. The song would become of The Beatles’ most profitable hits, and is has become an oft-cited example of George Martin’s decision-making and songwriting prowess.

“A Day in the Life” is the centrepiece of The Beatles’ most acclaimed album and has been called their greatest song by publications like Rolling Stone. The song contains what were, at the time, wildly inventive studio techniques for pop music which have changed the way popular music is recorded. For twenty-three bars in the middle of the song, Martin had a full orchestra improvise; he provided only a very basic score for the orchestra players that consisted of the note they were to start on, the approximate note they should be at in each bar, and the note they were to end with. The orchestral track was then played three more times to create the effect of a massive orchestral nightmare, and the section is revisited near the end of the song. While the idea of a huge, improvising orchestral crescendo had been Paul McCartney’s, it had been Martin’s technical ability and knowledge of theory that had allowed the band to pull it off and make it sound good. The second defining moment of the song happens right at the very end, when three pianos and a harmonium strike the same chord at the same time, and the sound of the sustain from the piano rings out for the final seconds of the album at an increasing volume in another instant-classic moment of pop psychedelia.