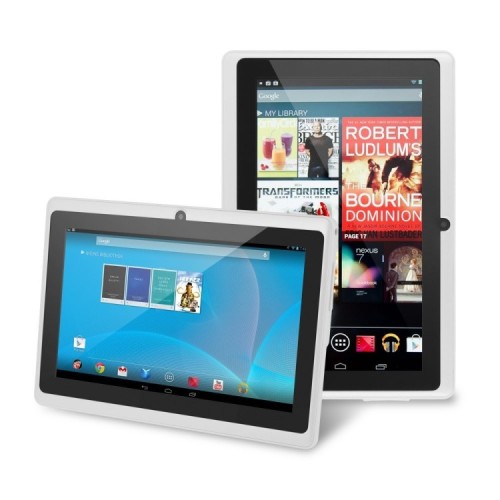 The Noria T2 Tablet is the newest offering from Chromo, Inc in their line of budget-friendly tablet designs. Meant primarily to be an entertainment tablet, there are a few shortcuts made in the tech and manufacture departments (though they aren’t deal breakers). First, let’s take a look at the specs.

Now that we have the objective data out in the open, let’s take a look at the pros and cons of this tablet.

In this case, bigger wasn’t exactly better. Coming in at 13cm, I found it easy to use while mobile, and even easier to store than most full size tablets. While it is certainly large enough to read on, and even watch Netflix, it’s not so large that I had to carry it in a satchel or backpack; It easily fit into
the pocket of scrubs pants I typically wear while working.

With the 3G adapter (and a quick visit to my cellular provider), I found it much more useful than the typical tablets I work with. While with this feature you are at the mercy of the provider as much as the tablet, it was a welcome respite from saved music to be able to stream Pandora reliably and quickly with the device throughout the city. 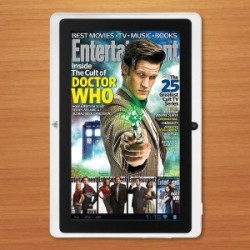 In most cases, I wouldn’t even mention this. It’s a given, most tablets with perform well with Google Play Apps, and if they don’t, they’re more brick than computer. In this specific case, however, I believe it’s worth a mention. My benchmark for testing “real-world” capabilities for most mobile devices is an App called Epocrates (essentially a medical library in your pocket) which is incredibly data heavy and on most devices, and if played with enough will crash in a matter of minutes, or overheat the tablet. To Chromo Inc.’s credit, and my amazement, no such thing occurred when running through diagnostic and reference data for several hours.

Now, as we always must, let’s take a look at where there could be some improvement.

While not horrible, the device’s resolution is far from the best. Standard videos run fine, and given the screen size are pretty clear, however I would not recommend trying to watch something like Planet Earth on this device; It’s just not made for that level of quality video. Likewise, when testing Skype on the device, the camera reminded me of standard webcams of perhaps 8 years ago which wasn’t something I was impressed with.

This is more of a personal gripe than anything else. While I am well aware of the Chromo T2’s port for Micro SD cards, and would have no problem slapping in another 16GB of memory, I would have appreciated at least half as much already being present in the device. Most users will likely find either the 4GB sufficient with a 3G connection or have no issue with shelling out another $15 for extra memory, which in the grand scheme of things isn’t a huge investment.

In my experience with the Chromo Inc. T2 Tablet, I would say it’s decent, given the MSRP of $50 (It’s currently on sale on Amazon for around $44). It’s a good tablet for those who would like to kill time, or have the work-based tasks that require you to be both on your feet and have tech handy. However if you’re planning to make this a pure “movie machine”, my recommendation would come with reservations as spending another twenty to fifty dollars would likely be in your best interest. Given the battery life, I’d say this would make for an excellent back-up tablet, or if you’re a newcomer to this type of tech, the T2 is a decent starter. With the Chromo T2, you’re getting a value tablet, at a great price.