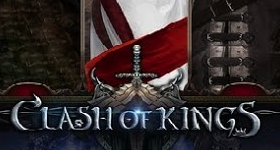 Clash of Kings: Last Empire, another MMORTS  RPG game similar to other strategy games like Clash of Clans where you build an empire to battle other players. Let’s cut right to the chase and help you out with some of the best new cheats and tricks for 2018!

Buildings have different roles and functions in the game like training troops, housing your resources, research for advancement, etc. Below are the types of buildings and their functions: 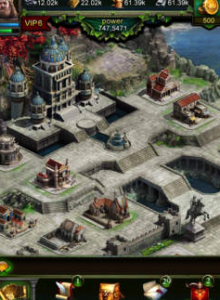 Troops are required to attack neighboring players and pillage their resources. Build low-tier units. for efficient farming. Each troop has its own strong vs. weak against other types. Listed below are your troop’s buildings: 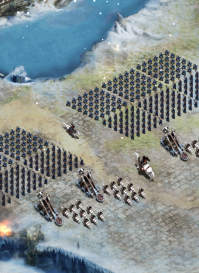 Forging is an essential part of this game as it enhances your equipment to make it more advanced and powerful. It requires resources like materials, an extra equipment (level one is exempted), and steel you can forge in the blacksmith. Let’s look at the items.

Each material gives buff bonus to your equipment. They can be obtained via killing monsters, port gifts and, of course, farming. The quality of a material is identified by their color and there are six of them: White, Green, Blue, Purple, Orange, Gold (lowest to highest). You need four of the same color and material, then synthesize each color levels to obtain the highest color (Gold). Here are the list of color upgrade (forging the lowest color first):

There are five different types of equipment, namely: Helmets, Shirts, Pants, Boots, and Rings. Each of them have five different levels, different colors, and each level gives different buff bonus that can be forged.

Steel is an important resource in equipment forging and you can get large quantities of it on a daily basis via Wishing Well.

Merging an equipment into crafting requires two pieces of equipment above level 1 to complete the forging and cannot be lower than 5 levels of an equipment that is forged. You can queue one equipment in forging at a time and is dependent on equipment quality. The higher the quality, the longer the queue.

Before you equip your forged equipment, be sure to check the buff bonus you have and swap your equipment if necessary, keeping in mind that most buffs have similar bonus.

Location of Materials in Clash of Kings

Materials are obtained through resource gathering, killing monsters, and via the Traveling Merchant who, oftentimes, offers premium Material Chest. Here are their locations and monster drops and their respective attributes (take note that all types/levels of ore are dropped by monsters regardless of their level):