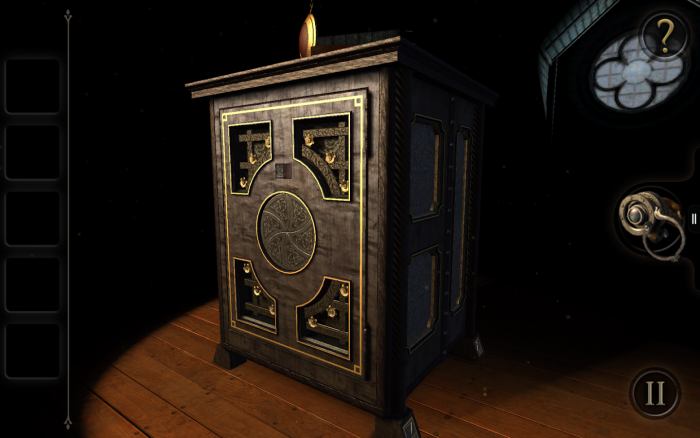 The kinds of games in the puzzle genre come in two flavors. Abstract Tetris-style arrange ’em ups and the more cerebral, or true, puzzle game. The Room is one of the latter. Originally released way back in 2012 for iOS, with an android release following a year later. I played the long awaited windows release. The concept of the game is simple. In front of you is an ornate box. You must solve the puzzles contained on each box to access the next box, contained within the previous in a matryoshka-esque labyrinth of smaller and smaller chests.

I found the puzzles to be engaging, and the atmosphere chilling. The story is told via log book entries and depicts a mans search for a mysterious alchemical element. The game has two sequels available on mobile platforms, so if you’re looking for games identical to this one you’re all set. But what if you’ve already finished those? Or you’re in the mood for more games that share the spirit of The Room? Well I have some great news on that front, here’s a list of five games like The Room. 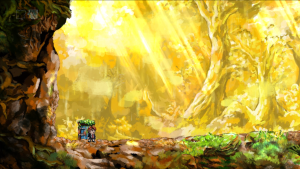 In the same vein, but with a radically different approach, Braid is one of the finer puzzle games made in the last decade. Instead of solving puzzles to open a box, you solve puzzle while side scrolling, in an environment akin to the old Super Mario games. The games unique time travel mechanic makes for some mind bendingly original puzzles, and the art direction is simple, but very pleasing to the eye. You play as a man called Tim on a quest to save his princess. The story is told through log entries, much like The Room, though this time before each stage rather than strewn through it.

The ending of this game is nothing short of astounding, and it wonderfully recontextualizes the plot, almost demanding a second play through. Reading it the second time is an almost uncomfortable experience. While the game has been out for a long time, I won’t spoil anything. There is also a possible subtext involving the creation of the atomic bomb, but I find that to be too esoteric a reading of the game. Still, if you’re in the market for some of the finest puzzle platform around find yourself a copy of Braid. 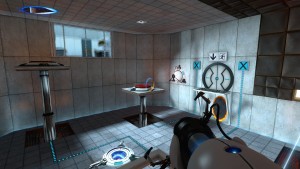 The second game was released in 2011, but its the 2007 original that I would recommend. While the second game had more puzzles, better graphics and the excellent vocal stylings of Stephen Merchant, the original is a much tighter, more focused experience. The game is based on a student project called Narbacular Drop, a word they made up so as to make it easy to find. Valve hired on several members of the creative team, and began working on a full fledged product with the same core mechanic. Portal is a perfectly pitch black two hour long mind bender of a game. The puzzles are brilliantly designed, and rather intuitive for anyone with even a vague understanding of physics.

Regardless of how great the game play is, I feel like the game wouldn’t be half as enjoyable if it weren’t for the pitch perfect performance of Ellen McLain as GLaDOS. Writers Erik Wolpaw and Chet Faliszek penned one of the funniest games ever made, and if you haven’t gotten around to playing it yet, I cannot recommend it enough.

3 – Broken Sword: The Shadow of the Templars 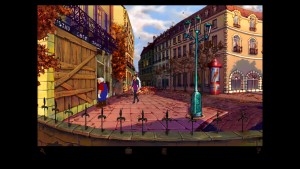 Let’s take a dip into the old school for a moment. The Room owes a lot to the point and click adventure games of the past. So I feel it’s only right that I include one of my favorites on this list. Broken Sword was first released on PC back in 1996 and has since been released on pretty much every device ever, including iOS and Android. The game is beautifully animated, has an excellent conspiracy laden story, which takes you on a whirlwind trip around the world trying to discover the secrets of the ancient Templar order.

Dan Brown ain’t got nothing on this masterpiece. The puzzles can be a little tricky, significantly less intuitive than The Room, but it was a different era. The game is pretty short without them though, I ran through it last time in a few hours. If you’re in the mood for a gripping narrative and old-school fiendish puzzles, then check out Broken Sword: The Shadow of the Templars. There are also a lot of sequels, but besides the second game I cannot vouch for them. 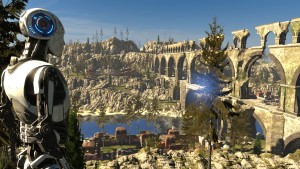 The Talos Principle carries on the tradition of the Myst games. A gorgeous first person puzzle game, with a philosophical bent. You play as a robot, who seems to have the mind of a man. Throughout the game you solve puzzles, only broadly connected to narrative, shutting off robots or force fields and trying not to die in pursuit of the tetromino shapes. This call back to older puzzle games is not lost on me. The visuals are astounding, on the PC at least, and the atmosphere is serene. The story is interesting, though more for the themes underlying the core narrative. As is the case with most of the games on this list, you discover what happened to the world through data entries and audio logs.

The details aren’t important, but the questions the game asks about the nature of choice, and its ideas on post humanity being built in a manner very similar to biblical humanity are fascinating. If you’ve got a few hours to kill then The Talos Principle is a good way to do it. I will say this, if a piece of art is meant to be considered as a whole, a self contained message, then releasing DLC kinda undercuts it somewhat.

1 – Professor Layton and the Azran Legacy 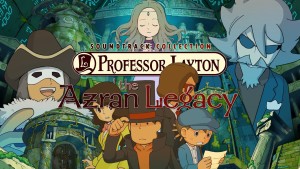 Honestly, any game in the Layton series could have gone here, the Azran Legacy is just the latest entry in the series. The first game, The Curious Village, was released way back in 2008 for the original Nintendo DS, this most recent installment is for the 3DS, but the core game play is unchanged. You play as the Titular Professor and must solve mysteries. Well, sort of. In reality you solve unconnected puzzles and have a story play out in front of you. The plots tend to be interesting, and some of the puzzles are fantastic, but that disconnect between game play and narrative can be a little jarring, especially seen as the Layton series follows in the footsteps of games like Broken Sword. In spite of that small short coming, all of the Layton games are fun, and they share The Rooms core puzzle design, the fact that it can be played in little bursts of achievement.

Where this game really shines is in its wonderfully animated cut scenes, produced by P.A. Works. That company also made the Professor Layton film, which was well received. If you’re in the mood for a fun puzzle game, with a more engrossing story than The Room, then you can’t go wrong with a Layton game.

So there we are, five games like The Room. I realize that these games don’t have much of a superficial connection to The Room, which at times felt a bit like a horror game to me, but I hope you can agree that the spirit of the puzzle game is in all of them. So if you have any games to recommend yourself, be sure to leave a comment to let me know.