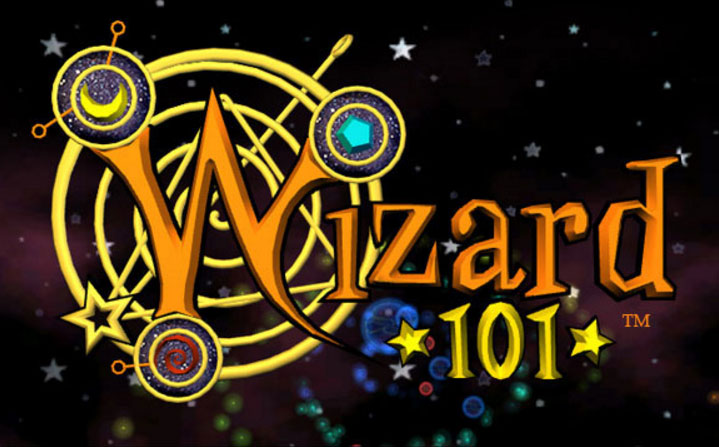 Wizard101 is a game that has been around for a while, and unfortunately, it’s not really as popular as it used to be. Wizard101 is a fantasy-based MMORPG, where players create a young aspiring wizard, who completes quests and participates in turn-based strategy combat. The game was initially marketed towards younger people, and it saw a large advertising campaign on different kids television networks. Although people still play Wizard101, it probably peaked a few years ago. With PC gaming so much more popular, young gamers have a lot more choices now when it comes to playing games on their computer.

However, Wizard101 was pretty cool during its heyday. It was a good entry-level MMORPG, having the same core mechanics as most other MMOs without feeling overly-complicated. The developers also insisted on making the game as family-friendly as possible, which was either a very good choice or a very bad choice. On one hand, this allowed them to have the younger demographic to themselves. On the other hand, this alienated a lot of older users. If you enjoyed classic Wizard101, you may be interested in looking for an alternative. Whether you’re looking for something a little more mature, a little more popular, or just something different, you should be happy to know that the fantasy MMORPG genre has only gotten more popular over the years. Without further ado, here’s a list that I’ve compiled of the top five games like Wizard101.

This is sort of a cheap choice, but I’m making it anyway. As you can probably guess, Pirate101 is made by the same folks who made Wizard101, as a less “dorky” alternative to the fantasy-based Wizard101. In this game, you create a pirate who sails the seven seas to complete quests and make friends. In terms of core gameplay, this is really similar to its sister game. You have similar-looking characters, nearly identical combat, and so on. This game is really the perfect transition for someone who is trying to get out of Wizard101, since they’re basically the same game presented in a different way. 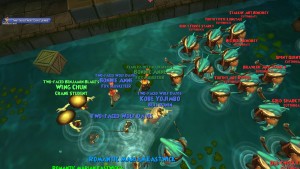 However, Pirate faces the same issues as its fantasy-themed comrade. The game is meant to be family-friendly, so you may find yourself overly restrained as an adult user. (If you’re looking for a game that is safe for children, though, this is a great pick.) Also, as a game that has been less heavily marketed over the years, Pirate101 is significantly less popular than Wizard101. If you’re looking for a game that’s always heavily populated, you may want to look elsewhere. Nonetheless, Pirate101 is probably the most similar to Wizard101 out of every other game on this list. It’s just as family-friendly, just as approachable, and the games themselves are strikingly similar in gameplay and interface. However, I think it’s better to take a step forward than a step laterally when you’re looking for an alternative for a game that you enjoy. The next games on this list take steps forward, without a doubt.

If you played Wizard101 when you were a younger kid in 2009-2010, then that would make you a teenager now. Most of their users were between the ages of 8 and 12, so you’re no younger than 13, no older than 18. The difference between the interests of a 15 year old are vastly different from the interests of an 11 year old. It would be completely understandable if you’ve outgrown fantasy games entirely. You may feel nostalgia for Wizard101, but you may think that it’s only “for kids” and that you’ve grown up to like more mature things. If this hypothetical person that I’m describing sounds like you, then I can’t recommend DC Universe Online enough. 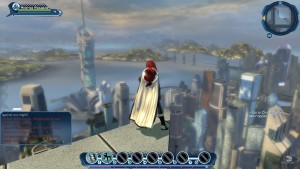 In this game, you are able to create either a hero or villain, who fights alongside different comic books characters from the DC universe. You’re able to customize your character’s personality, appearance, super powers, and so on. With the superhero genre more popular than ever these days, DC Universe Online only becomes more popular. Combat in this game is more action-based than combat in Wizard101, which could be a welcome change for someone who found Wizard101’s turn-based combat to be a little dull. Not only that, but DC Universe Online is wildly popular, being available across a variety of different platforms under a free-to-play model. I didn’t rank this game any more highly because I don’t think it’s really all that similar to Wizard101, although it does have certain aspects that I think a fan of the original game might be looking for an alternative. The next games on this list manage to feel this way, while still holding true to Wizard101’s original fantasy-based, strategy-oriented gameplay.

Guild Wars 2 feels like a natural successor to Wizard101, being true to the game while still introducing new features that makes it feel more fresh and more “grown-up”. This game is pretty much your standard MMORPG. You create a character, who you level up and progress through a story, which is actually affected by the player’s actions. (This aspect of the game is pretty unique in MMOs, whose stories are usually pretty hollow, with greater emphasis being placed on socialization and grinding than story and roleplaying.) Like Wizard101, combat in Guild Wars 2 is largely strategic, although there is definitely more action to it than there is in Wizard101. 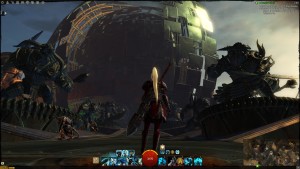 Guild Wars 2 is a teen-friendly game, and I’ve found that it boasts a population that consists of a pretty large age range, but you should also keep in mind that this game is a little darker than Wizard101. If you’re looking for something more cartoonish and fun, you should probably keep reading. I really personally enjoyed playing Guild Wars 2, but I think that some of the other games on this list are a little more family-friendly, while still appealing to a more mature audience. (Because remember, limiting itself to one demographic is precisely what sunk Wizard101 to begin with.) Some younger folk may be confused by Guild Wars 2, which is why I think the game that tops this list deserves its spot.

Yes, this is one of the few lists about MMORPGs where you won’t find World of Warcraft sitting pretty at the top spot. WoW is an absolutely iconic game, and it has pretty much defined its genre. I talked briefly about Wizard101 being a great entry-level game for someone wanting to get into MMORPGS, and World of Warcraft is a game for someone who is familiar with the genre, and wants to go as deep as they possibly can. In WoW, users create characters from a wide variety of different races and classes, and they grind, join guilds, complete quests, and several other things that you’ll find in any baseline MMORPG experience. 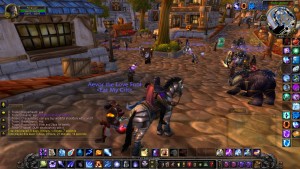 World of Warcraft doesn’t really do anything completely unique, but that’s because they pretty much pioneered everything that we now think of as “standard” in an MMO. The concept of completing quests leading to experience leading to leveling up is pretty much the norm in most MMOs these day, but before World of Warcraft, quests were more story-based, with it being more efficient for players to camp spawns than complete quests. World of Warcraft isn’t quite as popular as it was in the past, but it still has a very loyal user base, which is constantly being replenished as new users flock to recently released expansion packs.

This game is amazing, and it’s a great fit if you’re looking for something like Wizard101, but that is a little more sophisticated. However, WoW suffers from the same pitfall as Guild Wars 2 when it comes to being a Wizard101 alternative, in that it can sometimes feel a little overly-complicated. Not to mention, I think that a good majority of World of Warcraft users are adults, which means you can’t expect as much of a kid-friendly experience that you might find in Wizard101. The next game on this list, while it may not be as “good” as World of Warcraft, is probably the most quality Wizard101 alternative out there.

If you played Wizard101 during its heyday, you’ve probably at least heard of Runescape, which was (and still probably is) the most popular browser-based MMORPG in existence. Developed by Jagex, Runescape is a game where players create characters who explore the overworld to find loot, complete quests, and slay monsters. This game manages something that few other games on this list accomplish: it is approachable, while still being enjoyable for an older crowd. I remember playing classic Runescape when I was in high school, and I honestly had no clue what I was doing. I still had a great, time, though. I recently opened up classic Runescape again, for old time’s sake, and I realized that the game was actually much more complicated than I originally thought. 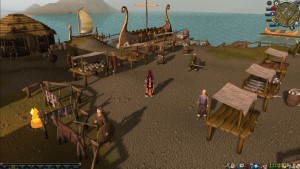 Runescape has been updated into a more modern-looking MMORPG, but if you’re aching for nostalgia, 2007 Runescape was recently made free-to-play. Having these choices available to players makes Runescape even more broadly appealing than it was before. Combat in Runescape is really simple, and little strategy is involved on the surface. However, with all of the different skills and equipment and gear that are available to the player, the game can be as complex as you think of it. Runescape’s general tone is also very similar to Wizard101’s, in that it doesn’t ever really take itself too seriously. Moderation is pretty good in this game, and I would personally consider it to be family-friendly. However, a lot of users are also older and more mature, which means that there’s a social niche for pretty much everyone.

Although Runescape may not actually be as high-quality as games like World of Warcraft and Guild Wars 2, it is the most like Wizard101 while still feeling like an upgrade. It’s easy to get into, it’s easy to make friends in, and it’s a good fit if you’re looking for something with a more safe online experience. I recommend Runescape as a Wizard101 alternative for pretty much anyone, both children and adults alike. If you’ve ever played Runescape in the past, I also suggest that you revisit it. Jagex is constantly adding new content, so the game never feels stale.

If you know of any other games like Wizard101 that you would like to share, feel free to tell me about them in the comments below.