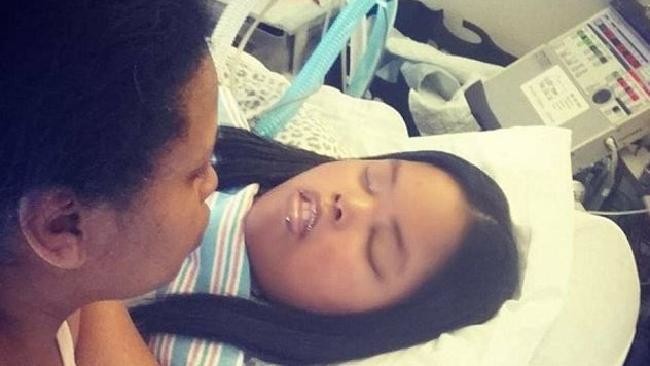 Back in 2013, then 13 year old Jahi McMath took a visit to UCSF Benioff Children’s Hospital in Oakland to receive a few much needed surgeries. Her parents claimed it was “just a routine tonsillectomy” however it was a bit more complicated than that. Jahi suffered from sleep apnea – a condition which affects a person’s breathing while they are asleep. The causes of sleep apnea range from being overweight to smoking; however, in Jahi’s case it was thought to be related to her tonsils. During the surgery she had her tonsils removed as well as some of the tissue in her throat and nose. Just like any other surgery there was of course going to be risks and with something this serious it became more dangerous than anyone had hoped. After surgery, Jahi suffered massive blood loss and due to that she went into cardiac arrest. The loss of blood caused her entire brain to essentially shut down and three days later, Jahi was declared legally dead.

In spite of this dreadful news, Jahi’s mother wasn’t about to give up. She took to social media and proclaimed that Jahi will not give up and reached out to anyone she could. Word spread and an undisclosed hospital in New Jersey stated they will take care of Jahi. Since then her mother and Jahi’s millions of supporters have been praying each day for her to overcome the odds and awaken once more. She’s 15 years old now and despite medical professionals claiming her organs will not last, she’s still just as strong and beautiful as ever and keeps on fighting. Her mother continuously updates the status of Jahi via a Facebook support group and recently posted a new picture with an update of Jahi’s health. The status reads:

“Beautiful Jahi and her lovely mother. Recent picture of Jahi with her loving mother. Jahi as healthy and beautiful as ever, proving the naysayers wrong. A fighter, A warrior, A blessed child, Gods got your back little girl, keep fighting. Your testimony will be a great one. Prayers going up from many, all the prayers, good wishes combined with your mothers love for you which is pure and soothing will definitely keep you going. Stay blessed everyone and thank you for your prayers and love.”

While this is great news, her mother is still fighting a legal battle. Jahi may only stay in this one hospital in New Jersey as insurance refuses to help pay for life support. Because she is declared legally dead she has no rights and her mother is doing everything she can to revise the death certificate. If that happens then insurance will be forced to pay for life support and Jahi will finally be able to stay at a hospital back home in Oakland to be near her mother once again.

Seeing this amount of love is rare these days and despite harsh criticism her mother and the rest of her family refuse to give up. It has been an uphill battle but miracles can happen when you least expect it.