The legal battle between American professional wrestling personality Hulk Hogan and celebrity gossip website Gawker has come to a close for now. Hulk Hogan has ended up with a massive settlement, and the results may be devastating to Gawker.

Hulk Hogan is the stage name of Terry Bollea, a 62-year-old from Augusta, Georgia. Bollea sued the website for posting and refusing to remove a video of him having sex. His attorneys claimed that the video violated his privacy, especially when Gawker ignored official orders to take the video down. Late last week, the jury awarded Bollea $115 million in damages, which is around half of the reported worth of Gawker Media as a whole. Today, the same jury awarded further damages to the wrestler. Gawker Media has to pay Bollea $15 million in punitive damages, while the site’s founder has to pay $10 million to Bollea personally. Overall, the lawsuit’s judgement comes out at around $140 million in Bollea’s favour. 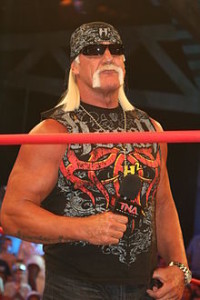 Today, it took the jury around four hours to decide that Bollea should be awarded the amount he was awarded. Bollea sat in the courtroom with his trademark white handlebar moustache and white hair. He was also wearing a black do-rag, black t-shirt, black blazer, and a crucifix chain. After the judgement, Bollea was visibly elated outside the courtroom, declaring that he was very happy and that he thought he had made history with his victory over Gawker. The president of Gawker, on the other hand, complained that not all of the evidence had been made available. Heather Dietrick of Gawker said that she is confident that Gawker will end up winning the case in an appeal. In closing arguments, the lawyer who was representing Gawker asked for mercy for the company, saying that further punishment on top of what had already been handed down wasn’t necessary.
The conflict started back the spring of 2012, when a video of Bollea having sex appeared online. When the tape was first released, Bollea was heavily criticized for racist remarks he made against African Americans in the video. Since then, he has been recording making other racist comments in a phone call, and has apologized for the incidents. He claims that he is, in fact, not racist.

In October of that same year, Gawker posted a clip of the incident. Back in 2012, it was ruled that Gawker wasn’t breaking copyright by posting the clip. Since then, Bollea has taken legal action against various involved parties, and the case has been followed closely by the media. Earlier in this particular trial, Gawker made the argument that they posted the sex tape because it was newsworthy. They claimed that the tape was newsworthy because of the scale of Hulk Hogan’s celebrity, and the fact that he had been vocal about his sex life in the past.

The trial drew further media headlines last week when Albert Daulerio, who used to be 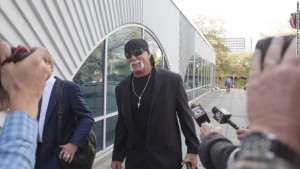 Gawker’s editor in chief, made a joke about pedophilia while testifying in the case. He said his comments were a poor attempt at wry humour, but they did not go over well with the jury or Bollea’s attorneys. Since its beginnings, Gawker has been noted for its crass style and ruthless sense of humour. A continuation of this was seen with the actions and words they used in the Hulk Hogan case. Nick Denton, the owner of Gawker and the other man named in the suit besides Daulerio, is said to have a net worth of around $300 million.

Terry Bollea became a prominent figure in American entertainment and culture in the ’80s and ’90s with the rising popularity of his Hulk Hogan character in the World Wrestling Federation. As a youth, he was a skilled baseball player before switching his focus towards wrestling. He began wrestling seriously at the age of sixteen. He enjoyed stints as a musician when he was younger, and he began his professional wrestling career in the late ’70s. He was immediately notable in his early years because of his massive size of 6’7, and weight of around three hundred pounds. He would go on, within various wrestling organizations, to become known across the world. 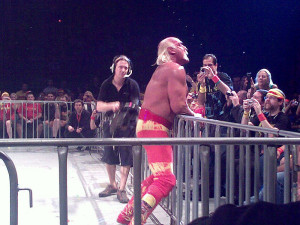 This ruling casts uncertainty over the future of Gawker Media. Gawker was founded by Nick Denton and Elizabeth Spiers back in 2003. Gawker is the biggest blog that falls within the blogs owned by Gawker Media. Other blogs owned by Gawker Media include Deadspin and Jezebel. While Gawker is a popular website, it has attracted controversy from the start and has been surrounded by legal troubles for years. These troubles have come as a result of poor journalistic standards and ethics. They are also known to have controversial policies with regards to editorial choices, and a repeated failure to comply with the law. They have also gotten themselves into legal trouble for wage related issues. These issues come alongside occasional good journalism and well-written pieces, as the site aims to provide a high-brow celebrity gossip experience. Since the Hulk Hogan sex tape was released, they have been trying to brand themselves as more of a political site than a celebrity gossip site.

Back in 2006, Gawker drew the ire of celebrities for their “Gawker Stalker” feature, which showed the locations of celebrities on an interactive map. “Gawker Stalker” was criticized for being dangerous for celebrities who wished to stay anonymous. In 2008, an investigation was launched after Gawker posted leaked emails, photos, and other information from the email account of Sarah Palin. In 2011, they were heavily criticized for leaking email exchanges between a US congressman and a woman he had met through Craigslist. The congressman was forced to quit his job shortly after the leak. In 2012, Gawker made a post revealing the identity of a well-known moderator on Reddit who was involved in legally suspect activities. This move resulted in all Gawker content being banned from being posted on Reddit.

These incidents only scratch the surface when it comes to the controversy that has been associated with Gawker’s name. They’ve had mass layoffs of their staff, as well as high-profile hirings and firings. They have battled with one of the media companies they’re in direct competition with: Conde Nast. They’ve been criticized for their practices by endless media personalities and celebrities. At the same time, they’ve been highly praised by certain publications for their innovative strategies and ruthless approach to journalism. At this time, it is yet to be seen exactly how they will pay off their legal fees, and if they’ll be able to continue to function in their wake. Gawker has been said to have received outside investment to help fund this legal battle. As of now, Gawker and its affiliated sites are still live and active. Around 250 people currently work for Gawker Media under its various platforms.

It seems inevitable that both judgements in this case, particularly the punitive damages, will influence similar sites when they go to make editorial decisions in the future.