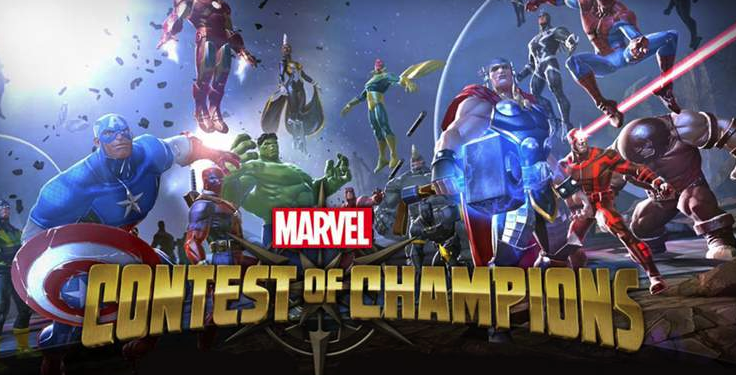 Are you constantly losing your battles one by one when the game finally start to get a bit difficult?  Looking for ways to improve your gameplay so that you can compete with your friends?  You have come to the right place.  I will guide you through the tips and tricks that you should know in order to get further in Marvel: Contest of Champions without having to spend loads of cash on a better character.

Don’t smash your buttons until they don’t work! 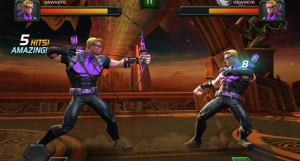 This may seem like a bit of a joke, but it isn’t.  Players who are new to this kind of fighting game will be inexperienced and feel the need to smash every single button that is out there and hope for the best and win from randomly throwing out punches or blocks.  As a new player, focusing on pushing the right buttons and allowing your character to do what you want it to do is the most important to mastering a character and getting them to do what you want them to do.

Marvel: Contest of Champions isn’t even as complex of a game as something like Mortal Kombat.  Mortal Kombat has ton of different combinations that you can do make that you have to learn in order to do well in the game or else you will get destroyed later.  So in Marvel: Contest of Champions, you will have to use a bit of strategy using blocks as well as dodging the enemy attacks in order to do the best that you can in this Marvel game.  Some additional strategy during your fight is that you won’t be able to heal up your champion as long as you are in the same fight and even between fights, you won’t be able to do anything unless you have a potion readily available on your champion.  So while you should not be button smashing, you should also be conserving your energy and not wasting too much on one fight.

This also means that you have to take your opportunities and make sure that you are able to throw out the right punches at the right time so that you are not losing any energy that would otherwise be wasted. This will allow you to take as little damage as possible through dodging and blocking so you can go on to fight another day.

Replay a level if you lack levels

This is pretty obvious especially if you have played games like Pokemon where you have to constantly train in the grass so that your pokemon can gain levels and get stronger.  This is a pretty obvious concept because you have to continue to do stuff over and over again which is more well known as grinding out levels so that you can do a lot better when you fight the boss or when you fight stronger people.

This is the same in Marvel: Contest of Champions.  You should replay a quest that you have done previously, better if it is a quest you have done recently, so that you can gain additional experience and level up your champions so that they can deal more easily with the upcoming levels.  You want to do quests that you have done more recently because you will gain more experience from it.  If you want an easy comparison, it is like training yourself against level 3 pokemon as a level 50 pokemon.  You don’t do it because you won’t gain as much experience than if you were training against level 45 pokemon.

So in Marvel: Contest of Champions, it is the same as in that you want to finish the hardest quests to do those over and over again so that you gain the most experience you can get without having to lose.  In addition, after you have grinded out a couple of levels on your champions, you can go on to complete the quests that branch off of those quests which are often much harder, but are much more worth it than the original quest.

The crystals that you get in the game are coming from different sources, but if you are not told where they are coming from, it may be hard for you to understand and collect the necessary crystals that you need.  First of all, you can get the purple crystals from simply doing the quests which you can crystals on occasion, but not every time will you get these crystals.  You can also get some Premium Hero crystals by purchasing them through another currency.

These crystals are really good because they allow you to get a 2-Star champion or higher, which is already pretty decent, but the chance of getting anything higher than 3-Star is pretty rare and doesn’t happen too often.  You can also get additional crystals based on how much that you play.  If you play for 4 hours, then you will gain healing crystals that can heal your champions during the game, and then earn those crystals for every four hours from then on.  Then, you can get the Premium Hero Crystals by playing for 24 hours and then earn those crystals every 24 horus that you play, but in order to get 24 hours of gameplay, it will take a while, so the game does reward you for the amount that you play.  Lastly, you can earn Versus crystals that you can use in order to purchase a Arena Crystal, which can then be used in order to have the possibility of getting a 4-Star Champion.

Get as many Champions as possible 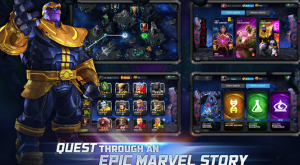 If you are looking to play against other players in the versus mode, you should try to get as many champions as you can because you can run through them all and only then, will you lose.  So you can use as many champions as you want, so you don’t have to pick and choose 5.  So it is whoever can outlast the other, meaning that the more champions that you get, the better chance you have of outlasting your opponent.

Collect as many units as you can

The more units that you can get, the more premium crystals that you will be able to purchase with them.  This means that stocking up on them is of the utmost importance.  If you stack up on enough of them, you can earn a ton of premium crystals and have an amazing champoin pool that you can use through the game.  This will give you the best chance in either the Veruss mode or the story mode that you get to go through.  So ultimately, the more units that youy can collect, the better your team will be.