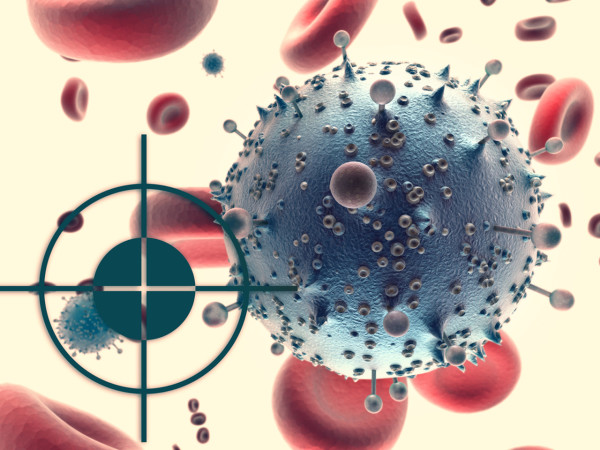 Cancer fighting Nano-medicine has made some very big steps. In a new paper published in PNAS, researchers discuss a novel method in fighting cancer with chemotherapy agents. Namely, scientists have discovered a way to pack these toxins into what could be described as “cluster bombs” that only detonate when within tumors. Not only does this effectively kill off tumors, but does so while preventing many side effects that drugs that contain cisplatin have.

Previous methods of treatment could be compared to the carpet bombing methods of World War 2. While usually effective against the main target (the tumor), many other organs and tissues were damaged including kidneys, the liver, and even nerves which would slow down treatment progress and cause patients to suffer horrendously. In fact, a significant number of cancer patients each year decline treatment due to the side effects of chemotherapy. This new method is instead more akin to precision bombing, where only the tumor and the immediate area are directly affected by the drug.

The scientists made of a team of Chinese and American researchers developed such a precise system using a unique property of tumors. Unlike most tissues within the body, tumors aggressively create and divert blood vessels to provide itself more nutrition and oxygen than the surrounding cells. As a result of these aggressive expansion, the vessels feeding the cancer are exceptionally porous when compared to the rest of the body which allows for greater transfer of materials both in and out of the vessel, including larger molecules. These scientists used that last bit as a starting point, making a large envelope around 100 nanometers in diameter which were small enough to pass through these leaky vessels, while far too large to pass into other tissues. Once introduced to the more acidic environment that the tumor provides itself, this initial envelope would dissolve, sending out smaller envelopes (closer to 5 nanometers in diameter) to enter the tissues themselves. Once inside the cancerous mass the final envelope would dissolve, and release the toxic agent and essentially poisoning the tumor. These envelopes, to denote the technology behind them are referred to as iClusters. For those curious, we have yet to confirm if the iClusters are iTunes compatible, opening the possibility to treat with a beat.

At time of writing, there has yet to be an announcement of human trials for the iCluster treatment method. That being said, several in-vivo studies involving live mice have proven efficacy. In breast, liver, and even drug resistant pancreas cancer treatment models, treatment involving these envelopes have improved survival time periods from 34 days to 50 days on average, roughly 150%. In terms of cancer growth inhibition this method had improved on the 10% inhibition rates typical of chemotherapy to an estimated 95%. This would indicate that even in cases where cisplatin would typically be ineffective as a tumor killer, that the DNA disruption mechanism the molecule uses would at the very least provide time for other treatments to take hold. In either case, this would certain be proof of the saying “Good things come in small packages”.