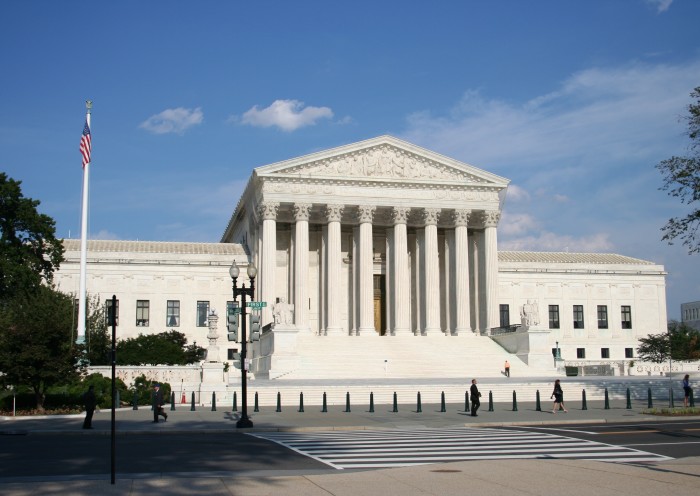 President Obama has selected Merrick Garland, the Chief Judge of the D.C. Court of the appeals to the Supreme Court. Garland, 63 is considered a moderate and a sharp legal mind. Garland is not expected to be seriously considered by the Republican-controlled Senate.

The Supreme court vacancy was created by the unexpected passing of conservative justice Antonin Scalia of heart failure on February 13th. Garland is much older than typical supreme court nominees. This could perhaps act as an olive branch to reach out to Republicans, who may confirm if a Democrat seems likely to win the presidency in November.

Garland is notably supportive of police officers, which may also play well to the Republicans in the Senate. He has been described as “barely a Democrat”. Garland seems like the most likely candidate to be confirmed by the Senate.

However, the mere fact that Garland is the most likely to be confirmed does not make the road easy. Republicans began insisting that the next president should fill the vacancy left by Justice Scalia shortly after the justice’s passing, and they have not moved from that position in the intervening weeks. Republicans have promised that Garland will be ignored, without hearings or even a background check. Garland’s position on gun rights may also concern Senate Republicans. Garland notably voted to uphold restrictive Washington DC gun laws in District of Columbia vs. Heller.

Garland was confirmed to the DC Circuit by a 76-23 vote under President Clinton in 1993. He was not a contentious nominee at that time, and Republicans have come out in support of judge Garland in the past.

The Constitution states that the president can make appointments to the Supreme court with the “advice and consent” of the Senate. Historically, the Senate has quickly approved most nominees, although this trend has been slowing. The confirmation of Justice Clarence Thomas, as well as the rejection of Robert Bork are indicative of this trend.

The Supreme Court had been split with four conservative justices paired with four liberal justices, and Justice Anthony Kennedy as the swing vote. Following Justice Scalia’s passing, many key cases will be decided 3-5 in favor of the liberal position, or else result in a tied 4-4 court. If the Supreme Court is tied, the lower court’s ruling is upheld, albeit without establishing a precedent

Time will tell whether the Republicans will allow the Supreme Court vacancy to persist for almost a year until a new president is elected, or whether the Democrats can squeeze a moderate nominee through the Senate. For now, nobody is blinking.

Ian Jones
Ian Jones is a recent engineering graduate from New Mexico. He enjoys intellectual pursuits, and digging down to the heart of an issue. He enjoys chess, poker, and other skill-based games in his free time.
RELATED ARTICLES
US