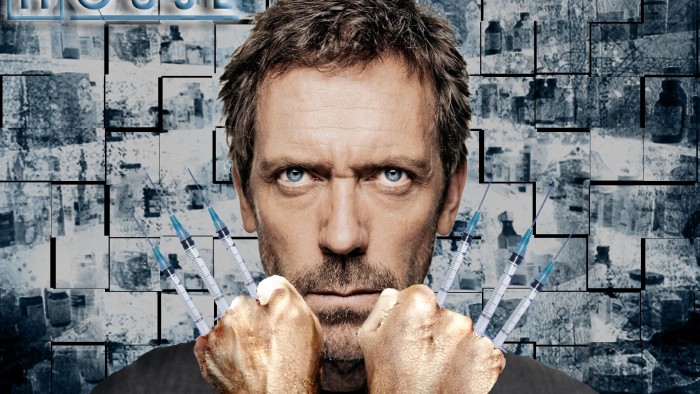 A lot of parents want their children to become astronauts, lawyers or doctors and it’s no surprise as to why. While a lot of newly graduated doctor’s end up hundreds of thousands of dollars in debt from student loans, you don’t really worry about them because you know their career is going to make them a lot of money someday. Here is the list of the richest doctors in the world. 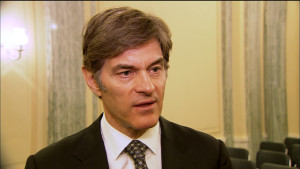 Kicking off the list is Mehmet Oz, who is better known as his television personality ‘Dr. Oz’. Oz was born in Ohio to two Turkish parents who were able to emigrate from Turkey to the United States and practice medicine. Because of this, Oz has dual citizenship from both countries and even served in the Turkish army before starting his medical career. Oz considers himself to be a Republican but unlike most republicans, Oz is a follower of the Muslim religion. Both his parents and their families from Turkey are Muslims so Oz was born into the religion.

After appearing on Oprah for several years, Oz landed his own cable television show called The Dr. Oz Show. The daily program focuses its attention on personal health for the viewers. He has helped millions of people by advertising healthy ways of eating and living. Recently he has been under fire for allegedly advertising harmful products or flat-out lying to the audience for financial gain, which is something the United States government is looking into. Oz has also appeared on numerous other shows throughout his life time, as either a guest star or as the shows lead. All of his publicity has earned Dr. Oz quite the wealth, as his current net worth is $14 million dollars. 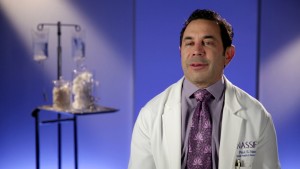 Paul Nassif is one of the world’s most famous plastic surgeons. Featured in several magazines like Entertainment Weekly, The Associated Press and Wall Street Journal, Nassif is well-known for discussing cosmetic surgery as well as fast lifts. He’s also appeared on Good Morning America and even had his own reality television show on E! titled Botched and occasionally appeared on The Real Housewives of Beverly Hills for several seasons while his wife was a main cast member but they would shortly after divorce. Recently it was announced that he is going to appear on a new reality series called Botched by Nature but the release date of the show is not currently known. 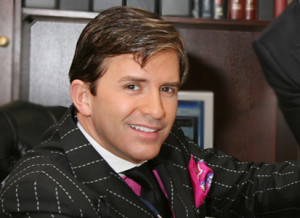 Robert Rey is an American-born Brazilian. He grew up in Brazil and would then return to America when he was 12 years old so that he and his siblings could escape their alcoholic father. They would travel to Utah where they were adopted by a Mormon religious community and they lived with them for four years. When Robert was 16 he and his siblings found their mother and they would all move to Arizona together. Growing up was obviously difficult for Robert but he would find solace by volunteering his time as a Boy Scout. By the time he turned 18 he was officially promoted to Eagle Scout rank.

After high school, Robert would attend Arizona State University and receive a degree in Biochemistry. He would then transfer to Harvard University and obtain a master’s degree in Health Policy. 1997 is the year Robert would finish his residency at the University of Tennessee-Memphis Health Science Center where he would practice plastic surgery. Following his residency he would appear on several television shows like The Today Show, Good Morning America and The View. He would then go on to star in his own reality series called Dr. 90210 which showcased his surgeries and his life in general. These days Robert is still doing his thing in Beverly Hills and spends a lot of time at home with his wife and their two children. 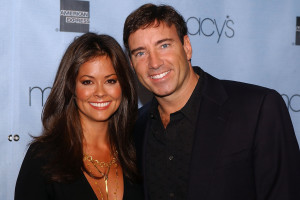 For being one of the world’s leading plastic surgeons, Garth Fisher was the first doctor to appear on ABCs hit television show Extreme Makeover. This has lead Fisher to becoming internationally famous and has appeared on several television shows to discuss his practice. Born in 1958, Fisher always knew he wanted to become a surgeon. He received his BA and his MD at the University of Mississippi and would then transfer to the University of California where he would complete an internship and residency for general surgery and plastic surgery.

After his exposure on Extreme Makeover, Fisher went on to create a very successful line of skin care that is very safe and cost effective. He had partnered up with another doctor named Paul Scott Premo, who didn’t make the cut for this list but together they went on to complete their scientifically proven treatment for their company CellCeuticals Skin Care, Inc. 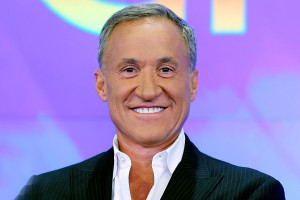 To no one’s surprise we have yet another plastic surgeon on the list that is also a reality television plastic surgeon. But this is the final one on this list which also means Terry Dubrow is the wealthiest of them all. Born in 1958, Dubrow is best known for his work alongside fellow plastic surgeon and best friend, Paul Nassif. Together they hosted the series Botched and will also co-host Botched by Nature, two shows which I previously discussed. Unlike Nassif, Dubrow appeared on The Real Housewives of Orange County as a main character and also been starred in The Swan and also Bridalplasty; a show that features a group of women who are soon to be married and are competing for a complete plastic surgery makeover. 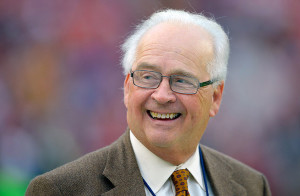 James Andrews was born in 1942 and even though he is turning 74 years old this year his medical career is still alive and kicking. Andrews is most well-known for being the “alpha doctor” for sports-medicine. He received his degree from Louisiana State University and went on to complete a fellowship at the University of Virginia School for Medicine. After completing his residency he would go on to become one of the most famous orthopedic surgeons in the country, performing knee, elbow and shoulder surgeries to some of the most high profile athletes in the NFL. Because of how talented Andrews is, he’s pretty much in the center of the entire sports-medicine network and has been a consult for some of the most well-known coaches. 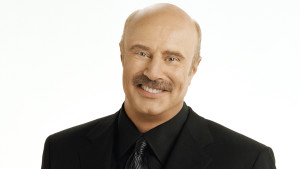 Phillip McGraw was born in Oklahoma and is best known for his show Dr. Phil which debuted in 2002. Just like Dr. Oz, Dr. Phil also got his television career started on The Oprah Winfrey Show. In 1995, Oprah had hired McGraw’s legal consulting firm for a trial that she personally was going through and three years later, after she had won the case, Dr. Phil began making guest appearances on her show. After appearing on Oprah for four years, McGraw was able to start his own show called Dr. Phil. The show featured McGraw giving out advice each week on television. Ratings for the show were actually sky high and McGraw would go on to become one of the top paid celebrities in the world.

Just because someone has the word ‘Dr.’ in their name doesn’t necessarily mean they are allowed to practice medicine. While it’s true that McGraw can’t legally operate on a person he still is technically considered a doctor. McGraw was an excellent football player and studied at the University of Tulsa under a football scholarship. He majored in psychology and would go on to receive his Ph. D at the University of North Texas. Since his fame, McGraw has published several books and has starred in several other television shows. However, they are all usually cancelled very quickly due to poor ratings. He has since retired from psychology but still makes money from syndication of Dr. Phil. 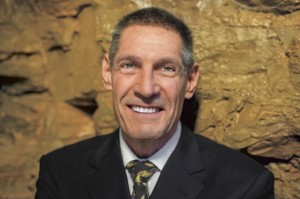 Gary Michelson is one of the most wonderful doctors you will ever hear of. Born in 1949, Michelson was primarily raised by both his mother and his grandmother. His grandmother suffered tremendous pain due to spinal injuries, which at the time was difficult to repair. This inspired Michelson to study medicine and he would go on to attend the University of Texas to become one of the world’s greatest spinal surgeons. Because of how ineffective spinal surgery was at the time, Michelson went on to invent some of the nation’s best medical instruments which to this day have helped hundreds of thousands of people with spinal injuries. He would go on to create over 200 patents which he eventually sold for over 1 billion dollars when he retired from medicine.

Retirement would not stop Michelson from helping the world. In 2005 he became a philanthropist and started creating programs that will help advance technology. He dealt mainly in stem-cell research which is quite controversial but has since been proven to be effective. He has also set up programs all around the world which pay for pets to be spayed or neutered in low-income families. To date Michelson has donated over $300 million to people in need. 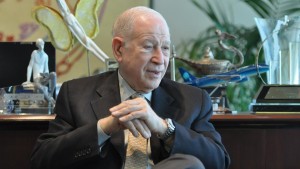 Mr. Frost was born in 1936 and when he was only 13 years old he got his very first job by working at a hardware shop in the town he grew up in. Both of his [older] brothers served in World War 2 and while Phillip himself was too young he would still go on to become a lieutenant commander at the National Cancer Institute.  But before that he would graduate from Albert Einstein College of Medicine. Here he would get his Master’s Degree in dermatology. From 1966 – 1972 he was a professor of dermatology at the University of Miami School of Medicine until he got promoted and became the chairman of the department of dermatology at Mt. Sinai Medical Center in Miami.

Before becoming the chairman he purchased Key Pharmaceuticals and helped run it for 14 years until it was acquired by another company. He was paid over $100 million for the acquisition.

But it wasn’t until 2006 when Frost sold his other pharmaceutical company: Ivax Corporation, for over $7 billion to an Israel-based pharmaceutical company. This didn’t stop Frost as he was immediately named chairman of another company called Teva Pharmaceutical Industries. Hey, it’s pretty much an easy $7 billion for this guy. Since then, Frost has become one of the most philanthropic person in Florida’s history by donating tens of millions of dollars to schools, museums and music programs. 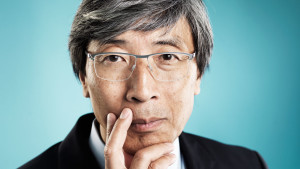 For eight years Patrick would perform surgeries at UCLA Medical School and was even the first person in the world to perform a full pancreas transplant, as he had developed an experimental treatment for Type 1 diabetes. After leaving UCLA in 1991, Patrick would go on to create his very own cancer and diabetes biotechnology firm. He also created APP Pharmaceuticals which he would later on sell for nearly $4 billion. After becoming a billionaire Patrick founded NantHealth and its subsidiaries. It was his goal to take advantage of modern technology and use it to help find cures for diseases – mainly cancer and diabetes. He would use super computers and sharing data of tumors to better understand and better manage them.

Patrick still lives in Los Angeles with his wife and together they are still advancing technology to help the world become disease-free.

There you have the list of the richest doctors in the world. It’s always nice to hear about people who become doctors because they truly want to help make the world we’re living in a better place. While not every person on the list is into philanthropy, there is enough good doctors out there making a difference in people’s lives.