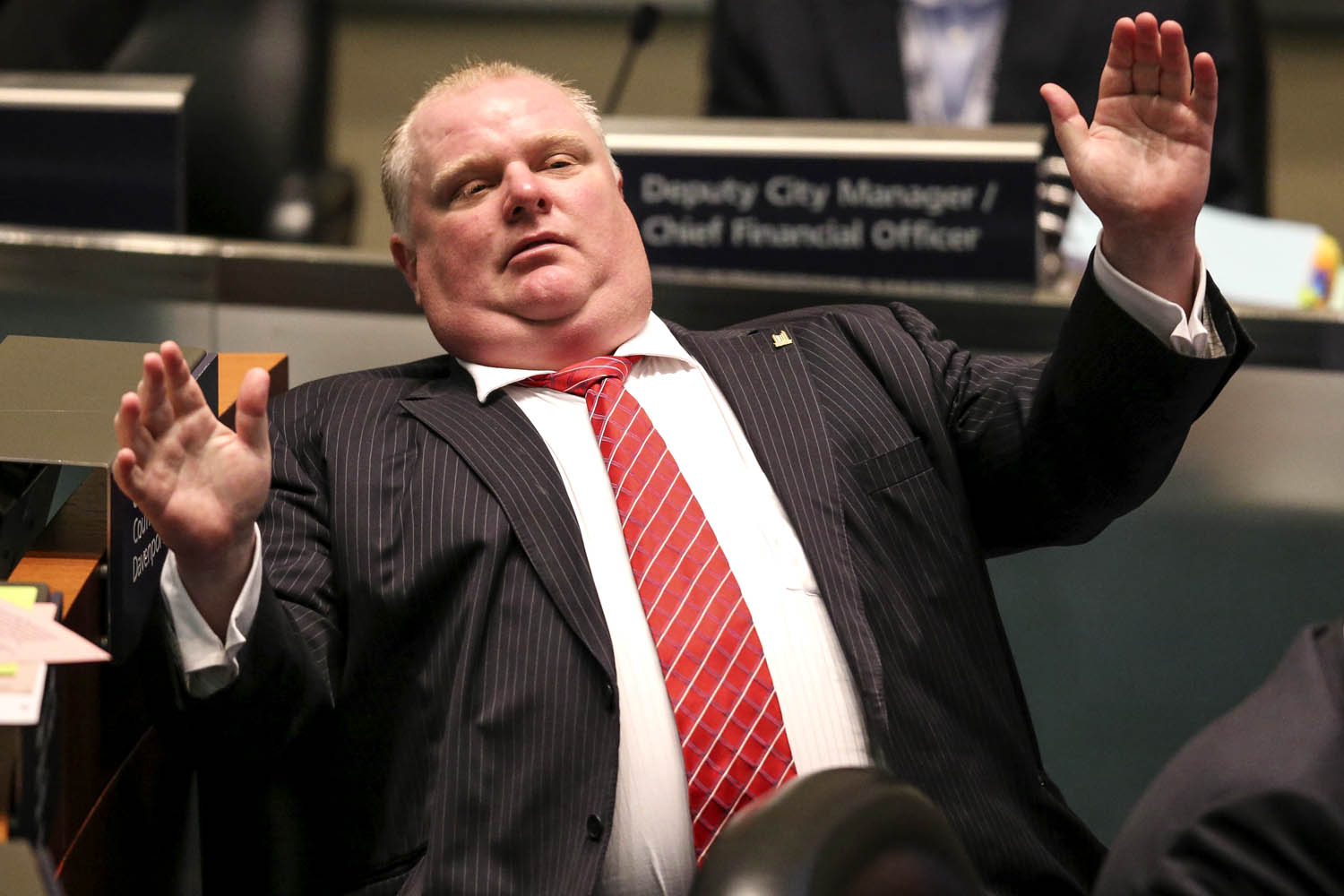 It’s a tragic end to the dramatic, highly-publicized life of one of Canada’s most famous modern politicians, Rob Ford. Ford passed away in a hospital in Toronto. He had been struggling with cancer since 2014. He was 46-years-old.

Ford’s perceived “straight-talking” way of being, and his lack of political correction made him very popular with some. His supporters came to be known as “Ford Nation.” “Ford Nation” continued to support Rob Ford even when he was surrounded by legal troubles. They even continued to support him when it was revealed that he smoked crack cocaine. Some political analysts have drawn comparisons between the personality of Ford and that of current Republican presidential nominee, Donald Trump. In 2014, a book entitled “Crazy Town,” was released, chronicling the rise and fall of Ford’s political career. 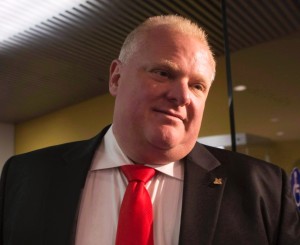 Robert Bruce Ford was a popular and polarizing figure in Toronto’s political landscape as soon as he came onto the scene. He became a city councillor in the year 2000, and was elected Mayor of Toronto in 2010. He ran on a platform of cutting down on wasteful spending by the city and he was successful in some regards, improving Toronto’s infrastructure and transportation. Three years into his four year term as mayor, he became involved in a massive substance abuse scandal. The scandal, which centred around allegations that he smoked crack cocaine, brought him global recognition. He would go on to admit that the allegations were true, and be stripped of some of his powers and pressured to resign. He refused to resign at every opportunity. He tried to run again in the next election, but was defeated. After this, in 2014, it was announced that he had a tumour and he withdrew from politics to focus on treatment.

One of Ford’s first controversies came back in 2006 when he was serving as a city councillor. After the city had announced that it was planning to spend one and a half million dollars on AIDS awareness and prevention, Ford denounced the decision. He claimed that AIDS should not be a big focus for the government because, in his words, “if you are not doing needles and you are not gay, you wouldn’t get AIDS, probably.” Ford would later retract and apologize the words while running for mayor in 2010. While serving as a city councillor, his abrasive personality brought him into constant feuds with his colleagues.

In the years leading up to his election as mayor, he would go on to make other controversial remarks that were broadcast across Ontario, and the rest of Canada. He came under fire for his remarks about bikers and bike lanes. He claimed that cyclists should stay off the roads and that it was inevitable that they would get hit by cars. In 2008, he made remarks about the hard-working nature of “oriental people,” an antiquated and offensive term in Asian communities. Ford would apologize for these comments, saying that he meant for them to be positive. 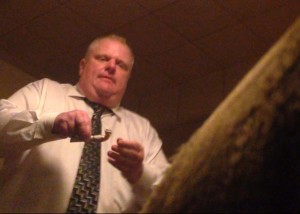 Rob Ford’s first drug problem came in 1999 when he was arrested for possession of marijuana and given a DUI. The pot charge was eventually thrown out and he paid a fine for the DUI. The issue was given publicity when he was running for mayor, as his opponents used it to call his character into question. After this, while Ford was in the spotlight in Toronto’s politics, he began a string of drunken public appearances. In 2006, while he was a city councillor, he was very drunk at an NHL hockey game. He started shouting at out of town fans, and was kicked out of the game by security. He would apologize for the incident, saying that “nobody’s perfect.” At a Saint Patrick’s Day celebration at City Hall, Ford again started causing trouble while very drunk. He hit people, had a party in his office, swore at his staffers, and yelled racial slurs at a taxi driver.

In 2013, it was announced that the celebrity website Gawker had a video of Rob Ford smoking crack cocaine. Ford denied that the video existed, and denied that he ever used crack cocaine. Later, a photo was released of Ford posing outside of a house with noted Toronto gang members. In light of this, many of Ford’s staff quit their jobs, and many Toronto politicians called for Ford to step down. Late in 2013, Ford admitted that he had probably smoked crack cocaine in one of his “drunken stupors.” The phrase “drunken stupor” became prevalent in the media. In 2014, a second video was released that also showed Ford smoking crack cocaine. Ford apologized profusely, refused to step down from his job, and entered a rehabilitation program.

Aside from these substance-related events, Rob Ford was also often documented acting unprofessionally in public. Included in these incidents is a video of Ford, clearly intoxicated and acting ridiculously in a fast food restaurant. In another video, a clearly-agitated Ford described murdering an unknown man. 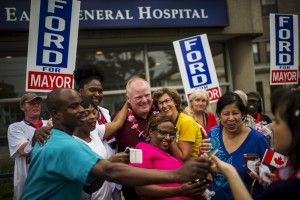 Though many media figures and politicians were highly critical of Rob Ford’s irresponsible behaviour during his political career, there was been an outpouring of sympathy for his family today. John Tory, the current Mayor of Toronto, said that he believed Ford was full of conviction and always did what he thought was best for the city. Kathleen Wynne, the Premier of Ontario, said in a statement that Ford always upheld a strong sense of community service during his political career.

The Ford family have long been staples of the political scene in Toronto. Rob’s dad, Doug Ford Sr., was a self-made millionaire and Progressive Conservative politician. Rob’s brother, Doug Ford, is also a politician, as well as a businessman. He was one of Rob’s most vocal supporters during his lifetime.

The news of Ford’s passing drew headlines across the world, making him one of the most well-known former mayors in recent memory. Talk show host Jimmy Kimmel offered his condolences, calling Ford an “unforgettable guy.” Ford made a memorable appearance on Kimmel’s show in the midst of his substance abuse crisis. Current Canadian Prime Minister Justin Trudeau applauded Ford’s determination in his fight against cancer.

Rob Ford leaves behind his wife Renata, two children, his mother, his two brothers, and a sister.