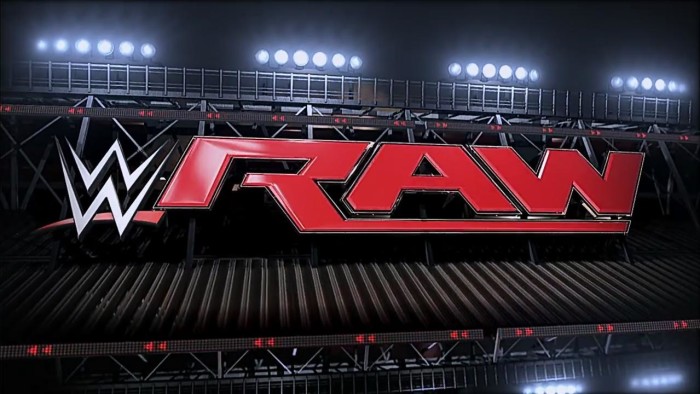 Wrestlemania 32 is less than three weeks away and last night’s episode of WWE Raw was huge for the event as there were a number of matches confirmed. The episode, which aired just two days after WWE Roadblock, was also filled with interesting segments, including the return of the star facing Triple H for the title.

Before the episode, only a few matches had been confirmed for April 3. That quickly changed with the three hour episode of Raw.

Adding matches to the Wrestlemania lineup wasn’t going to be a problem for the company as they have plenty of talented superstars. The problem were the fans, who didn’t like what they saw during the episode. It became clear after Triple H’s match against Ziggler, the current champion left with a victory but he was interrupted by Roman Reigns, who returned to get revenge for what Triple H did a few weeks back. The former champion surprised Triple H and the fans by making an entrance through the ramp. But the crowd quickly booed when the two started fighting. During the final segment, Vince also asked the announcer to introduce him again as he wanted to see a better reaction from the fans.

The show had plenty of matches and segments. We watched Ziggler go against The Authority once again, Shane talk to The Undertaker and Dean Ambrose receive a gift from a star who knows about the match he will be in at Wrestlemania 32.

We watched plenty of matches and segments on Raw, here are some of the things we learned during the episode:

The company has lost many stars because of injuries these last few months and Neville is now part of the list. The superstar faced Chris Jericho but the match quickly came to an end when he began hobbling. The Wrestling Observer reported that Neville suffered a broken ankle and shin. The injury has not been confirmed but if it is, he could miss Wrestlemania 32. The company is already without Randy Orton, Tyson Kidd, Cesaro, Seth Rollins and John Cena.

Dean Ambrose is not afraid of facing one of the best wrestlers at Wrestlemania 32 and has proven these last few months that he is a contender for the WWE title. He has lost his last two matches for the title, but he loves pain and usually makes fun of his opponents even after they’ve attacked him.

Ambrose reminds fans of Mick Foley, who became popular for taking punishment during his matches but always continued. The legend appeared on last night’s episode of Raw and handed over his barbed wire bat to Ambrose, who will be facing Brock Lesnar at a No Holds Barred Street Fight match.

Ambrose has not won the WWE title yet but was given an opportunity on Saturday and in the tournament a few months ago.

He will face Brock Lesnar at Wrestlemania 32 in a match where he is not the favorite to win. But Ambrose has shown time and time again that he can take put up a good match against anyone in the roster. 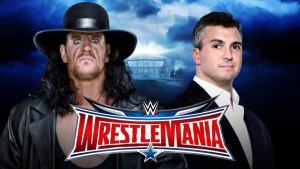 Shane will face The Undertaker at Wrestlemania 32 in a Hell in a Cell match. This match is one of the most interesting for the event as no one knows what’s going to happen. Yes, The Undertaker has only one loss at Wrestlemania and is the favorite to win but Shane also knows how to fight and has been in great matches in the past.

Shane needs to win to get control of Raw and Vince couldn’t have picked a better opponent for his son. During last night’s Raw segment, the three met in the ring and Shane asked The Undertaker why he was doing this. Shane also explained his strategy to beat The Undertaker.

The Undertaker did not explain why he was doing this and things got out of control when Shane called him Vince’s puppet. Shane impressed the crowd with his moves but Vince pushed him to The Undertaker and he was chokeslammed. The Undertaker also tried to get Vince, who quickly left the ring.

Will The Undertaker explain why he is helping Vince? 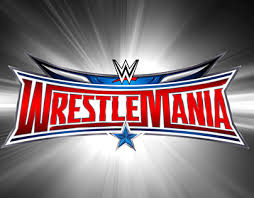 Wrestlemania 32 had a few matches before the episode of Raw, including the main event between Triple H and Roman Reigns. We also had The Undertaker Vs. Shane, who will get control of Raw if he wins. Brock Lesnar Vs. Dean Ambrose was also confirmed a few weeks back. Charlotte will be in a triple threat match with Sasha Banks and Becky Lynch for the Divas Championship.

Last night’s Raw episode confirmed many more. The 3rd Annual Andre the Giant Memorial Battle Royal was confirmed. The Dudley Boyz will face The Usos in a match.

The rest of the lineup is not difficult to predict. The New Day have strong competition with the League of Nations, who attacked them after the match.

AJ Styles and Chris Jericho will meet again for the fourth time. The two met last night after Jericho was disqualified in his match and AJ Styles got revenge for what he did two weeks ago.

Lana has interrupted Brie Bella’s recent matches and did the same last night. She also got help from Team BAD, who will probably face Paige, Alicia Fox and Brie Bella.

We still don’t know about Kevin Owen’s next opponent. It could be against The Miz, Dolph Ziggler or Sami Zayn, who won his match last night.

Wrestlemania 32 is less than three weeks away and there is a lot of time left to build up the show, which has plenty of interesting matches. The Rock also confirmed a few weeks ago that he will be at the event, so we don’t know how he will be used. We could also see other legends make an appearance, so Wrestlemania 32 is looking good.

Roman Reigns returned last night but the audience booed him as he got revenge on Triple H. This is nothing new, but we thought that had changed a little after his feud with The Authority. Reigns is supposed to be the good guy in this feud after Triple H’s win at the Royal Rumble and the attack a few weeks ago. But the audience was not happy to see him back. Will see the same at Wrestlemania 32?

The crowd won’t change the match now that we are weeks away from Wrestlemania, but it will be interesting to see if he leaves the match as the new champion.

Wrestlemania 32 will take place on April 3. The event has six matches confirmed but the rest will probably be added in the next two weeks. Triple H Vs. Roman Reigns, Shane Vs. The Undertaker, Dean Ambrose Vs. Brock Lesnar, Charlotte Vs Becky Lynch Vs. Sasha Banks, The Andre the Giant Memorial Battle Royal and The Usos Vs. The Dudley Boyz are all part of the event.

What do you think about the new matches? Did you watch last night’s episode of Raw? Let us know in the comments.