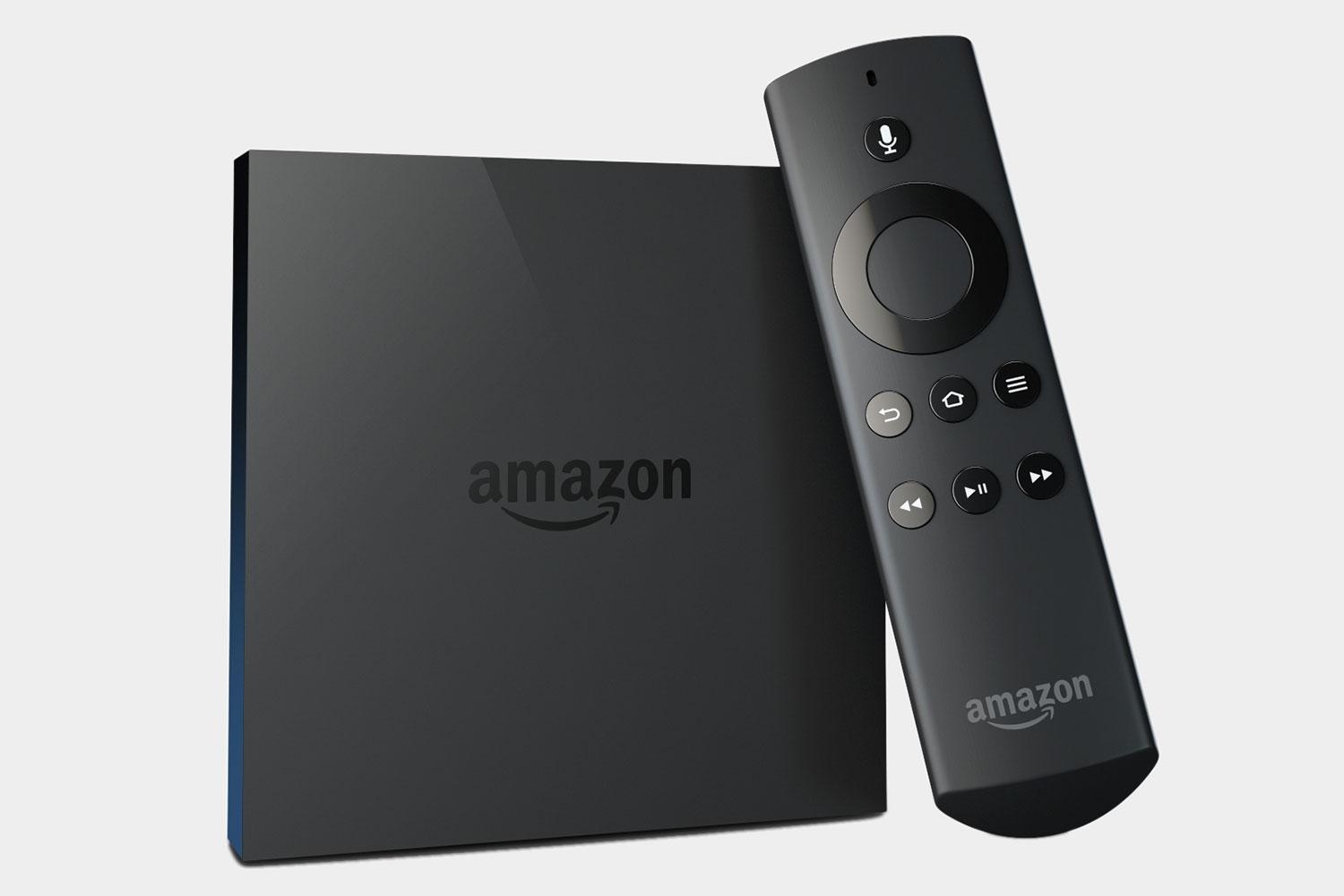 There are many different ways to watch online content on your HDTV. Your television set itself might have apps or you may have a game system or Blu-ray player connected with built-in streaming services. In case neither applies to you, or if your Blu-ray player, game system or HDTV does not have the exact media features that you want, then you can go for a dedicated media streaming hub. A majority of the media streamers will allow you to set up a HDTV with any local or online media streaming services that you need for a relatively affordable price.

Between all of the media streamers that are currently available, 9 platforms stand out: Amazon Fire TV, Apple TV, Android TV, Google Cast, Roku, Amazon Fire TV Stick, Video Game Consoles, Roku Streaming Stick Google and Nexus Player. All these platforms, with the exception of Google Cast, have dedicated remotes and on-screen menu systems. Thus you can view whatever you wish from your couch even without having a mobile device to control everything. Google Cast is a little bit different since it relies on a tablet, smartphone or PC with the Cast-compatible apps so as to stream content.

Resolution is another big factor to consider when looking at best streaming players. Fire TV, Roku and Android TV all have many options for the ultra-high-definition content. 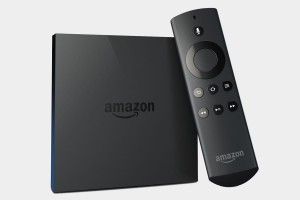 Amazon Fire TV platform has been built around FireOS which is a modified Android version designed with the Amazon content in mind. The Fire TV devices are heavily focused on Amazon Prime contents, with Amazon Prime Music and Amazon Instant Video displayed prominently in the menu system. There are many other content services that are available through the Fire TV as individual apps such as Hulu Plus, YouTube and Netflix. The big advantage of using Fire TV is having all your Prime contents right at your fingertips.

Amazon has recently updated the Fire TV platform with Alexa; the same voice assistant that’s used on the Amazon Echo speaker. It is basically Amazon’s version of Siri and is a very useful tool. The 2016 Fire TV also supports the 4K video. Apart from the addition of Alexa, the Fire TV Stick is mostly unchanged. It also has a less processing power as compared to the Fire TV. 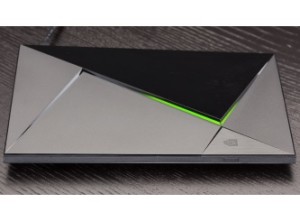 Android TV is Google’s dedicated Android-based streaming system. It is totally different from the modified version of Android used in the Amazon Fire TV products. On paper, Android TV offers a more powerful as well as feature-rich interface when compared to Roku or Apple TV. However, it sometimes feels clunky and the app store is tiny compared to Google’s conventional app store for Android as well as the Fire TV, Roku and Apple TV stores. However, the Android TV was the first ever platform that offered Netflix 4K content out of an HDTV with Netflix 4K apps built-in. Android TV still remains to be a powerful system. You will just have to wrestle with it a little more compared to other streaming players. . 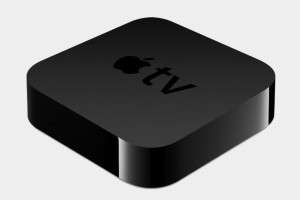 The latest version of Apple TV comes after 3 years of waiting. However, Apple TV has finally seen some of the long-anticipated upgrades. The latest Apple TV currently has its own Apps Store. This has greatly expanded the services and software available on this device. It is also equipped with a voice control remote. You can also use Siri with this player just like you usually do with your tablet or iOS phone. It is still Apple-centric, with the music services focusing on Apple Music rather than the third-party apps. Unlike Android TV, Roku and Fire TV, Apple TV does not support 4K. It is also among the more expensive streaming choices available. Its iOS integration is still very appealing for the dedicated Apple users who want to take advantage of features like AirPlay and the usual options for media streaming. 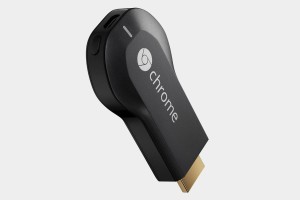 Google Cast streaming player is the least physically complicated and visually obtrusive media streaming device. All that you have to do is take a Chromecast or Chromecast Audio and plug it in a power source, HDTV or the sound system. The media streaming system also enables you to control everything via your mobile device. There are no on-screen interfaces, no remotes and no app stores to navigate separately. You just have to connect the Chromecast to your home network and then stream whatever you are watching (from the Google Cast-compatible app) on your tablet or smartphone. It is economical and easy to use since both Chromecast and the audio-only Chromecast Audios are the least expensive streaming players on the list. 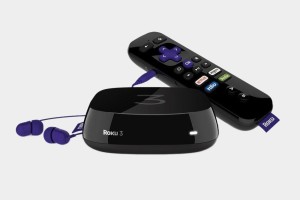 Roku usually calls the apps and services available on all its devices “channels,” Roku currently offers a wide range of choices on their Roku Channel Store. The streaming media player has most of the big streaming names including the Amazon Instant Video, Netflix, Sling TV, Hulu Plus and Twitch along with other many smaller apps and services for sports, weather, movies, news as well as international content. Roku media streaming has also pushed into the HDTV market with its TV platform. The company does not make HDTVs by itself. However, it still offers its streaming technology to the HDTV manufacturers to incorporate it into their products. This has allowed numerous other budget-priced HDTVs to include the connected features that they could not use few years ago while still keeping prices low. The Roku TVs work just like the Roku media streamers. The only difference is that they are built directly in HDTVs themselves. So far, the Roku TVs are limited to 1080p. In case you want 4K video from this media streaming device, you will need to pick the Roku 4 media streamers. 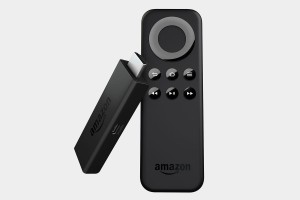 Do not let the small size of the Amazon Fire TV Stick fool you. This media streaming device packs a similar punch to its larger cousin. It essentially functions as Amazon’s answer to Google’s Chromecast and Roku Stick. This media streaming device is perfect for budget-minded individuals. The Fire TV Stick is capable of streaming stunning 1080p HD videos. It also provides the rich Dolby Digital Plus surrounds sound in the process. The media streaming device is sleek and inconspicuous at the same time. The black-matte TV Stick also plugs into all HDMI ports without becoming an eyesore. Even though you might give up on voice-search features in this device, its can still be activated though the use of Fire tablet or Fire Phone. All these features act as remote controls on their own. The Amazon’s Prediction technology (ASAP) and Advanced Streaming enables you to learn your viewing habits and also allows you do the skirt buffering sessions on the Amazon-hosted content. 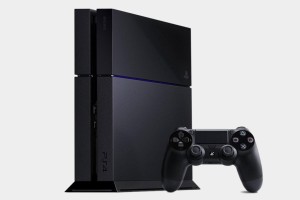 Even before Microsoft’s Xbox One received accolades for its industry-leading media centre and television-on-demand capabilities, video game consoles were ranked highly as popular devices used for streaming content to your television. Other topmost choices include Xbox 360 and both the PS3 and PS4. The systems have gone forward to become jack-of-all-trades steaming media centers. They will conveniently give you access to the scores of programming results from the likes of NFL Network, HBO Go, Hulu and Netflix. Several other streaming devices on this list provide gaming, but as you may have expected, the next-gen video game consoles blow all the mobile games out of the water in regard to playability and graphics resolution. The only downside is that even most last-gen video game (PS3 and Xbox 360) still cost more than 50 dollars if you buy them new. 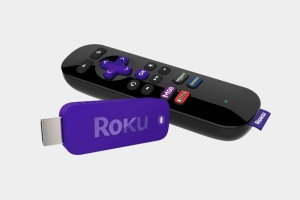 The super-portable and compact Roku Streaming Stick comes with almost all of the notable features present in their flagship Roku 3. However, the streaming stick is half the price. There is also the included remote skips like the ones found on Roku 3. The streaming stick is still lined with the shortcut buttons for an easy access to several apps like Amazon and Netflix. The Stick’s slick and thumb-like drive design fits discretely in all HDMI-equipped TVs. Even though it is relatively small, it still delivers snappy navigation and 1080P HD streams. With access to over 2,000 sports, news, music channels and movies, the Roku Stick also makes it quite easy to stream news as well as movies. 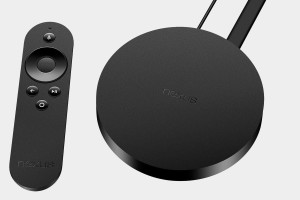 After terminating its initial attempt at a streaming media player, Google returned to the set-top box market in the fall 2016 with its Asus-made Nexus Video Player. It offers same capabilities to the Amazon’s Fire TV. It allows for personalized recommendations and voice-activated searching, along with the integrated gaming in case you opt for optional gaming controllers. The Google-backed and Android-powered device has been slowly adding apps. The Chromecast-casting ability makes this easy for family and friends to share contents from their tablets or smartphones. The only downside on this media player is that there’s no Ethernet port. This seems like an odd omission for the set-top box.

The number of media streaming options available for TVs is so large. As a result, it is important to determine which ones are worth the money. The media streaming features are the most important factors to consider when choosing a media streamer. Any of the above devices are a great choice in case you want to bring online content to your HDTV. Purchase any of them today to make your older HDTV smarter the moment you plug them in.