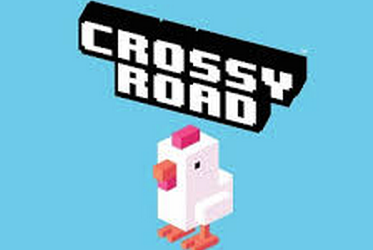 Make sure to look ahead 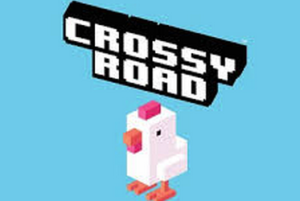 What I mean by this, is that you should avoid obstructing your view of the screen by tapping behind your character so that you are still able to see upfront and see the traffic that is coming on ahead.  This will allow you to see a couple more trucks ahead that you would not have seen otherwise.  Also, this will allow you to avoid the game registering as side steps so that you aren’t going to be making mistakes on the way.

If you’re stuck, you can backtrack 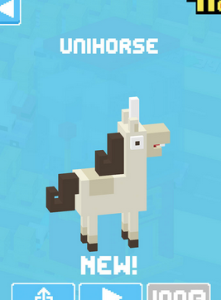 If you really don’t see a way to get across without getting hit by the trucks, you can go backwards by swiping backwards so that you can go back in the road.  This will allow you to get across the game without losing the game first.  It takes less time to backtrack than it does to go back to the main screen because you lost and then to restart the round.  This pretty much means that you can avoid getting hit by trucks as long as you keep a way to get out in case you are in some deep trouble.  If you want to try and avoid the oncoming train, you will only have a couple of side swipes that you can do before you possibly getting hit by a truck.  Most trucks will outrun you and run you over, so you will have to go up or down sooner or later.

Side Swipe to gain more time

If your traffic lane that you are in is particularly slow, you should be able to score a couple of time by being able to side swipe so that you can go up or down a little later than you would normally be able to if you stood still.  This is because you can go in the direction that the rucks are going and then be able to gain a bit more time.  This is the same concept that you can use if you are on the logs on the water as well.

Jump as the truck just passes 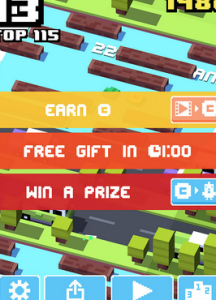 This concept has the dea that you are trying to have the most time that you can get before you have to go up or to the next lane of traffic.  Usually there is a time interval between every single truck that passes past you.  If you jump as the truck just passes so that you barely pass the back of the truck, you will get the most time before you will be getting close to hitting the other truck.  So that is pretty much the reason why you want to stick as close to the bumper of the vehicle as possible in order to have the most time in order to make that necessary last second decision that will decide the fate of the round.

Go for the win, not the coins

Although coins will allow you to mix up the game and change the character that you can play, coins will not really serve another purpose other than that.  So really, there is no point in going for risky coins and risk losing the game if you make a bad move for the coin.  This will cause yo a lot more problems than just going for the win and getting coins naturally.  If you find that you are not getting many coins during your runs, there is still the option of trying to watch some videos in order to get the coins that you might need.

When there is an opening for a sprint, go and take it 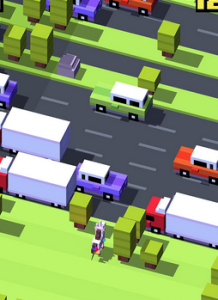 When you hit the river, avoid the white water

Make sure that you know how the river is flowing before you try crossing the hazardous river.  The white water that appears occasionally will cause you to lose the game if you get too close to the white water on either side of the river.  This means that players should really focus on staying in the middle of the game area and then crossing the river.  This will get you across the river without having the danger of hitting either side of the river and then instantly losing the game.  Make sure that you are also looking ahead to see the logs ahead so that you are more capable of crossing without too much trouble.  Look for the patterns in the logs and try and keep yourself in the center of the game while you are at it.

Don’t go for the in-app purchases

Basically all of the contents in the game are completely free as long as you are willing to keep at it during the game.  You can pay the 99 cents if you are lacking a character that you really want, but in reality, you can probably just wait for the coins to rack up or wait for the free gifts that are given out in order to get what you want.  The game makes it so that you don’t actually need to spend money on the game if you don’t want to.