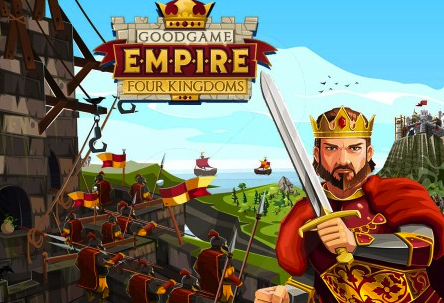 Empire: Four Kingdoms is one of those multiplayer online strategy games set in Medieval era where you take part in building and managing your castle and the city surrounding it, perform quests, engage in battle with other players or pledge your allegiance to them. If you’re having trouble managing your city or your army, then these tips will help you to improve your gaming approach in 2017. 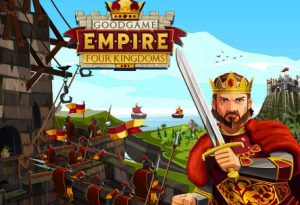 There are four different types of buildings you can build from the build menu:

All buildings can be upgraded, move it in any location within your city, and can even be demolished to make room for other buildings and retrieve some resources.

You need resources to construct and upgrade buildings and tools. There are three main resources in the game:

Resources can be exchanged or trade to other players, and the capacity of your storehouse will tell you how many valuable resources of one type you can store.

The amount of resources are limited per castle, and once it exceeded, each plant of the same type will produce less.

Keep an eye out on those events popping around town 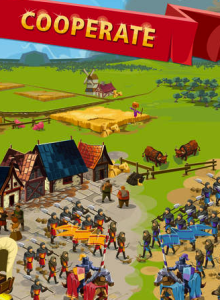 Random events sometimes pops up in your town and you should participate if possible, as you can win prizes that helps you in your progress especially for the newbies (the Colossus event is great for newbies). The marauder camp event is also a good one, since the marauder unit has a big looting storage and works best when attacking another player, and the marauder then carries all your pillaged resources back. It is recommended to keep him in the later waves if he is unlikely to die.

You’ll see a green and a red bar just below your resource window. That is what you call the “public order” meter. It’s always a good thing to have it green as it means more resources coming from your buildings. Always monitor this if you’re upgrading the surroundings, especially in your new outposts since you’re regularly building structures. Placing decorative items surrounding your castle ensures high public order and one hundred percent productivity. You can also get up to two hundred percent resource collection by having enough defenses and decorations.

Take notice of an event where you donate lots of resources to help build a Colossus, as it gives decorative items that will affect public order depending on your donation, and it occupies less space.

Having an alliance or guild is one of the important part of the game. You should check the alliance’s level and glory points to advance to the next level (glory points is like an XP for the alliance and shows that they are active), their guild donation, and active players online within the guild. Always look for an active alliance, and if you think you can lead, then create your own guild/alliance.

The best way to farm 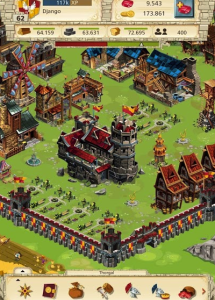 You can attack robber baron castles right from the start even if you have a beginner protection, and attacking more than one of them is a great way of earning resources. The best strategy here is to train more siege weapons and troops, divide them, and send maybe a fraction of your army to each castle simultaneously. All of them will bring back great amounts of resources and honor.

Before attacking a certain player, use espionage to see their power level, like how many troops, resources, defense, etc. It is a good idea to attack castles that are abandoned by players due to inactivity as it still generate resources ready for pillaging.

If your troops are out of the city fighting and you’re surrounded by enemy forces trying to destroy you, always keep your gates open (tap the “manage” button) and use the goods you get from your enemies to constantly train your troops. Repeat the process until you have enough defenses, troops, and siege weapons to repel their attacks.

If you can view the attacking army, tap on their icon to check their army composition and view what troops will attack your front and side flanks. You can also view the tools that they will use. By checking their units, you can plan a strategy to engage in combat or to retreat.

If you think that you’re going to fight a losing battle, it’s best to save your army instead of being a cannon fodder to your enemy. It’s a good idea to station your troops in an outpost or an ally nearby. Move all your resources in a nearby outpost if you think an attacker brings lots of marauders to pillage your resources, so an early detection is essential because moving

your army and resources takes valuable time. If you cannot transfer all of your resources, you can donate it to your allies or in events that needs resources. Doing so will make your attacker think twice before attacking since there’s not much resources to pillage.

Where is the best place to put your outpost 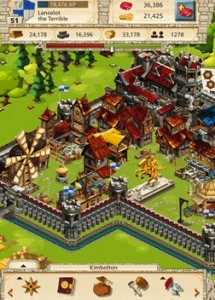 There are resource icons scattered in the map and spots where you can put an outpost. If you notice a larger icon in the map, it means that there’s plenty of resources in that particular land and a special icon means that spot has plenty of resources. But finding an unoccupied bountiful area is highly unlikely as it is a very contested spot for camping.

An outpost you built has two or three resources like food, stone, and wood, so other resources lacking in your outpost can be found in your main castle. Building two outposts is a good idea since one of the outpost will provide resources that is lacking on the other outpost, and there’s a chance that the two outposts produces the same resources, so it means that you’ll have more production of a particular resource.

Check your surroundings when attacking; it may be an ally. Be wary of attacking an ally of your allies as they can send their troops for support, and will make you a constant target of their attack.

Watch out for in-game special offers

If you would like to spend money on purchasing rubies, wait for events where they will offer special discounts, bonus rubies, or even a hundred percent plus primetime bonus when purchasing. This event sometimes last for a few minutes, hours, or even days. There’s also a similar event named “Alliance Primetime”, where you purchase rubies to fund your alliance/guild.

A good choice for your early offense

Macemen units are well balanced, cheap, and readily available when building barracks. They are ideal for offense and defense because of their balanced defense and attack. They are more efficient than, say, swordsmen (which you’ll get at level 3 barracks). Although swordsmen have a high attack, its defense is almost zero, and it will be a waste of money investing on too many of them as they will be killed almost instantly.

Always do daily activities like gather resources from citizens, sending resources and/or spying to another castle. They are very easy to accomplish and it gives bonuses at early checkpoints.