Fear the Walking Dead Gets a Third Season 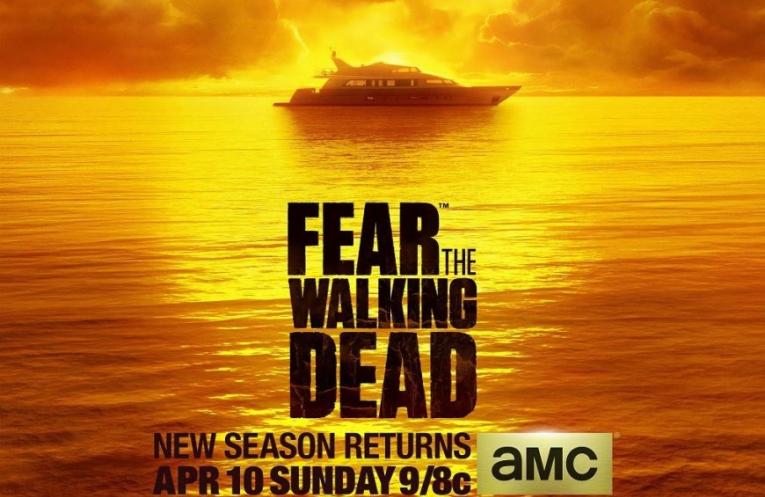 Fear the Walking Dead returned for its second season last Sunday and the series is now taking place on what season two trailers had revealed. The group of survivors are not hiding in their houses or a building, they’re now on a yacht.  Episode one was entertaining and now, we know that the series will be returning for a third season.

AMC has announced the renewal of the popular series, just days after the season two premiere. An exact date for the third season has not been revealed, but it will be coming back some time next year.

The ratings for episode one of season two were decent but the series has kept viewers entertained. The season one finale of Fear the Walking Dead drew 6.86 million viewers while the season two premiere had 6.67 million viewers. The season one premiere did have a lot more, with 10.13 million viewers. The numbers did not break any records this time but the series has just returned and AMC will probably give us great episodes soon as they have already renewed it for a third season. The spinoff made its debut last year, with six episodes. Fear the Walking Dead started in Los Angeles but it looks like the series will be going to other places in the future.

There will be a new episode later today and we will find out more on where they are going and who they will meet next. The group is no longer in the city but the latest episode quickly let us know that the group is not safe.

Fear the Walking Dead returns with a new episode on Sunday at 9:00 P.M. ET.

Are you watching Fear the Walking Dead? What did you think of season one and the latest episode? Let us know in the comments.