Elsword is considered as the spiritual successor of the immensely-popular and now-defunct Grand Chase, a side-scrolling action MMORPG.

These games feature a wide selection of unique characters and focuses on skill-based gaming that places importance on good reflexes and thorough familiarization with the character’s skillset. Dungeons of varying difficulties provide players with the means to strengthen their characters by leveling up and obtaining equipment. Once a character reaches a specific level, he / she can choose to advance into a more powerful class.  Players fight each other in PvP with a ranking system that determines who is the best among the rest.

There are many other games that follow this tried-and-true formula. If you are looking for games like Elsword then check out this list we have made for you. 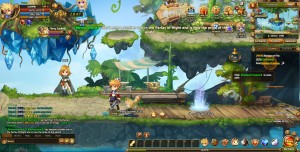 Lunaria Story is a browser-based side-scroller that plays less like a brawler and more of a clicker game.

The game can be played with the keyboard or just the left mouse button. It has an automation system that literally takes control of your character and you can just sit there and watch as it automatically finishes quests and kills mobs. Its AFK mode allows your character to farm experience and items while you’re doing something else entirely.

Despite its apparent focus on character growth without your involvement there are still times when your direct intervention is needed. You’ll have to click the “continue” button once your character finishes a quest in AFK mode in order to proceed. There is a PVP mode where you can duke it out with other players and you’ll have to rely on pure skill instead of automation for this one.  If you don’t feel like seeing other players then you can always opt to hide them from the game with the click of a button.

For a browser game Lunaria Story is well-designed and populated, not to mention the wide assortment of servers to choose from. Casual players may find it enjoyable but those who hunger for a more hardcore experience will have to rely on other games to sate that appetite. 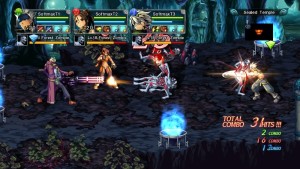 If you have gone through the 80’s then you must have experienced the rise of beat ‘em up games in the arcade. Dungeon Fighter Online (DFO) relieves the classical experience of plowing through hordes of underlings but with an online twist and the availability of flamethrowers and miniguns.

Players are given the choice among the seven playable classes each with unique abilities to tailor their playstyles. They have their own skill trees that make different builds possible. Upon reaching a certain level they can embark on a quest to advance into a subclass. Some subclasses are only accessible to certain genders so there is some consideration to be made when thinking about playing as a female or male character.

There is some bit of exploration as there are towns where you can actually walk around with other players. You can trade with them or offer your services through the in-game professions. Once you leave town you are presented with a map where you can choose which instanced dungeon to visit whether by yourself or with other players.  Partying with fellow players is recommended as it provides additional boosts to experience compared to going solo. Upon beating the dungeon your performance is ranked and you can choose a reward.  Of course there’s the usual PVP mode for players itching to beat each other up.

DFO may not have the same visuals as Elsword but the gameplay is somewhat similar. Don’t let the retro graphics turn you away from playing this action-packed game. You can get the game’s installer from their website. 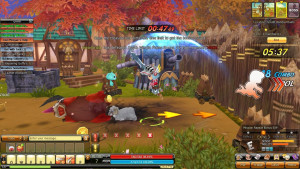 Dragon Saga was initially known as Dragonica in the North American region until its former publisher THQ*ICE shut down. Ten months later Gravity Interactive took control by purchasing the game from its developer Barunson Interactive and re-launched it under a new name.

The game begins with a character creation screen where you can customize your avatar and pick among the four starting classes (archer, warrior, magician, and thief). These characters can eventually change into a different job class once they reach level 20. Reaching this level also unlocks the Dragonkin character choice which has access to two unique classes.

Afterwards you are guided through a tutorial that covers the basics of combat and movement. Once done you are then transported to the town area where you can get quests and transact with shops / players. There’s nothing much to say as the rest is just the same with Elsword and other similar games.

Dragon Saga presents everything in colorful visuals with character designs that are anime-inspired. It is currently available on Steam for free. 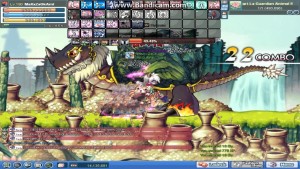 La Tale is your usual side-scroller MMORPG with cute graphics and action-packed combat. It was released in 2008 for the North American region while South Korea had it earlier in 2006.

There are eight starting classes to choose from, each with branching advancements that are unlocked at certain levels. The skill tree for each character is quite expansive with five categories that consist of both active and passive skills. Players can reach a maximum level of 200 for their characters and it is said that some classes turn the game into a grindfest in the long run.

The game’s plot unfolds in both cutscenes and screens that look like pages from a comic book. Quests further reveal more of the story. Of course if you are not here for the plot then you can always indulge in PvP to farm for Honor Points (and bragging rights).

The guild system not only provides a way for players to group together but also gives them specific buffs based on what type (order, neutral, or chaos) was chosen during its inception. The guild can be leveled up for better stat bonuses through experience points earned by its members who complete quests. Another social aspect of the game is the marriage system where two players can become a couple which provides bonuses to their stats.

Pets in La Tale fight alongside players and evolve by gaining experience and being fed with a leveling pill. They can be further strengthened with the use of enchantments. Up to six pets can be deployed in order to make the most out of the buffs they provide. Unfortunately these critters have a limited lifespan and must be revived with the use of items.

The game is available on Steam free of charge with regular updates and maintenance. 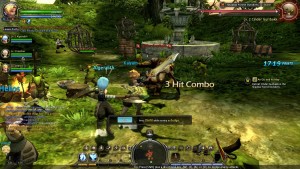 Dragon Nest is the game for those who are into action-oriented MMORPG’s that are reliant on skill instead of equipment or level. It is different from the other games in this list as it is 3D and not a side-scroller.

The eight playable classes all have their own specific roles in the game. From fast-paced combat to tanking, support through long-ranged damage or buffs, there’s a role for everyone to choose from. Specializations bring more abilities to the table and further enhance their capabilities.

The rest is pretty straightforward. You go to towns and obtain quests, finish them and go back to earn your rewards. Party up with other players or beat them in PvP. Nests are difficult locations that require grouping with other players in order to complete it and earn handsome rewards.

Dragon Nest has become quite popular especially in Asia where it spawned a manga series, action figures, and even two animated films. As for the game it is still being regularly updated with new content and events.

If you are looking for an intense action MMORPG with a breakneck pace then you should try Dragon Nest. It might not have the same perspective as Elsword but I assure you it is quite a fun game.

Have you tried any of these games? Do you know other games like Elsword? Let us know in the comments below.