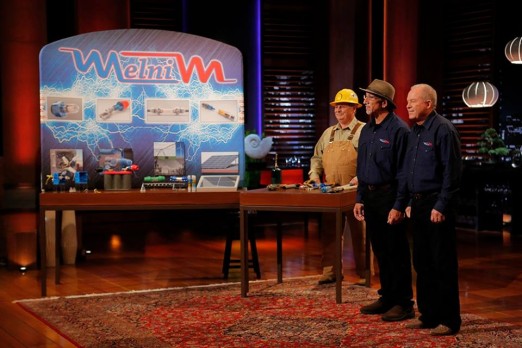 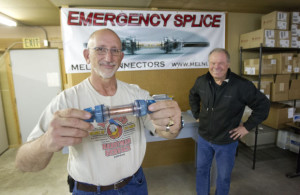 Mark Melni, the owner of family run electronic store, is a man with a vision and an inspirational mind. Being surrounded by electrical applications on a day to day basis, it only seems inevitable that he would be struck with the idea to create something revolutionary. After witnessing numerous customers enter the store in hopes of remedying broken wires, Melni drew inspiration from both customer struggles and an old childhood toy. The Chinese Finger Trap, a tubular piece of material that a person sticks their fingers into and can not escape from by way of pulling them apart, became the basis for the overall design of Melni Connectors.

Back in 2007 is when Melni first produced his product. He created an ingenious new form of electrical connector that only got tighter when someone tried to pull it apart. In 2010 Melni received a patent for his product after having it tested at Underwriters Labs where is passed with exceptional scores. After receiving his patent, Melni began to manufacture his product, officially kickstarting the Melni Connectors company. Mark partnered up with close friends Armand Eckert and Bryon Dunn to help get the business off the ground, but their help just was not enough to really give them the beginning boost that they needed. That was why the trio took to an episode of Shark Tank, to see if they could have the proper financial support needed to efficiently run a business still in its infancy stage.

After entering the Shark Tank, Melni is quick to put a bold price of $500k for a meager 5% of his company. Kevin O’Leary immediately voices his doubts, saying that he worries for Melni if he believes that his company, that has yet to change the electrical industry, is worth $10 million. This doubt fails to shake the trio’s courage though, because they go on to explain exactly how the Melni Connector works. First he demonstrates the difficulty of making a connection between two wires by crimping it and confesses to having suffered a few shoulder injuries because of this time consuming method. Then in a few easy steps, he uses his own connector to quickly join the two wires together with considerably less effort than the former method. Robert Herjavec inquires on the safety of the electrical connector to which Melni confirms that it is safer and a lot more time efficient.

When asked about their company sales, they just recently received their first purchase order for $585k from Irrigation Components International. To manufacture each unit of the demonstrated size of connector is about $15 dollars, but the retail sale price is $39 dollars. O’Leary, still skeptical of the idea, points out that their only sale is still theoretical because the order itself has yet to be fulfilled, and thinks that they are insane for thinking that the business is worth $10 million. Quick to defend the product, they argue that Melni Connectors has a lot of appeal for multiple market areas because it can be sold both industrially and commercially. The Sharks all appear to be relatively confused by the goal that the trio is trying to reach. So, in attempt to unwind and take a few steps back, Barbara Corcoran asks for the story of the company’s origin. Bryon, the owner of Powerlineman Magazine, invested $50k into Mark’s business after having reviewed the product. Though the story lightens the mood, O’Leary jumps back in to say that the business is a mousetrap. According to him, Melni Connectors lacks a game plan and direction to follow. Eckert mentions that the electrical connector market is worth $50 billion and that next year their sales will be around $6 million. Still unimpressed with their communication skills and sales pitch, Corcoran is the first to pull out. Lori Greiner quickly follows, deciding that she is not the best Shark to help them in their endeavors. Herjavec also decides not to invest, but Melni finds hope when Mark Cuban decides to make them an offer.

After sharing with them the story of his own company, Cuban feels like he can relate with the three men because he too started a business that did not exactly have a defined direction to follow. With that being said, he offers them the original $500k but for 12% of the company. However, in addition to this deal, he also wants to be given the option buy more of the company should they grow as anticipated. At first Melni hesitates, but his business partners are quick to talk some sense into him and he accepts the deal. 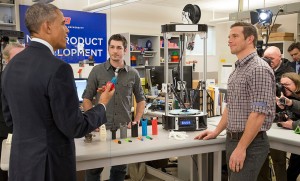 After appearing on Shark Tank, Melni Connectors was quick to get up on its own two feet. Thanks to the generous funding from Mark Cuban, the company was about to manufacture more electrical connectors in bulk and also aided in expanding their reach in the world of advertisement. Their product has been featured in various publications and the launch of the Melni Connectors website (http://www.melniconnectors.com/) definitely aided in the increase of sales. On the website, they showcase the agricultural, military, automotive, and renewable energy markets that they supply. Being a company that manufactures a product with so much diversity allows for a lot of expansion and success, even though that diversity is the same component that turned off the majority of the Sharks in Shark Tank.