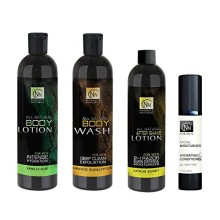 Nardo’s Natural is a family owned organic skin care company that offers Paraben Free, Sulfate Free, and Cruelty Free products. After its founders concocted their first jar of lotion in their parents kitchen, the company was formed in 2009. The four man team hoped to revolutionize the skincare business by focusing on sustainability and making there products effective for both skincare, and general aches and pains. Kyle, Danny, KJ and DJ appeared on Shark Tank back in 2012, and like many applicants, hoped to prove to the sharks the value of their business. Their forward thinking Skincare company had already been available in seventeen locations, including many spas and on the high street, but the brothers were looking for more than just money. They felt they needed a mentor, someone who could aid them in this tricky transitory period just before a firm really takes off. So did the Sharks bite? Read on to find out.

The four brothers entered the Shark Tank seeking an investment of $75,000 for a 12% interest in their company. The troupe introduced themselves, and explained the company’s humble beginnings in their parent’s kitchen. What was even more remarkable was DJ’s explanation of how the boys got into the skincare business in the first place. DJ, an established chef, had been traveling the world performing cooking shows and demonstrations; however, on one unfortunate day he sustained serious burns. Luckily, Momma Nardo knew the cure, and taught him the benefits of using organic oils on the skin. After that, the boys were hooked on natural skincare, combining a variety of ingredients in their quest to craft the perfect creams and ointments.

The Nardo’s pitch went well at first, until Mark Cuban asked the brothers about their sales. After already telling the sharks that the company began in 2009, hearing that they had only reached $30,000 in sales by 2012 was not very impressive. Kevin O’Leary was able to easily explain the problem, by noting that out of all the industries a business can enter, skincare is one of the most competitive.The lack of any real marketing push for a skincare product put them at a huge disadvantage when compared to the big players in the market. With those comments lingering on the Shark’s minds, one after the other, the Sharks started dropping out. In the end, Nardo’s Naturals only received one offer, and it was from Barbara Corcoran.

Barbara saw promise in the brothers, not because of impressive sales, but because of their unflinching optimism. They were determined to make the business a success, and that drive gave Barbra the confidence to offer an investment. The catch? She asked for 50% of the business in exchange for the original $75,000. The brothers hesitated to accept an offer that sought half of their business, and chose to take a moment outside the Tank to talk it out.

When the brothers returned, they looked at Barbra, and with a smiles from ear to ear, they accepted Barbara Corcoran as a full partner. 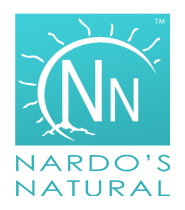 After Barbra’s investment of $75,000, Nardo’s Natural entered into some very exciting contracts. In April of 2012 they partnered with MLB Pitcher David Price to introduce their new natural muscle rub. The very next month, the company was featured on Good Morning America. The publicity sent over one million hits to the Nardo’s Natural website.

From the humble beginnings of $30,000 in sales by 2012, the company has exploded in growth with over $500,000 in sales. The brothers thank Barbra for her mentor-ship and have been floored with the all the success the company has enjoyed. Now, the company is no longer working out of a kitchen, and instead enjoys the space of a full-fledged manufacturing facility accompanied with fourteen sales reps.

Their website sees impressive sales, and is split between three distinct sub sections, the vanilla site with their full product line available. A more bespoke site, that allows the discerning customer to edit and customize ever aspect of their skin care product package, for a price and the wholesale site, meant for businesses that wish to sell their products. Nothing stopping the day to day customer from shopping their, so if you want to buy your skincare products in six month supplies, they have you covered.

Barbra has also opened the door to big box retailers, and where the company previously was only available in 17 small spa locations, Nardo’s Natural has already accepted a deal with Walgreen’s, and their products are already listed on the Walgreen’s website. The brother’s are eternally grateful for Barbra’s help, and can’t wait to see how their business will grow!