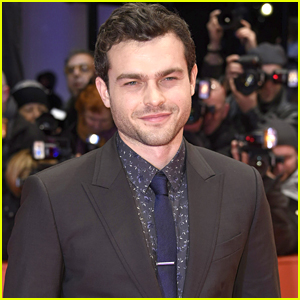 Young, up and coming actor Alden Ehrenreich has been tapped to play the young Han Solo in the new Star Wars spinoff movie, according to the Hollywood Reporter.

Ehrenreich’s breakout role was in the Coen Brothers’ comedy Hail, Caesar!, in which he was impressively charming and funny, despite the film overall seeming quite lackluster in its comedic quality. He played a Hollywood star who specialized in westerns, only to be forced into a situational drama film. Watch his hilarious interaction with the director of the film, played by Ralph Fiennes, here.

The lengthy search to play the young Han Solo saw 2,500 actors audition for the role, but Ehrenreich was one of three actors to make it onto the final short list. Jack Reynor (Transformers: Age of Extinction) and Taron Egerton (Kingsman) were also considered for the role. Of course, the film producers were looking for a certain type, but Ehrenreich stood out amongst the lookalikes.

Born in Los Angeles, the 26 year old actor made his feature film debut in Francis Ford Coppola’s independent film Tetro in 2009, as well as Coppola’s 2011 film, Twixt, but quickly moved on to appear in Woody Allen’s Blue Jasmine alongside Cate Blanchett, Park Chanwook’s Stoker, and Richard LaGravenese’s Beautiful Creatures. Clearly this young actor has a lot more to show us. Similar to Harrison Ford, Ehrenreich lucked into the acting gig. Ford had been working as a carpenter and only subbed in to do line readings while the original Solo role was being cast. Ehrenreich was discovered by Steven Spielberg while starring in a short comedy sketch in a friend’s bar mitzvah. Though Ehrenreich owes his start to Spielberg, he certainly is proving his worth on the silver screen.

Details are slowly coming out about the 2018 Star Wars spinoff, and we are certainly excited to see Ehrenreich in his new role! Other Star Wars actors have commented on rumors about their own spinoffs, such as Ewan McGregor. Well known for his role as Obi-Wan Kenobi, McGregor says he has not actively sought a spin-off film for Obi-Wan, but gets asked about it all the time. Hopefully he would agree to a spin-off film should the producers ask him. But the next question everyone is wondering is–who will play the young version of his furry companion? There have been reports that the spin-off in 2018 is meant to act as somewhat of an origin story for Chewbacca, but nothing has been confirmed.