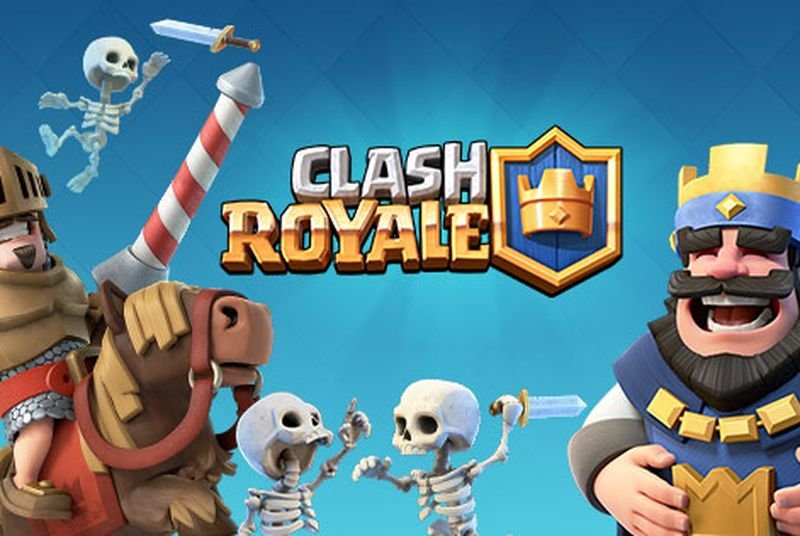 Clash Royale is following the steps of its older brother Clash of Clans in becoming another hit Supercell game. Its deliciously unique combination of trading card game and real-time strategy has captivated gamers from around the globe.

The game might look simple if you watch how it unfolds. But if you try it yourself you’ll see that it needs more than just placing powerful troops on the field. There are Elixir costs to consider along with card synergies and even strategic placement. If you are looking for a couple of tips and tricks to help you out in Clash Royale then read on.

In building a go 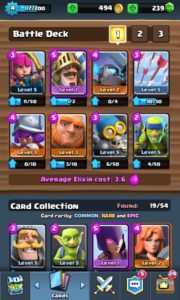 od and balanced deck there are some things to keep in mind. First is that you have to know the Elixir costs of each and every card in your deck. Make sure that there is a good mix of expensive and cheap cards so you won’t have problems in deploying troops.

Next is that you should be prepared to counter whatever your opponent throws at you. Use Skeletons to block a charging Prince. Deploy a Valkyrie or Baby Dragon to wipe out your opponent’s mass of Goblins. Keep the pressure on with Barbarian Huts and Tombstones.

Balance your troops well. Do not focus on using only heavy hitters with no area damage capabilities. Don’t build a deck that only has fragile troops with no tanks. Do not rely on Epic cards only and snub the Common ones.

Upgrade only the cards you actually use. Don’t max out each and every card that you have just so you can brag about having a collection of high-level troops. The game may be a bit generous when it comes to gold but you don’t earn large amounts of it. If you are having trouble with upgrading your troops then you should join a clan so other people can donate their cards to help you out.

If you are stumped on how to create a balanced deck then let me help you out:

Here are some beginner decks that you can follow:

This deck allows you to easily defend against your enemy’s attacks as you build up enough Elixir for your own offensive. Substitute Tombstone if you do not have Skeleton Army.

The deck focuses on countering the opponent’s cards. The Giant Skeleton serves as the tank while the Spear Goblins provide cover fire. The Musketeer and Witch can also be sent on offensives if not to counter high-HP enemy cards. Goblin Hut pressures a lane while the Valkyrie and Arrows make short work of hordes. Lastly the Skeleton Army is always reserved to counter Giants and Princes. Later on you can replace the Valkyrie with a Dragon.

The main form of offense is the synergy between the Giant, Musketeer, and Prince. The low cost cards are reserved primarily for defending the base. Proper placement is crucial as a Fireball or other powerful area damage cards can make short work of your troops. Push both lanes as much as possible. At best this deck will net you one crown if you fail to get all three. If you wish you can replace the Mini P.E.K.K.A. with a Knight. 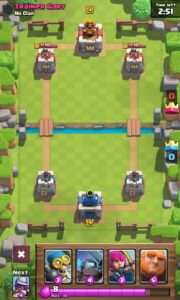 Waiting is usually a good thing. Resist the urge to deploy a troop immediately once the battle starts. Just let the Elixir fill up before deciding what card to play. Or if your opponent decides to go first then you can counter whatever it is he / she deployed. You’ll also get an idea which of your two towers will be focused on.

Having a full Elixir bar does not mean you should use it all up by deploying as many cards as possible. Rush attacks sometimes work in overwhelming unprepared opponents but skilled players know that such a strategy is incredibly risky and can be stopped with area damage cards. Once you drained your Elixir reserves and all your troops were countered you are left with no way to defend against your opponent’s offensive. Never let your Elixir reserves be empty and only spam your cards during the last 60 seconds of the match.

It also pays to be familiar with the Elixir costs of all cards for more efficient deployment and countering. If your opponent deployed Skeletons (1 Elixir) you should not use the Arrows spell (3 Elixir) to kill them. Your towers alone can take care of those troops and if you did use such an expensive counter then it only leaves your opponent with 2 more Elixir than you have.

As for defending never deploy your defensive troops on the bridge itself. It may sound great to clog the narrow pathway to your base but there is a much better alternative. Play your defensive cards on the space between your two towers. That way your troops can block your opponent’s forces while your towers shoot them down. However clogging is of course viable when you are countering enemy Giants or Princes with your Skeletons or other horde troops.

Offensively you should always keep in mind the synergies of cards. Place Musketeers or other powerful ranged troops behind a Giant or another tank. This way the ranged troops can fire at the towers while the tank soaks up the damage. As for the Giants they are best deployed behind your towers so you will have gained Elixir before the big guy crosses the bridge, allowing you to deploy backup.

In Clash of Clans there are a lot of players who “drop trophies” in order to gain more loot by faring against weaker opponents. In Clash Royale this tactic is not recommended as higher arenas reward you with better cards. You may be pitted against easier decks in the lower trophies but the spoils won’t be as handsome.

If you are in need of more strategies then you should spend some time watching TV Royale and learn from the pros. YouTube is also a great resource for guide videos. 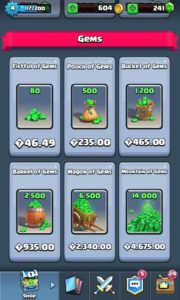 Be active in Clash Royale. The recent update now rewards you with gold after every victory even if there is no vacancy on your chest slots. You can win victory gold for up to 20 times each day. The higher the arena level, the more gold you will be able to win.

Crown chests are updated to give double the content. Unfortunately the amount of gold earned in chests has been reduced except for the Free and Crown variants.

Donate the cards you no longer need to your fellow clan members. You are given 50 gold for one rare card and 5 gold for the common ones. You can buy new cards from the Shop and donate them for extra profit.

A legitimate trick to earn gems outside the game is to download apps like FeaturePoints and FreeMyApps. These two require you to download and use certain apps in exchange for points. The said points can be redeemed for Google Play or iTunes gift cards which you can use to purchase gems. However some territories might not be able to use these apps so do check first if your place is eligible.

Be wary of sites that promise free gold and gems. These “hacks” are not worth the potential trouble that you might get into. Such sites use names like “gold generator” or “gems tool” to attract the unwary, along with cleverly-edited images that show the “efficacy” of their hacks.

I hope these guides and tips will help you rake in better cards and more crowns in Clash Royale. Just always remember to familiarize yourself with your cards so you will know their synergies. Build the balanced deck for the right situation (make good use of those three deck slots) and learn from every battle. Always practice patience and learn from your mistakes. Good luck, have fun, and of course… Clash on!