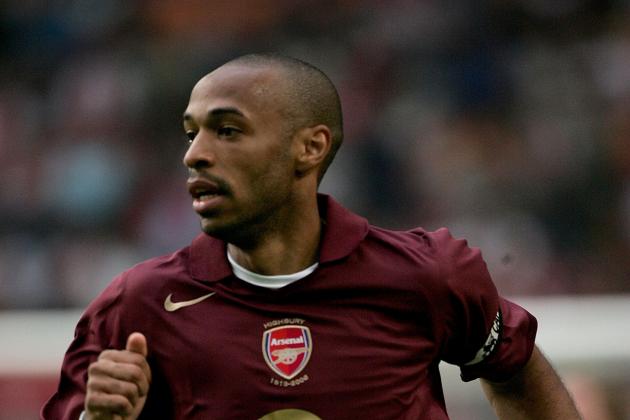 A few years ago, MLS fans were happy to hear that star striker Thierry Henry had decided to join the league and his finish his football career there. But before his decision to join the MLS, Thierry Henry was already considered a football legend and one of the best strikers.

Thierry Henry showed great potential early on and quickly caught the attention of a local club, where he played for six years. He moved to other clubs during his youth career but he made his professional debut with Monaco, where he played as a left wing. He remained with the club and by his third season, he had already helped the club win the League 1 title and reach the Champions League semi-finals. He was also part of the national team, which won the World Cup in 1998. In five seasons with the club, he scored 20 league goals in 105 appearances.

Henry moved to Juventus in 1999, but his stay with the club did not last very long as he was transferred to Arsenal later that year. He only scored three goals in 16 appearances with Juventus, but Arsene Wenger was convinced that he could help Arsenal. He didn’t have a great start to the season but the move worked as he finished his first season at Arsenal with 26 goals. Arsenal did not win the league that year but the club had success a few years later, winning the league and FA Cup. In 2002, Thierry Henry, who had now won silverware with the club, was going to try to do the same with his national team, France. But the 2002 World Cup did not go well and the team was eliminated in the group stage. 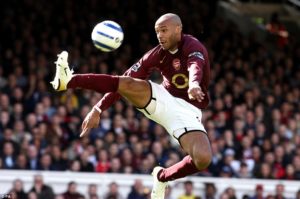 In 2003, Arsenal had one of its best seasons. They became the first team in more than 100 years to complete a league season without a loss. This led to a league title and Henry finished second for the 2004 FIFA World Player of the Year award. The Frenchman scored a total of 39 goals that season.

Arsenal did not win the league the following season but Thierry Henry was still considered one of the best strikers in the world. He scored 31 goals that season and in 2005, he was named captain. He became the club’s top scorer of all time later that year. He also finished first in the league’s goal scoring list. Arsenal did not win the league but did reach the Champions League final that year, losing 2-1 to Barcelona. Rumors mentioned that he would move to another club but he signed a new contract to remain with the team.

The following campaign, injuries left Henry out for part of the season. But many believed he would remain with the club for many more years. That all changed in 2007, when he was transferred to Barcelona. Henry scored a total of 174 goals for Arsenal. The star striker was not scoring as much goals as he was in Arsenal, but still finished his first season as the club’s top scorer. The trophies started coming in 2009, with a Copa del Rey, league and Champions League win. The success continued with three more trophies, making it six in total for the club that season. 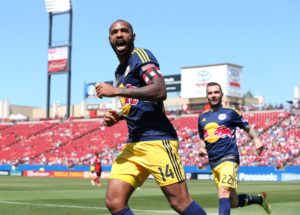 In his third season, Henry only started 15 games. After the 2010 World Cup, the club announced they had agreed to a transfer but did not name the team. Later that month, Henry signed a contract with the New York Red Bulls. The surprising move was great for the league, which had recently added other stars. Henry had two assists in his debut and helped his team in the playoffs.

In 2012, he returned to Arsenal for two months. His return to Arsenal was successful, he scored in an FA Cup game. In his last game with Arsenal, he scored the winning goal with just seconds left in the match. After the two-month loan at Arsenal, he returned to the New York Red Bulls. A year later, he helped his team win a regular season championship. In 2014, he became the all-time assist leader for the club. Later that year, he announced his retirement.

Henry’s football career was great, especially at Arsenal, where fans have named him as one of the greatest players for the club. Its been almost two years since he retired, so what’s he doing now? Will he return to football as manager or owner?

In March, Henry revealed through an Instagram image and description that he had passed his UEFA A Licence coaching badge. This means we could soon see him as manager. Zinedine Zidane, who played with Thierry Henry in the France national team, is the current manager of Real Madrid. Dennis Bergkamp and Patrick Vieira, two of his teammates at Arsenal, are currently doing the same. Dennis Bergkamp is the assistant manager at Ajax and Patrick Vieira is the current head coach of New York City FC, which began playing in the 2015 MLS season. Last month, it was reported that Thierry Henry had been selected as a new assistant coach for Arsenal’s youth team. The legendary striker was also mentioned for a manager job at another club recently.