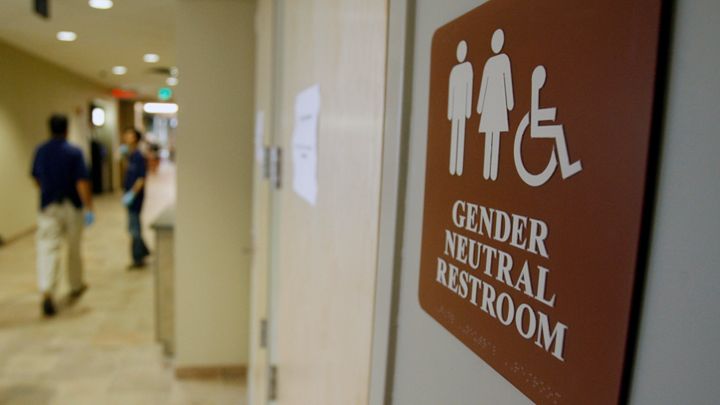 In March, North Carolina governor Pat McCrory signed HB2 (House Bill 2) into law, thereby severely limiting the protections LGBT citizens receive from discrimination in the workplace and in the use of public facilities and accommodations. The focus of the law was that transgender individuals would be mandated to use the bathroom of the gender they were assigned at birth. Proponents of the law argued that the bill was meant to protect the safety of women and children who were supposedly at risk of being sexually assaulted by men entering the female restroom by pretending to be transgender women. 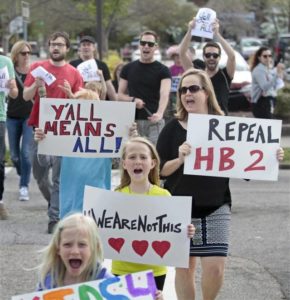 The backlash against this law was palpable. Several musical artists including Bruce Springsteen and Beyonce have come out against the law (although Beyonce announced her opposition on after performing in the state on her current tour); American Airlines, Wells Fargo Bank, the National Basketball Association, NASCAR, and PayPal have expressed concerns about the prejudiced law, with PayPal even pulling 400 jobs out of North Carolina from a planned expansion into the state. High Point Furniture Show, the biggest in the world, suffered losses of major companies refusing to attend the show in a boycott of the state because of HB2. Presidential candidate Donald Trump has come out against the law as well,  arguing that creating a third bathroom specifically for transgendered people would be also be discriminatory. The business man in Donald Trump is speaking some sense here, in terms of the economic impact North Carolina is suffering in the wake of HB2.

The state will continue to suffer economic setbacks as consequences for the law, especially if the legislature insists upon not repealing it. This most recent announcement from the Justice Department includes a notice that the “Bathroom Bill” violates Title IX of the Civil Rights Act, which means the North Carolina school system is risking a loss of hundreds of millions of dollars in federal education funding if the law is allowed to remain on the books. The federal government also expressed in its letter a threat that it might sue the North Carolina state government to protect state employees from discrimination.

This is not the first anti-LGBT law that has emerged in the last year, mostly in response to the Supreme Court’s June 2015 decision to legalize same-sex marriage across the nation. Tennessee has a similar “bathroom bill” to North Carolina’s in addition to a bill that allows mental health professionals to refuse treatment to LGBT individuals. Colorado, Hawaii, Iowa, Michigan, Mississippi, and Oklahoma have laws on the books that fit into a category of laws known as Religion Freedom Restoration Acts. These are laws that use religious freedom as grounds to deny service to LGBT citizens. There are also several states (Arkansas, Colorado, Minnesota, Missouri, Mississippi, New Jersey, Ohio, Oklahoma, South Carolina, and Tennessee) with Pastor Protection Acts in action, which include laws that allow churches to refuse to perform same-sex marriages.

Jan 8, 2021
Residents in the area of Cachagua, located in the commune of Zapallar, are not happy with the recent reports of a big party that...