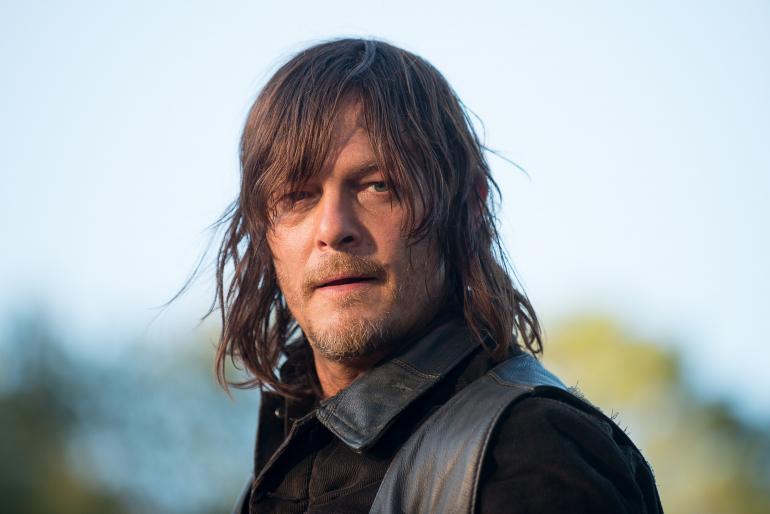 Norman Reedus is one of the most popular characters of The Walking Dead series and fans would like to know what happens at the beginning of Season 7. The actor did not reveal what happened but this post does contain a few spoilers for the sixth season, so skip if you don’t want to know about the episodes.

As many of us know by now, The Walking Dead season six finale introduced one of the characters the show had mentioned since the start of the season. Fans all around the world recorded their reactions to the finale, which ended without letting us know what happened.

Norman Reedus, who plays Daryl Dixon on the popular series, has talked about the events of season seven. The actor appeared on the Entertainment Weekly Radio yesterday and talked about the question that many fans have been asking and trying to solve since the finale. The ending showed Negan attacking a member of Rick’s group but it did not show who it was. Fans quickly looked at the trees in the back to answer the question and some even posted an audio of the voices heard after the attack. The actor responded to the question by saying he doesn’t like spoilers and that he wouldn’t want people telling him the ending to the movie in a movie theater.

Reedus also spoke about the ending and the return of season seven. The actor said for the return that the planet is probably going to explode. He added that it’s so good and that every time they go on a promotional tour, they all say it’s amazing. He finished by saying: ”It’s worth the wait, trust me.”

Its been a few weeks since the finale introduced Negan and other members of his group, but fans have not stopped talking about the episode and who was attacked as the show ended. Videos have mentioned most of the characters who are standing there, including Daryl Dixon, who was captured and told to stand there with the group.

We’re not exactly sure when The Walking Dead returns but rumors have it returning some time in October.

What did you think of the season six finale? Let us know in the comments.