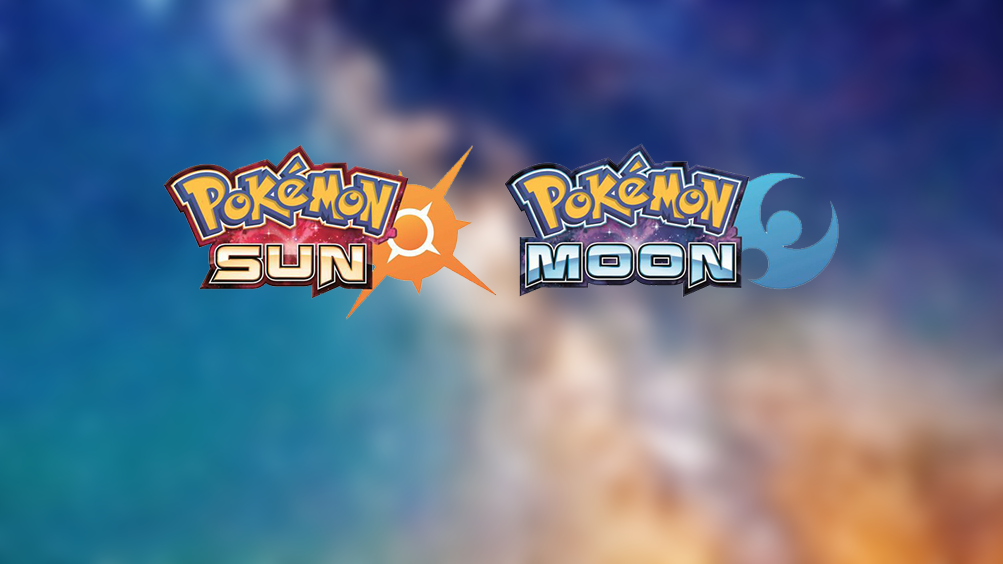 Next Generation of Pokemon

Today, Pokemon released more details on Pokemon Sun and Pokemon Moon, the latest installations in the illustrious Pokemon series. These games were first announced in a Nintendo Direct this February and Pokemon fans have been eagerly awaiting information on this seventh generation title.  And Nintendo certainly gave that to them today. The February Nintendo Direct only showed short glances at concept art and sketches for the game, so I’m sure you can imagine the reaction to seeing all of these new screenshots and official promotional material. We’re now able to see (or at least infer) where this game will take place, what kind of Pokemon it will feature, and what kinds of past features will be revived. Let’s break down everything that we know now.

Right off the bat, this new trailer gives us a good look at the Alola region, a tropical paradise that seems heavily inspired by America’s own Hawaii. Pokemon has dabbled in more tropical climates before with the Hoenn region, so it will be interesting to see the gameplay changes that they decide to make with this new region. Hoenn has (infamously) been criticized in the past for having an excess of water terrain, and many fans of this franchise are hoping that Sun and Moon, which seem to take place entirely on a series of islands, don’t fall down that same pitfall. 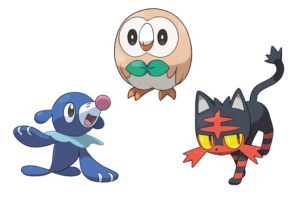 To many, the most notable reveal in this trailer came with the unveiling of this generation’s new starters. In Pokemon Sun and Pokemon Moon, players will be able to choose between Rowlet, Litten, and Popplio to join them on their Pokemon adventure. Just like with every other Pokemon game, these starters are grass, fire, and water types, respectively. The design of these new creatures has already been highly praised. Rowlet is a dual-type grass/flying Pokemon, with a clearly owl-inspired appearance. Litten is a fire Pokemon whose name seems to be a play on the words “lit” and “kitten”. Popplio is a water Pokemon who looks to be a baby circus seal. According to the Pokemon website, each starter will already know a type-based attack by the time the player acquires it. This is a change from past generations, where starters typically begin with two normal type attacks.

The trailer also gave players a look at each game’s star legendary. We don’t have any names or type information yet, but these new Pokemon have already made very strong impressions. Pokemon Sun’s legendary looks to be a massive lion-like creature, and Pokemon Moon’s legendary looks to be a massive bat-like creature. (Due to the sun and moon motifs in both games, it is widely suspected that Pokemon Sun and Moon will cross over into the Johto region, similar to how Pokemon X and Y crossed over into the Kanto region.)

Some trailers, like the slightly more extensive Japanese reveal, gave us little glances at a couple of new wrinkles that have been made from Omega Ruby and Alpha Sapphire. To begin with, the game is given a whole new look and feel, with overworld models actually matching what they look like in battle. (A lot of people were unhappy with the chibi-like appearance that characters were given in the overworld of previous 3D titles.) It also looks like this game will give players unprecedented customization. Not only will players be able to change the clothes that their trainer wears (a feature which was omitted from Omega Ruby and Alpha Sapphire, for some reason) but it also looks as if players will be able to choose from different skin tone and hair color presets. These are features that fans of the franchise have been asking for for years, so it’s nice to know that Nintendo is listening.

When can I get my hands on it? 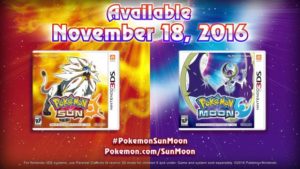 So, from what we’ve seen, Pokemon Sun and Pokemon Moon look pretty awesome. The new Pokemon designs that we have seen so far look great, features that people love are returning, and new features that people have been asking for have been added. When will this game be available for purchase? In the February Nintendo Direct, the game was given a very vague release date of “HOLIDAY 2016”. Today, we were given more concrete information. The game will see a worldwide release on November 18th of this year, and it will release in the European market a few days later, on November 23rd. (If you close your eyes, you can hear Pokemon fans around the world marking their calendars.)

How do you feel about what you have seen of Pokemon Sun and Moon? Feel free to leave your thoughts in the comment section below.