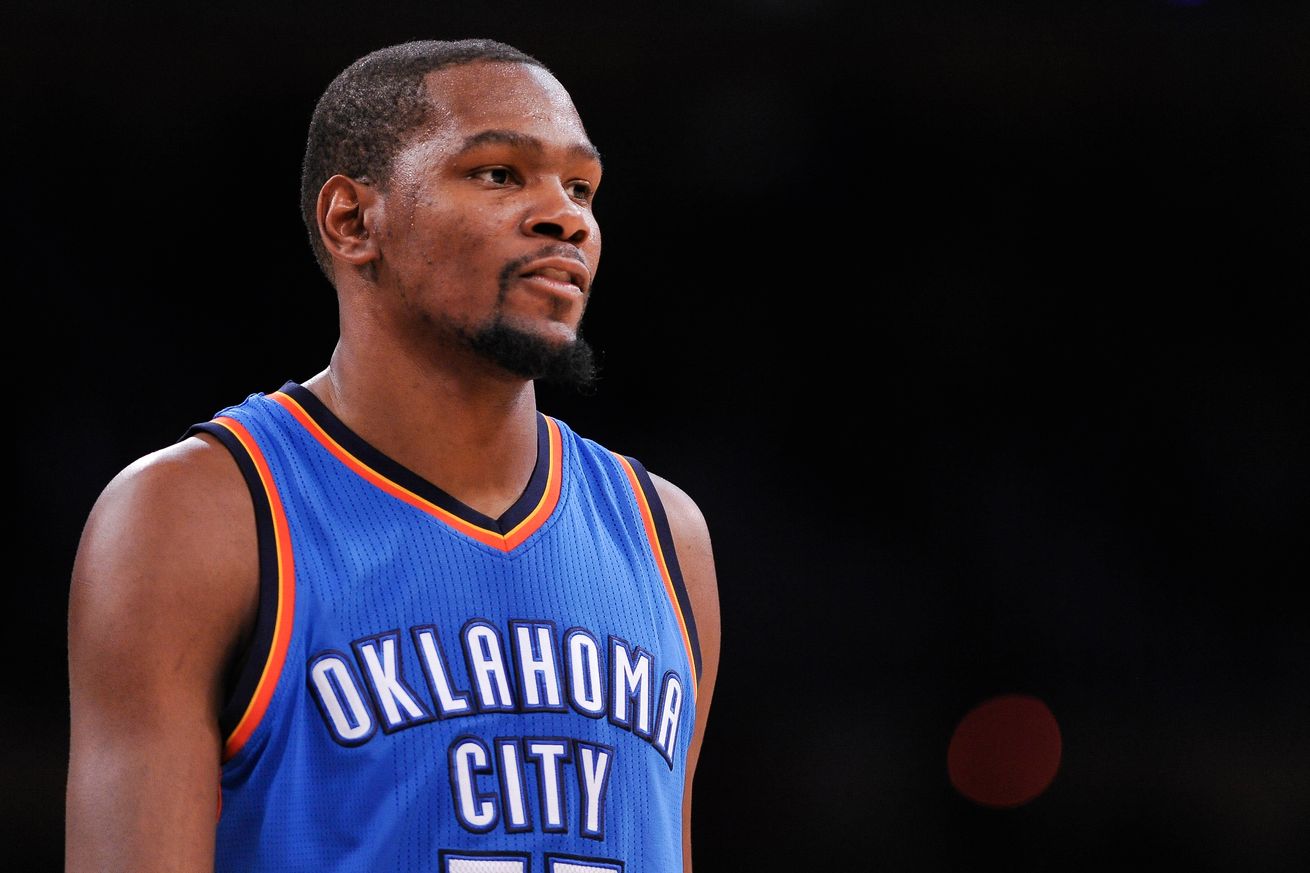 The Miami Heat are interested in re-signing Hassan Whiteside this offseason. But the team could also be interested in signing another superstar. We’re talking about Kevin Durant, who is having a really good season with the Oklahoma City Thunder.

This was revealed by Dan Le Batard, who usually has the latest news about the Miami Heat, on his ESPN Radio show. The radio host said recently that making a strong pitch to the Oklahoma City Thunder player has always been No. 1 on Riley’s to-do list. Le Batard also mentioned that the Miami Heat did not sign Dwyane Wade to a multi-year deal last season so they could try to sign Durant.

Which teams wouldn’t be interested in signing Kevin Durant though? The star player is having a great season, with his team tied 1-1 against the Warriors in the Western Conference finals. He has not won an NBA Championship but has been close, making the NBA Finals once. The series between the Thunder and Warriors has at least three games left and this could be the year when Durant makes another NBA Finals.

The news aren’t very surprising though, many already believed that the Miami Heat would be interested in signing Kevin Durant. No one knows if Kevin Durant will actually sign with another team, especially after the way they’ve played in the playoffs. The Oklahoma City Thunder are three wins away from an NBA Finals but they’re competing against the current champions. It won’t be easy advancing but if the Thunder make and win the NBA Finals, he could stay. If he does decide to leave the Oklahoma City Thunder, there will also be other teams interested in signing him.

Six years ago, the Miami Heat made room to make two big signings, LeBron James and Chris Bosh. The Miami Heat then made four straight NBA Finals, winning two of them. The team made the playoffs this season, losing to the Toronto Raptors in seven games.

The Miami Heat do have other players they need to re-sign, so it will be interesting to see what happens after the season.

Will Durant sign a new deal with the Oklahoma City Thunder? Who is going to win the NBA Finals? Let us know in the comments.