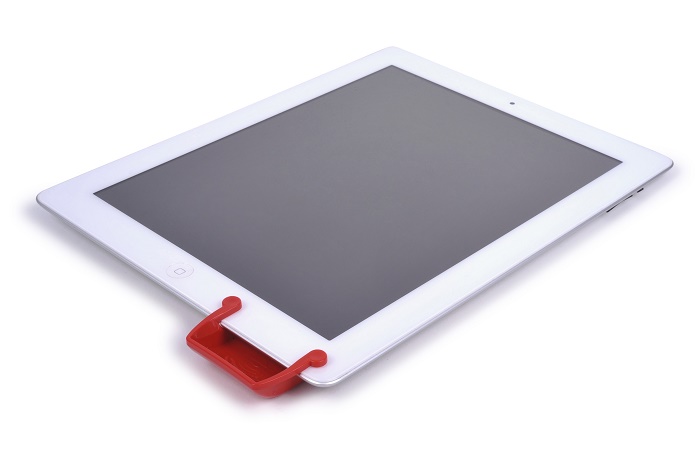 Moshe Weiss is a father, rabbi, and entrepreneur. Until the Great Recession hit Minnesota hard, the St. Paul native spent his days teaching at a Jewish school for boys. The school was forced to close. After losing his job, Moshe was given an iPad to lift his spirits. He enjoyed listening to music and watching videos on the tablet, but he found himself straining to hear through the tiny speaker on the back. Eventually, he discovered that cupping his hand behind the speaker directed the sound toward him, and he reasoned that a physical product to fill the same task would be possible. Moshe ultimately came up with a small plastic “sound funnel” that could connect magnetically to the side of an iPad. He called it the SoundBender.

The product was simple and widely useful. Third-party technology accessories can have a hard time taking off because they tend to be so narrow, but millions upon millions of people own iPads. His next step was to hit Kickstarter with his invention, and he received nearly $20,000 over two funding campaigns. He knew that the success or failure of SoundBender would come down to marketing and public awareness, so he was ready to ask for the sharks’ help. With luck, he could generate some buzz and make SoundBender the next big thing in consumer electronics accessories.

From the moment Rabbi Moshe Weiss stepped forward into the tank, it was clear that he was a natural pitchman. Decked out in his traditional beard and yarmulke, he gradually drummed up outrage at a problem allegedly affecting over 70 million people. During his pitch, he took the podium, wagged his finger, and spoke with a Captain Kirk cadence. “I’m here…to offer you guys…26% of my company…for only…$54,000.” Moshe managed to play the strict schoolmaster role well, and he had the sharks laughing in no time. With great aplomb, he unveiled the device and gave a quick demo of traditional Jewish klezmer music, with and without the SoundBender attached. It seemed to make a real difference. Moshe claimed that the SoundBender had both “huge sound” and “huge margins”.

Mr. Wonderful was quick to compliment Moshe on his presentation, but he was really after those margins. For production costs of only a dollar per unit, the suggested retail price of each SoundBender was $12.99. The business was early, but in the first six months of operations, he had sold 7,000 units. His major distribution channels were several Kickstarter campaigns, a personal website, and an online distributor. He took this opportunity to tell his story, about how he came up with the SoundBender and hoped to spread his humble invention to millions of people. Ethics and consciousness were important elements of the company, including USA-based production.

Moshe may have fumbled his next response when Kevin asked for the purpose of his investment. He was probably looking for some combination of cutting production costs, sourcing better materials, and building inventory, but Moshe had other ideas. He was interested in modifying the mold to improve sound quality. This worried Kevin, who wanted to take the already-functional product to a large market as quickly as possible. Moshe claimed that he wasn’t just a tinkerer: he wanted to sell. To back it up, he confided that he was close to closing a deal with Walgreens.

Still, Kevin wasn’t on quite the same page. His vision was to license the SoundBender and earn a royalty on each unit sold. It would be sent to an Asian factory where production costs could be lowered to cents on the dollar, and the two of them could get a cut of every single sale. Moshe was straightforward with his answer. He wasn’t interested in royalties and licensing. With this, Kevin flatly withdrew. He was convinced that licensing was the right way to go.

Moshe opened up to the other four sharks. “Let’s negotiate, people. Let’s get this done.” Mark admired Moshe’s “chutzpah” but turned down the investment opportunity. For him, the business was too small, and he couldn’t see it growing to anything resembling $20 million in sales. Barbara rarely invests in technology products and wanted some guarantee that she could get her money back. She suggested a royalty structure, which Moshe turned down on the spot. He thought giving her a flat royalty on every unit would be counter-productive, since it would siphon off cash while he grew the business. This may have been a smart business decision, but Barbara was out because of it.

Daymond was hesitant. The Walgreens deal was his main reason for interest. Without it, he would never invest, but if it went through, he was willing to do $54,000 for 40%. Moshe thought for a moment before checking in with Robert, potentially angering Daymond. He asserted his importance. “You understand, if he steps out, my offer starts to change because I become more valuable.” Robert was also only cautiously optimistic. He appreciated Moshe’s pluck, but he wasn’t sure that Moshe had done his homework. He hadn’t spoken at all about distribution channels moving forward. In this respect, he agreed with Mark. A person’s most valuable asset is their time, and Robert didn’t want to waste too much of his on SoundBender.

Moshe defended himself on this count, giving his best impression of a clueless and overwhelmed rabbi, struggling to sell on the “Internet-Schminternet”. This wasn’t him. He knew how to run the business, but he needed connections. Robert took Moshe at his word on the distribution problem and on Walgreens. He would be willing to invest for the same percentage as Daymond but drop the contingency. In reality, these offers are almost exactly the same. If Walgreens was as interested as Moshe let on, he was sure to sign a deal with them during Robert’s due diligence period. If not, Robert would be free to withdraw after the show. Still, his offer implied greater confidence in Moshe as an entrepreneur.

It was time for Moshe to make a choice, and Daymond gave him ten seconds to do it. He took his time, almost certainly more than ten seconds, but ultimately settled on Daymond. With two nearly identical deals, he settled on the investor who had experience growing a business from one product to millions of units sold. Because of FUBU, Moshe saw Daymond as a “marketing genius” and had immense respect for the man. Moshe left the tank with a triumphant “Adios!” a marked departure from his Yiddish shtick. Flailing his arms like Tevye in Fiddler on the Roof, he celebrated SoundBender’s future success.

SoundBender Now in 2018 – After Shark Tank

In the next season, the Shark Tank team checked back in with SoundBender. The update opened with Moshe flying into New York City, marveling at his fortune in meeting with a major fashion mogul like Daymond John. The partners discussed business figures. In the year since the original Shark Tank deal, the business grew from only $7000 to $250,000, presumably in gross revenue. The Walgreens deal had come through after all, and SoundBender was in over 300 Walgreens stores around the United States. It’s hard to say how, but Daymond convinced him to go the licensing route that Kevin originally proposed. Maybe Moshe saw the money and changed his mind. He would partner with The Wish Factory, who would do all the work for SoundBender. Moshe’s only real job would be to get a check every quarter.

The Wish Factory is a toy wholesaler and manufacturer stationed in Montclair, New Jersey. While little 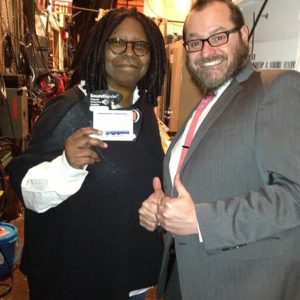 information about the company is available online, the numbers told their own story. They would partner with Marvel to print The Avengers on every single SoundBender device. Kevin was right before when he brought up lucrative licensing contracts – The Wish Factory would guarantee at least $2 million in units sold per year. Moshe tied up the update segment with more praise for Daymond. “He’s all about you…and building the brand within you.”

The years since SoundBender’s Shark Tank update have been a bit of a mixed bag. There are a number of excited social media updates from Moshe about meeting fans on the street, expanding to the UK, and working with Daymond John. The early success of SoundBender and Moshe’s infectious charisma even landed him on The View, along with other Shark Tank products. With two million dollars in guaranteed sales, he seemed to have nowhere to go but up.

However, it’s unclear whether or not the deal with The Wish Factory fell through. While the SoundBender may have been renamed for their distribution channel, there’s no indication online of a standing partnership. In July of 2014, Moshe shared some tragic news on SoundBender’s Facebook page. While driving in Minnesota, he fatally struck a 79 year-old man who unexpectedly ran out into the road. The experience clearly traumatized him. Although Moshe understood the event was beyond his control, he couldn’t bring himself to drive anymore for quite some time.

This event seems to mark the beginning of the end for SoundBender’s online presence. Afterward, there was only one more post on the business’ Facebook page, advertising a Cyber Monday deal in late 2014. The website often goes offline, and many customers have reported issues with the checkout system. Adding to this bad news, the SoundBender itself is on a downturn. A new model called the SoundBender Stereo was released in 2014 to support the iPad Mini and iPad Air, but it’s unlikely that a SoundBender is in the works for iPad Pro. This model has four speakers, which partially solves the sound issue and would make attaching a SoundBender device more difficult.

SoundBender may be one of many Shark Tank businesses that get off to a great start and immediately, for unknown reasons, went to zero. We’re left to wonder: What went wrong? Was it The Wish Factory that did him in? Walgreens? Some disagreement with Daymond? Maybe Moshe gave up after hitting the pedestrian, or maybe he just stumbled upon something bigger and better. While there are more questions than answers right now, we should all be on the lookout for future developments from Moshe Weiss and SoundBender.

2018 Update: Unfortunately in Late August of 2016 Rabbi Moshe Weiss passed away after suffering heart complications. We wish his loved one’s the best in these hard times.

After licensing deal with Wish Factory: at least $2 million per year