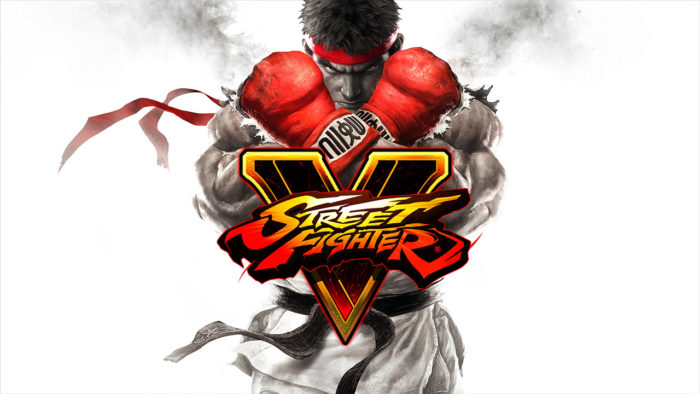 It has bee a while since I got the chance to write a piece on something I love. I’ve played Street Fighter since the Turbo days on the SNES, it came with the console in my region, and have loved the series ever since. The thing about fighting games that isn’t immediately recognizable is that they are more than simply wailing on your opponent until their life meter dwindles to zero. Sure, you can play like that at the beginning, but eventually you’re going to need to know what you’re doing. Learn to see the subtle game of speed cheese in every exchange, know what a mix-up is, discover the infinite world of footsies. I’m hoping I can give you enough tips, tricks and fundamentals to elevate your game a little.

I am by no means a master, but I know enough to get you started, and I can point you in the direction of a few sites that can help. In addition there are a few features unique to Street Fighter V that I will be helping you with, unlocking new characters, costumes and colors. 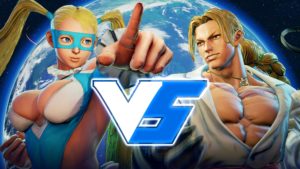 The in-game currency for Street Fighter V is called Fight Money, in reference to a pretty hilarious KO quote from Balrog. Fun fact, the three bosses from Street Fighter II had their names juggled to avoid controversy in the West, the Boxer, Balrog, is called M. Bison in Japan, in reference to Mike Tyson. Bison is called Vega and Vega is called Balrog. Anyway, back to my fight money. You can use it to buy pretty much everything from the online store. They also offer everything for sale in real money, but why bother when you can just play the game to unlock all the stuff.

Getting Fight Money can be a grind though, something that is very prevalent in Japanese games. The first thing you want to do is play through the arcade mode as every character. The first play through in arcade mode nets you a fight money bonus, and when you’ve played through it with everyone you should have 150,000 total fight money. Not a bad place to start, but seen as characters cost 100,000 and there are currently two of them available, not to mention extra costumes, you’ll need to accumulate a whole lot more.

Next on the chopping block is the survival mode, all of the survival modes. There are four of them, and they are pretty easy to sprint through with the shoto characters, Ryu and Ken. Beating them easily will require a good anti air, like the Shoryuken. Just spam the attack, sure you won’t get any better, but fighting the CPU in Street Fighter in general can only really make you better at blocking. You can complete all the survival modes like this, and after doing it with all the characters you should have a few hundred thousand in Fight Money, more than enough for the DLC characters, and a few costumes. If you want to buy everything from the store you’ll need to grind in the online mode.

When Grinding in the online mode for Fight Money it is important to have your characters on rotation. Remember, leveling up nets you 1000 Fight Money, but at higher levels it takes longer to level up. The added bonus here is that you’ll get a better feel for the cast, and should be able to pick your main. Do all of this and it won’t be long before you have everything. 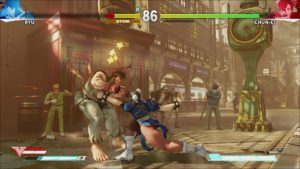 So you’ve played through the arcade mode as everyone, and you’re really getting a feel for the controls and the moves, that’s great, but have you picked your main? If you want to excel in Street Fighter, and this applies to all of them, then you need to find a character that you like and stick with them. Know their specials, their normals, their range and goals in the match. These things are different for everyone, but there are a few universal skills that all mid range SF players need to know.

It is imperative that you look up and find out the core combos for your chosen character. Practice them and get them done pat. Knowing what combos will work in certain situations is one of the most important things to know, as the distance between you and your opponent will sometimes cause you to miss certain attacks. Some characters will be easier to pick up than others, Ryu is always a good bet for beginners. He has some nice mid damage combos, an excellent anti-air and a fireball, great for locking down a player at range. Beyond a few good BnB combos, you should be looking up and learning some punish combos. Usually more complicated, but also more damaging, you pull out a punish combo when you know for certain the opponent cannot block, like after a whiffed(missed) attack or when you stun someone.

As important as knowing your combos, is knowing your block strings. When you swing at an enemy and they block, depending on the move you use they might be able to attack you after. Knowing a sequence of moves that, when blocked, will push your opponent far enough away to make you safe from their attacks is a necessity. Finding one that looks deceptive is better, but I would say stay safe first.

This is Street Fighter, you are going to get knocked down and knowing what to do in those situations can mean the difference between winning and losing. On the attackers side of things, you have the advantage. You can move the opponent a little, start an attack, a feint, a cross up, anything you want. At the beginning of the match it is harder to decide what to do, as you don’t know how your opponent plays, but recognizing patterns can help there. Say you walk towards the downed player and they wake up with a move that is invincible on start up, like a shoryuken, if they do that the first time you’ll be expecting it the second time. Now a good player mixes it up, I’ll talk about that in a moment, but a bad one will go with what worked last time. So you walk up and block, giving you a free punish. It’s a 50/50 situation though so, like poker, it is playing the player, not the game.

I liken playing Street Fighter well to Pavlov and his dogs. You almost have to train your opponent through your choices, getting them to do what you want. The mix up game in Street Fighter is essentially changing tactics based on past events, I touch on an example in the previous section. Your core attack options can be summarized as low, overhead, throw and cross up. They are all blocked differently, and so in a situation where you have advantage, like a knock down, you create a “guessing game” for the enemy. If you are the enemy, then you need to remember what they did last time, and how well that worked. Reading an opponent is a hard skill to learn, and doing it in under 99 seconds harder still, but it can be done.

Okay, this is a hard thing to define, but if I were to try and do so I would call Footsies the conditioned response spacing game. Footsies is played only when you know your normals, their ranges, their counter hits etc. When playing mid range you use your normals to poke your opponent, so you’re hitting them at a certain range and they get used to blocking at that range, eventually they can see what you’re doing and they throw out a counter, and you get nailed. So now you’ve started doing that same move just outside their counter range, they counter letting you punish. Say they don’t start counting it, they keep blocking, now you’ve trained them to block at a certain range, so you walk up and throw. It’s a complicated series of if or statements based on how you and your opponent plays. Here’s a core tenet to live by in any 2D fighter, Don’t bloody jump. Seriously, when you get into the air you are severely limiting your options, while your opponent still has all of theirs. I read a great exception to that rule though, if you ask yourself what you intend to land when you jump, and you think “A Combo” then you have made a mistake and about to eat an uppercut. If you know exactly what the other player is going to do, and jumping is the best counter, that is when you jump. Even then, if you refuse to jump when it’s the best option you can land some seriously devastating combos by doing so when you get a little reckless.

I think that about does it for the fundamentals of play. This list is by no means exhaustive, but it will hold true across all of the games in the series, and likely the ones to come. If you’re looking for more detailed information check out Shoryuken.com. Their forums have all the combo lists and match up data you could want. If you want to read up more on Footsies, the most complicated part of the meta-game, check out Maj’s Footsies Handbook on SonicHurricane.com, it is a fascinating read, and comes with examples you can watch.

Remember too that Street Fighter is a hard game. Learning combos is the tip of the iceberg, and only gets you to half way good. Have fun out there, and don’t be a scrub.