My Therapy Journal Update – The Shark Tank Company Now in 2018 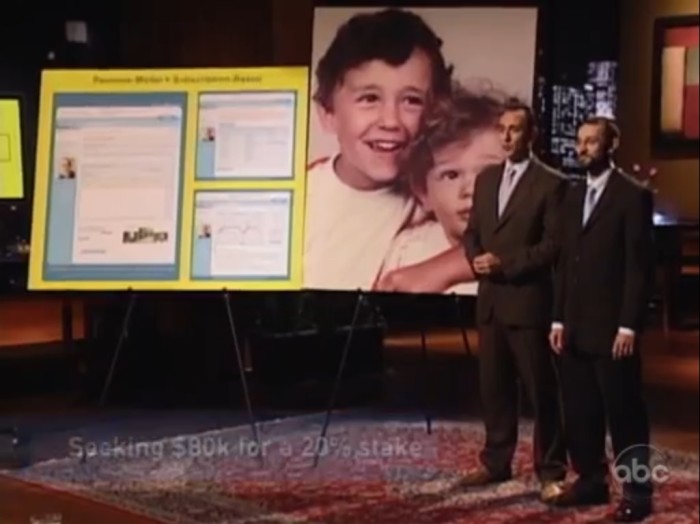 My Therapy Journal Before Shark Tank 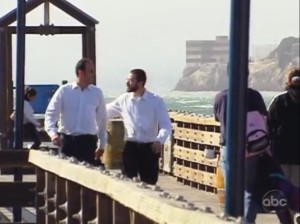 Rodolfo Saccoman and Alexis Saccoman are brothers and they are originally from Brazil. Alexis Saccoman is a therapist and has his own private practice in San Francisco and Rodolfo is the director of online marketing for a major resort chain in Palm Beach, Florida. Rodolfo Saccoman states that he and his brother have combined both of their expertise, and created an innovative business, which has tons of moneymaking potential, but more importantly, it will also be able to help a lot of people.

Alexis Saccoman states that he and his brother were born in Brazil and they lived there till the age of ten and six, which was also the point when his dad made a big breakthrough. Their father started as a factory worker in Brazil, working his way through high school, college and earning two master’s degrees. Their father really wanted Rodolfo and Alexis to learn English, because if they learned English, they could eventually move to the United States of America. Rodolfo states that an investment from the Sharks would justify their parents’ sacrifice and the fourteen years he have been in the USA, and says that he is looking forward to finally be able to taste the American Dream.

My Therapy Journal During Shark Tank

Rodolfo and Alexis start their presentation by introducing themselves and stating that they are the founders and creators of the website called My Therapy Journal. Rodolfo Saccoman continues by saying that they are seeking an investment of eighty thousand dollars, in exchange for a twenty percent stake in their company. Alexis Saccoman continues by asking the Sharks to close their eyes for five seconds and to think about something that makes them feel good and happy, after which he asks the Sharks to open their eyes again.

Rodolfo Saccoman says that they are in the business to deliver that exact feeling, to more people, more often and in more places. He states that he himself and his brother are revolutionizing therapy. Alexis Saccoman continues the presentation by saying that My Therapy Journal offers an online psycho-therapeutic tour. Rodolfo Saccoman states that they are providing the most effective and affordable alternative to traditional therapy.

Alexis Saccoman states that, currently, their entire website is data driven, and that their website has two components. The first component allows you to pour your heart out and write down all of your feelings and thoughts, in one of the most secure online journals. The second component shows a persons’ progress questions and progress graph. This allows people to track their emotions, behaviors, diagnoses, problems, ambitions, hobbies and anything else that people would want to track. Everything will be logged in a line graph, which allows people to see how they are doing today, compared to last week, last month or last year.

Rodolfo Saccoman answers the question by stating that their website has over a thousand members, and that they have paying customers. He also states that they are already making money and that there are no overhead costs.

Rodolfo Saccoman answers the question by saying that they have grossed about four thousand dollars last year.

Rodolfo Saccoman states that they have over eleven hundred members that have signed up for a free trial. The free trial lasts for fourteen days, and after the trial ends, the users have an option to continue using My Therapy Journal by signing up for a membership.

Rodolfo Saccoman answers the question by saying that about ten percent of the free trial users have turned over and bought a membership. He continues by saying that the My Therapy Journal website has about eighteen thousand unique hits in total.

He also states that the amount of visitors are low and he and his brother have invested a hundred and twenty five thousand dollars of their savings, in order to be able to create My Therapy Journal, ninety five percent of which have gone into developing the software. Rodolfo claims that they did not have enough money for advertising and they do not have a PR agency. The way they advertised themselves is by word-of-mouth.

Rodolfo Saccoman answers the question by stating that they have a hundred and twenty one paying customers so far, which is not much at all.

Barbara Corcoran says that she likes both Rodolfo and Alexis, but she does not like the business idea at all. She says she does not want to invest in the company and she is out. Kevin Harrington continues by saying that a hundred and twenty one customers is very low and that it is a tough decision for him, and the company is too small for him. Kevin Harrington states that he is out as well.

Alexis Saccoman states that this is the infancy of their website and that they are currently at the third stage in the conversation with Aetna, the insurance company, which has thirty seven million clients.

Rodolfo Saccoman continues by stating that they have been in contact with several people in the insurance business, who saw the potential in My Therapy Journal.

Kevin O’Leary states that he has an idea, and offers eighty thousand dollars for a fifty percent stake in My Therapy Journal. Robert Herjavec states that he might want to offer more money, but to him, the company does not have any value until Aetna comes in.

Kevin O’Leary states that he would be willing to partner with Robert Herjavec, and that when the Saccoman brothers started with their presentation, he thought that it was just another internet smalltime idea, and that there are a lot of them out there. Daymond John states that he wants to invest in My Therapy Journal as well.

Robert Herjavec states that he would like to offer eighty thousand dollars for a fifty one percent stake in My Therapy Journal. Barbara Corcoran says that the Saccoman brothers should pay attention to the subtle change that happened over the past couple of minutes. She states that there was a fifty percent offer and now she is hearing fifty one percent, which means that

“Rodolfo and Alexis Saccoman ask the Sharks if they can have a moment to think about the offer, and they walk away”

Kevin O’Leary tells Robert Herjavec to not think of him that he is cold, and sarcastically asks Robert what they would need Daymond for, who is a third wheel at this moment.

“Rodolfo and Alexis Saccoman are discussing if they should accept the offer or not, and they are doubting because they do not want to lose the majority share in their company”

The Saccoman brothers walk back and Rodolfo states that they have a counteroffer, which is that the Sharks receive a forty nine percent stake, and that the brothers keep the fifty one percent stake in My Therapy Journal. Rodolfo also states that they have worked so hard to get My Therapy Journal off the ground, and that they believe that the expertise of the Sharks will help their vision to reach the next level.

Daymond John offers the Saccoman brothers a hundred and twenty thousand dollars, for a fifty percent stake in My Therapy Journal. Robert Herjavec states that Kevin O’Leary is right, and that Daymond John does not add any value, because he has never done a deal over the internet. He continues by saying that he is the person who build up an internet company, and sold it for a couple of million dollars. He states that Kevin and himself can turn My Therapy Journal around and make it very successful.

“Alexis Saccoman seems to agree and it looks like the brothers want to accept Robert and Kevin’s offer, but before they can say anything, Daymond John asks the brothers if they came to the USA, just to hand the control of their company over to someone else”

Rodolfo Saccoman states that they need the expertise of people who have experience with online companies, and he thanks Daymond for his offer. The Saccoman brothers accept the offer that Kevin O’Leary and Robert Herjavec made, which is eighty thousand dollars, for a fifty one percent stake in My Therapy Journal

My Therapy Journal Now in 2018 – After Shark Tank 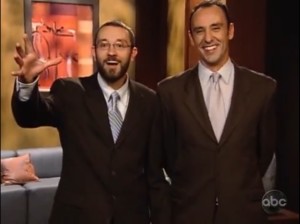 Rodolfo and Alexis Saccoman were struggling to get new members for their online company, but apparently there was some real interest in an online journal company, because they were having talks with big insurance companies. They were not able to gross a lot of money, because they only have about a hundred and twenty paying customers. The Saccoman brothers used all of their life savings to be able to develop the software for My Therapy Journal, which meant that they did not have enough money to advertise. They managed to get an investment from both Kevin O’Leary and Robert Herjavec, which meant that they will have their expertise to help them to get My Therapy Journal off the ground. There is no mention that My Therapy Journal is the best or worst on Shark Tank.

You can use My Therapy Journal by going to their website at www.mytherapyjournal.com and by signing up for a free 14-day trial. After the trial, you will be able to either sign up for a month, three months or a twelve month membership, depending on how much you enjoyed using My Therapy Journal. The costs will go down, the longer your membership period is. The website has testimonials from their users, which all seem to be very positive about the website. Some even say that they have stopped using a diary, just because My Therapy Journal is better at showing them how they progress through life.

I would not say that My Therapy Journal failed as a company, because they were able to get an investment from the Sharks, and not many companies can say the same. However, when I look at the website, it is easy to see that it is very old, using old technology and it has not been updated for a long period of time. In my opinion, if you want to really succeed as an online company, you need to constantly update your website and keep up with the current technology. The My Therapy Journal website looks like it is made in 2007, and never been updated after that, which is a shame.