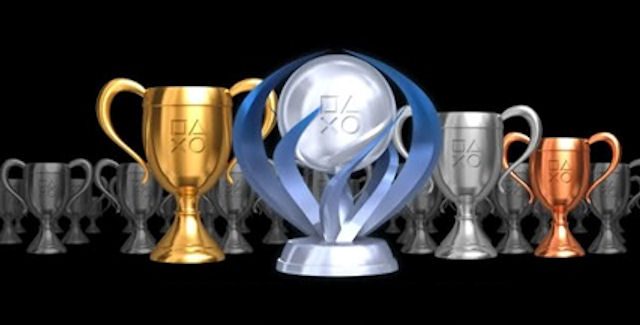 The PS4 has trophies but maybe the best part about this is that they show you how rare they are. Some trophies are impossible to get now, especially in the games that can be played online but are no longer active. A lot of gamers try to unlock the Platinum trophy but some have to play the game over and over again just to get one trophy. The online multiplayer can also be an obstacle, especially if the game requires you to get to a high rank or win a few times in a row. Here are some of the most time consuming trophies on the PS4:

Assassin’s Creed IV: Black Flag is a fun game but it requires you to play a lot before you can earn the 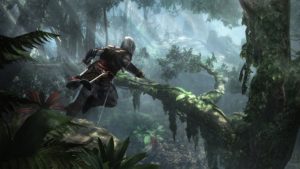 Platinum trophy. One trophy requires you to take out the four legendary ships while another tells you to capture all forts. But those are not the most difficult in this game. The trophy that will have you playing this game for a long time is Committed To The Cause, which has only been unlocked by one percent of the players. It asks you to reach level 55 in multiplayer. That’s a lot of online matches for a bronze trophy. The Platinum trophy, which requires you to win every trophy in the game, has only been unlocked by 0.6 percent of the players.

Alien: Isolation is one of those games that you have to watch your every move. The Alien is out there and there is not much you can do when he sees you. The game is a little scary at times and most players will be caught by the Alien throughout the story. The trophy list doesn’t seem difficult until you see a gold trophy that requires you to complete the game without dying. There’s also a gold trophy called Survivor, which requires you to complete the game on the hardest difficulty setting.

GTA V is a game that will keep you entertained for hours. The story is good and once you’re done with that, the online multiplayer will give you more things to do. But if you want to unlock the Platinum trophy, which 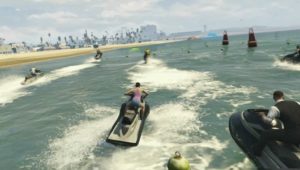 currently has the ultra rare rating with 0.1 percent below it, you’re going to have to spend a lot of time on the single player and online. The single player trophies such as Solid Gold, Baby and Close Shave will take hours. Solid Gold, Baby requires you to earn any 70 gold medals on missions or random encounters. Close Shave asks you to fly under every bridge in the city and complete some of the flight challenges. On the online multiplayer, you have to participate in everything Los Santos has to offer to unlock a bronze and in another, you have to finish in first place in all competitive game types. The two trophies are ultra rare and have only been unlocked by 1.5 and 2.8 percent of the players. The Platinum trophy has only been unlocked by 0.1 percent.

The Evil Within is not easy to complete, especially in Akumu Mode. The game rewards players for completing it on this mode, but only a few complete it. That’s because Akumu Mode is the hardest difficulty in the game, making monsters super strong. It is not impossible but will take time.

Thief is not the most popular game on the PS4 but it does have a number of trophies that will make gamers stop playing for the Platinum. One bronze trophy requires you to complete three missions without taking any damage. But it gets worse, one gold trophy requires to complete the game without taking out the guards or knocking them out. There’s also a bronze trophy that requires you to shoot a bottle in mid-air with an arrow. The Platinum trophy has only been unlocked by 0.4 percent, so you can imagine how difficult it is to unlock these trophies.

The Platinum trophy for this game is not impossible to unlock but it will have you playing the missions again and again. There are plenty of trophies to unlock in LEGO MARVEL Super Heroes, most of which are not difficult. The game does require you to complete the game 100 percent to unlock a gold trophy. That means you’ll have to find all the gold bricks, red bricks, characters and save Stan Lee in the missions. That’s after you finish the story the first time because you’ll need some of the characters you haven’t unlocked to do a few of these things. Once you have completed the missions and have most of the characters, you can go back with Free Play and find all the things you need for 100 percent. The Platinum trophy has been unlocked by 3.2 percent of the players, so it is not that difficult, just time consuming.

Trials Fusion does not have a Platinum trophy but it does have an ultra rare silver trophy. It’s called Is There Anything You Can’t Do?, and it requires you to complete every track challenge in the first eight events. It doesn’t sound difficult but it has only been unlocked by 0.1 percent of the players. The game’s downloadable content also comes with many more difficult trophies, most which are ultra rare.

What are the best Platinum trophies you have unlocked? Are you missing a trophy or two in a game to unlock a Platinum trophy? Let us know in the comments.