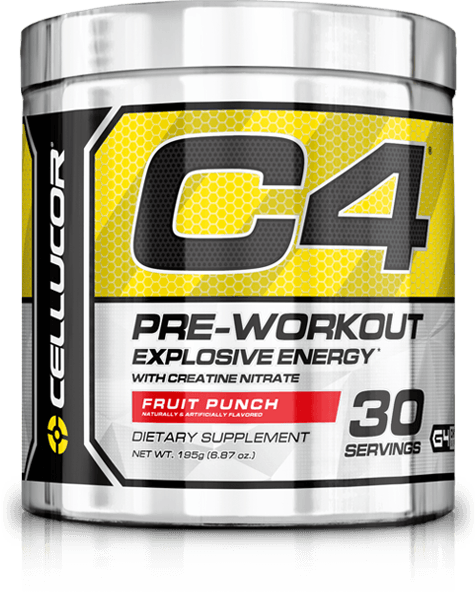 Cellucor C4 is a popular pre-workout supplement that’s been available since 2011.  I’ve been fortunate enough to receive samples of this product over the years and I’m hoping to share my experience with you guys.  Let’s see how this popular supplement stacks up! 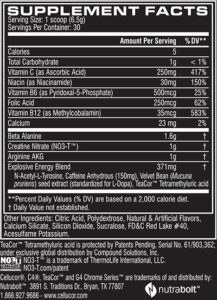 ns and minerals along with a few active ingredients listed below.  Let’s see what science has to say in regards to these ingredients:

Beta-alanine is a modified amino acid that’s been reported to enhance athletic performance.  This supplement works by increasing the buffering capacity in your bloodstream which helps combat against the lactic acid produced by the body under periods of strenuous physical activity.  It also helps for those in a ketogenic state as ketosis typically results in a sharp pH drop in the bloodstream.

The science behind beta-alanine is well supported and is widely reported to increase muscular endurance.  While primarily used to “squeeze out that extra rep” during sprints and heavy weight lifting, there have also been some reports suggesting increases in VO2 max.  Subsequently, this molecule has been correlated with fat loss and increases in lean mass but this may be largely attributed to better training performance.

The standard dose recommended for beta-alanine is 2 – 5 grams and is not timing-dependent (i.e. you can take it whenever and still reap the benefits).  Higher doses may result in a ‘tingling feeling’ which is normal and generally regarded as safe.  It may be unpleasant and can affect workouts upon the first few times you take it, but this side effect should subside upon continued use and/or lower doses.

Creatine nitrate is simply another form of creatine with a different molecule attached to it for stability and production.  The main advantage of this form of creatine is increased water solubility so it dissolves much better in water without leaving that ‘grainy’ texture.  There are currently no studies to suggest that creatine nitrate is superior to the standard creatine monohydrate, the latter of which has been shown to have a myriad of benefits in both athletic performance and general health.  For more on creatine monohydrate, check out my article on Optimum Nutrition Creatine.

The recommended dose for creatine regardless of form is 5 grams daily.  At a dose of one gram per serving, a secondary creatine source should be ingested if one wanted to reap the full benefits of creatine supplementation (which you should want!).

A source of L-Tyrosine, this ingredient is a popular nootropic and can promote a better balance of neurotransmitters in the brain.  Studies show that L-Tyrosine supplementation can increase cognition and decrease the levels of stress amongst users.  As with most supplements that fall in the nootropic category, an individual’s experience with L-Tyrosine supplementation may vary across individuals.  As for me, I find no increases in focus in or out of the gym with this stuff but I have friends that swear by this stuff.

The recommended dose for L-Tyrosine supplementation is 500 – 2,000 mg and should be taken 30 – 60 minutes before exercise.  Again, your mileage may vary for this ingredient.

Arginine supplementation has been a hot topic for bodybuilders for quite some time now due to the supposed mechanism of increasing nitric oxide in the body for enhanced blood flow and subsequently, nutrients.  Sadly, the presumed effects are unreliable in healthy adults and have yet to be proven to be beneficial.  The AKG variant, which stands for alpha-ketoglutarate, falls under the same category and is unlikely to have any significant effects in the human body.

Yes, the world’s beloved stimulant.  Caffeine is a powerful stimulant and has significant effects on both energy and performance.  Caffeine works by blocking receptors in the brain which act on sedation and relaxation.  Personally, I’m a big fan of caffeine for pre-workout usage.  One thing to keep in mind: habitual use leads to tolerance and will require dosing cycles to take full advantage of caffeine’s effects over a prolonged period of time.  I tend to take two week breaks every couple of months.

The optimal dose is very person dependent and remember that tolerance builds up over time.  A dose of 100 mg just prior to workouts is a good starting point though strength benefits have been observed at doses above 500 mg.  Don’t take more than 1,200 mg as it’s nearing the toxicity levels for this compound.

A dose of a 150 mg of caffeine in C4 is a highly effective dose and I anticipate that for many of you, is sufficient for a well-focused workout.  I’ve gone has high as 600 mg for brief periods of time but I don’t recommend it for people who are sensitive to stimulants. 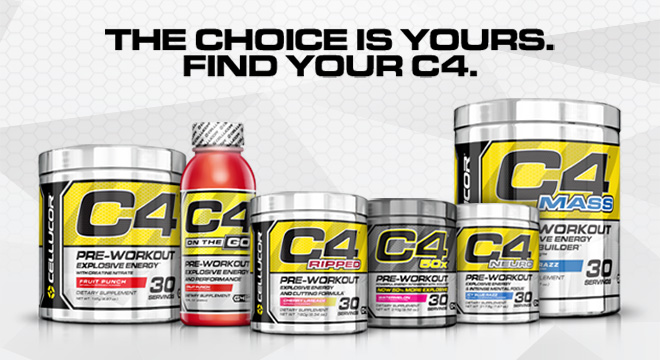 I’ve been fortunate enough to get some samples of most of these flavors and I enjoyed the Orange Dreamsicle and Strawberry Margarita flavors the most.  Most of the flavors fall under the ‘strong’ category but this is typical for most pre-workouts due to the high number of ingredients packed into each scoop.  I didn’t find any of the flavors particularly harsh and the serving sizes are relative small compared to others available in the market (6.5 grams per scoop).  The texture was quite pleasant for each of the flavors as well and dissolving it in water was a non-issue.

The price is consistent with other products available in the market.  At approximately $30 for a thirty-day supply, Cellucor’s pricing is competitive and reasonable for a pre-workout.  Sales are frequent for this stuff so it’s not uncommon to get it for almost 30% less than the standard retail price.  In terms of overall value, buying the individual ingredients is always going to be much cheaper but requires more attention to detail (I’d leave out the arginine if going down this route).  For simplicity, $1 per workout is pretty normal.

Overall a decent product with scientifically backed ingredients.  I would love to see higher amounts of beta-alanine and creatine in future formulations, but you’ll certainly obtain results with the listed amounts.  You’re definitely paying a premium for convenience here, but at least it comes in a good-tasting package.  For more info on pre-workout supplements and my review on MusclePharm’s Assault, check out this page.