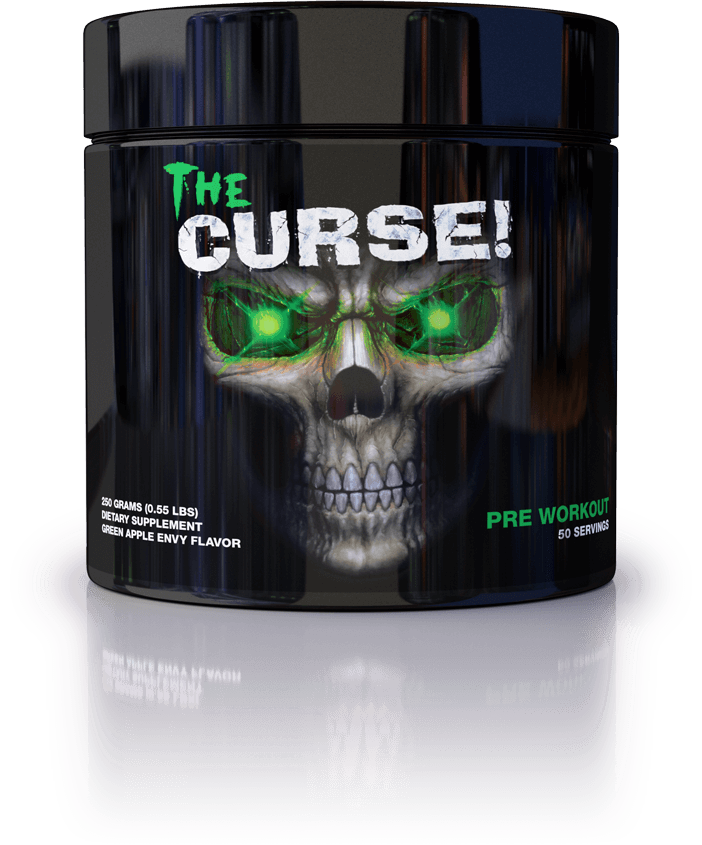 Cobra Labs The Curse is a pre-workout supplement that promises energy, muscle pumps, and mental focus all wrapped up in a great tasting package.  Cobra Labs has been in the game since 2010 which is when they released this popular pre-workout supplement.  The company has since released two other products based on their success.  Let’s see what’s in The Curse and take a look at what to expect from it.

CarnoSyn is the trademarked term for the amino acid beta-alanine for use as a dietary supplement for enhanced physical performance.  Beta-alanine is a modified version of the amino acid alanine and has been scientifically shown to enhance muscular endurance amongst trained individuals.  Similar in effects to creatine, beta-alanine supplementation results in having the ability to perform one or two more reps during a lift or perhaps sprint for a slightly longer period of time.

If you’ve read some my other pre-workout supplement reviews, you’d know that I’m a fan of beta-alanine.  Beta-alanine works by increasing the buffering capacity within your bloodstream.  Part of why our muscles give out during strenuous exercise is due to the amount of lactic acid produced in your muscles which builds up over time as energy production tries to keep up with activity level.  We experience this through a “burning sensation” and the tolerance varies from individual to individual.  Beta-alanine provides helps the amount of time it takes to reach the threshold for the burn slightly, which can amount to huge gains in the long run.

A lot of research has been conducted on beta-alanine and the results have been confirmed time and time again that athletes who supplement this stuff tend to have increases in performance.  The standard daily dose recommended based on the studies is 2 – 5 grams.  The timing doesn’t seem to have an effect on performance levels, it’s just recommended to take it sometime before you workout or sporting event.  Some individuals may feel a “tingling sensation” which is medically known as paresthesia, but don’t worry its harmless and will tend to go away after prolonged use.  If tingling feeling is starting to affect your workout, you can try a smaller dose as people tend to only experience it with high dosages of beta-alanine.

The total amount of beta-alanine in The Curse is unknown, but according to the labelling the maximum amount is at 4,800 mg.  Since it’s grouped in with creatine monohydrate, I’d assume the dose is between 1,000 – 2,000 mg, which may be enough to trigger a response but is on the lower end of the recommended amounts.

Along with Vitamin D and Fish Oil, creatine monohydrate is in my top 3 supplements that I recommend everyone should take.  Creatine is naturally produced in the body and can also be found in meats, eggs, and fish.  Creatine supplementation has been studied for decades and confers a wide-range of health benefits beyond the gym.  Here are a few:

Truth is there’s virtually no reason why everyone shouldn’t be on this stuff.  It’s been clinically proven to
enhance many aspects of a person’s life and is one of the safest supplements available on the market.  Do not hesitate to add creatine into your supplement regiment immediately. 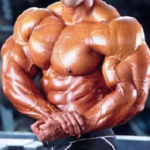 above 200 pounds may opt to take more.  Doses of 10 grams per day have been shown to be beneficial in subjects with high amounts of muscle mass and activity levels.  This is a supplement where experimentation can reap huge benefits.  As part of the same proprietary blend as beta-alanine, The Curse has a maximum amount of 4,800 mg of creatine available per serving (8 grams).  It may be necessary to include another source of creatine as part of your supplement stack, but I have no doubt that the amount present in The Curse will help you in the gym and the sports field.

L-Citrulline is an amino acid that is produced in the body and can be found in foods such as watermelon, squashes, cucumbers, and pumpkins.  It’s a very important molecule in the body and it’s used for getting waste out of your system through the urea cycle.  While citrulline supplementation has not been studied very much in a scientific setting, we do have a limited number of clinical studies that definitively report increased aerobic and anaerobic capacity and decreases in muscle soreness amongst trained individuals.  The effects are as pronounced as the first two ingredients we covered, L-Citrulline is still a reliable supplement for increasing athletic performance.  As a side note, L-Citrulline supplementation has also been shown to improve erectile dysfunction… so an added bonus!

The biggest issue as to why L-Citrulline isn’t more popular is due to the high dosage required to achieve increased athletic performance.  Scientific studies performed on trained individuals have all been proven with a dose between 6,000 – 8,000 mg taken just one hour prior to exercise.  It’s typically difficult to find such high doses in a supplement-blend and is often cost-prohibitive for people to take on a daily basis.  The maximum amount of L-Citrulline in one serving of The Curse is 1,600 mg, which is well below the doses proven to be effective.  It’s nice that this is one of the ingredients present, but I wouldn’t count on it doing very much for you at the doses listed.

This does nothing, move along…

Your body makes arginine and is common in protein-rich foods as it’s commonly occurring in nature due to its importance across a wide variety of biochemical pathways.  For a while, the fitness industry was in love with L-arginine as broscience suggested that supplementation help them achieve a much greater defree of muscle pumps during their workouts.  Unfortunately repeated studies have shown this to be false and the effects are not reliable.  While the mechanism for increased blood flow certainly exists with higher amounts of nitric oxide, the molecule that is directly produced from L-arginine supplementation, there has yet to be a study to show this to be true.  Personally I think companies need to start removing this potentially useless ingredient from their formulations, but I know too many bodybuilders that still buy into the notion that it helps their muscle pumps.  If you’re one of those people, more power to you and I’m sure you’ll be happy to know that it’s in The Curse.  Over everyone else, move along…

Naturally found in coffee and tea, caffeine is the most widely used stimulant in the world and for good reason. 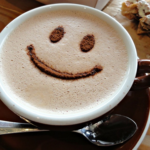 It’s a powerful molecule that has been shown to improve endurance and strength in athletes all around the world and the science is consistent with these reports.  Caffeine primarily works by antagonizing the receptors in your brain that cause relaxation and sedation, resulting in more wakefulness and alertness throughout the body.  You’ve certainly have had experience with caffeine so let that guide you in your decision if this is an ingredient you want in your pre-workout supplement.  The science has repeatedly shown the following improvements amongst individuals:

The only issue with caffeine for healthy individuals is it’s quite easy to build up a tolerance to it over time.  Caffeine withdrawals are a very real thing; anyone who’s ever had a headache while trying to taper themselves off of coffee can tell you.  It generally takes about a month to reduce your tolerance to caffeine, so plan your cycle accordingly.

Olive leaf extract is derived from olive leafs and tends to be rich in olive phenolics, 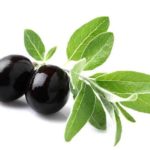 which are anti-inflammatory based on their effects on the body’s cholesterol levels.  There may be positive effects of supplementation on glucose metabolism, though the studies are still limited and the effects appear to be small compared to other supplements available in the market.  I do like how this is included in the blend, regardless of its still unproven track record as a fat burner, as it’s considered a highly beneficial supplement for general health.  It doesn’t take very much of this stuff to have profound effects in the body and The Curse’s <3 mg dose may be enough to help improve your health.

The Curse comes in 6 different flavors:

I’ve only tried a few of the flavors but I did enjoy them.  If I were this stuff, I’d stick with Orange Mango as it wasn’t overpowering and tasted quite pleasant for a pre-workout.  It mixes pretty easily in water but it does have a little ‘graininess’ to it.  I assume this is from the creatine monohydrate as solubility tends to be a concern with this ingredient.  I doubt you’ll have any issue with the taste and texture of this supplement and one serving size is a mere 8 grams which makes it even easier to consume.  Cheers!

Cobra Labs has done a wonderful job marketing The Curse and it’s priced very competitively.  A 50-serving size container will only run your about $25, which is cheaper than a 30-day supply of most pre-workout supplements available in the market.  I applaud Cobra Labs for their aggressive pricing strategy and I’ll be sure to pick up some of this stuff to give it another go.  The inclusion of beta-alanine, creatine, and caffeine is a proven pre-workout blend and you really can’t go wrong at this price.

I first tried this product shortly after it release since a sample came with a package of protein I ordered.  I was wondering why there was a skull on a pre-workout bottle but I took it with me to the gym the next day and enjoyed the results.  When I looked up how much it cost the next morning I was happy with what I saw and quickly added into my cart.

I like what Cobra Labs has done with The Curse and it’s no wonder that the company has enjoyed as much success as it has since founding the company on this product line.  They’ve formulated The Curse with proven ingredients for enhancing performance in the gym and they’ve packed it all into a very affordable package.  I highly recommend you give this product a try!