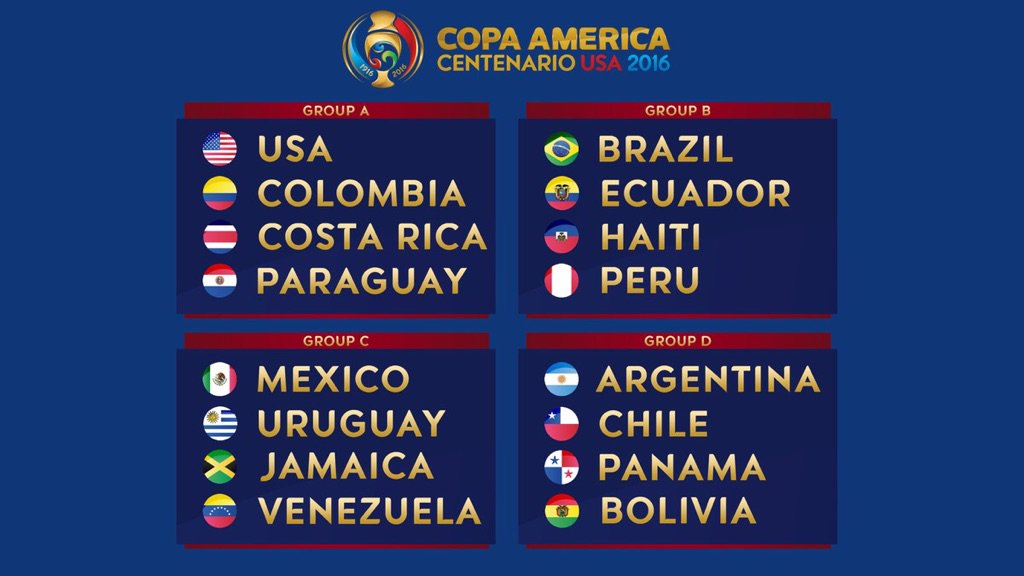 The last few games of the Copa America Centenario have begun, but Week 2 brought a lot of great goals and one controversial penalty call that eliminated one team from the tournament. A number of teams qualified after their second game and this week, we could see a different lineup from them. The third games have just started, but here we have all the results and injury updates from Week 2. 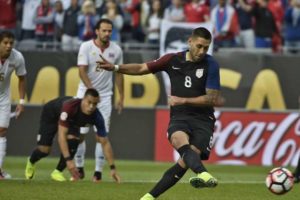 Week 2 began with a match between USA and Costa Rica. The host of the tournament opened against Colombia, losing 2-0. But the match against Costa Rica was the total opposite, they didn’t allow a goal and recovered from the opening match by winning 4-0. USA is currently playing Paraguay and winning 1-0. Costa Rica has just one point and needs a USA loss to have a chance to qualify. But they also have to score more than 6 goals against Colombia later tonight.

Group A and Group B

On Wednesday, Brazil and Haiti played their second game of Group B. The five time World Cup champions didn’t have a good start against Ecuador, leaving with just one point. But it was different in the second game, which became a goal party in just a few minutes. Philippe Countinho had a great game, scoring his first international hat-trick. Haiti scored to make the game closer, but Brazil kept going in the second half and left with a 7-1 win.

In the second game, Peru and Ecuador fought to a 2-2 draw. It was a big chance for Peru as they could have qualified for the next round with three more points. But the two left with a point, which means Ecuador will have to win against Haiti and wait for the result of the Brazil-Peru game.

On Thursday, fans watched as the team with the most Copa America wins was eliminated. Uruguay had more fans in the crowd, but Venezuela played a fantastic game and had lots of chances to score. The biggest surprise of the game was that Luis Suarez looked ready to play but did not. He started warming up and then the three substitutions were made. He was not very happy about the decision and sat on the bench. A few seconds later, he punched the glass separating his team’s bench and the coaching staff. Uruguay had a big chance late in the game with Cavani but the ball went right past the post.

In the following match, Mexico was looking for the three points against Jamaica. The opening match against Uruguay was impressive and Mexico continued with a 2-0 win. Jamaica had lost its previous game against Venezuela and with the second loss, they are now eliminated from the tournament. Mexico will play Venezuela for first place in the group.

Yesterday, Chile and Bolivia played to remain in the tournament. Bolivia lost against Panama in the first match and Chile left with 0 points against Argentina. The game was close and Bolivia made it 1-1, which would leave them with a small chance of qualifying for the next round. But that all changed in the last few seconds of the game, when the assistant referee called an offside against Bolivia. But that was not the only controversial call, that one came when a penalty was called for a hand. Players talked to the referee about the decision for minutes before Chile scored. After the game, Bolivia’s coach called the late penalty decision a disgrace.

A match between Argentina and Panama was next. The team with the second most Copa America scored first but Panama kept pushing for a goal, even after losing a player with a red card. The match looked as if it would finish 1-0, but the crowd got to watch the return of Messi. The Barcelona star entered the match and it all changed from that point. Argentina scored four goals after he entered the match and they will be in the next round of the tournament. There are some bad news for the team, Angel Di Maria left the game with a thigh injury and could miss the rest of Copa America.

Update: USA has won 1-0 and qualified for the next round of Copa America Centenario.