FoHawx After Shark Tank Update – The Company Now in 2018

When I was a kid, I know I hated my safety gear – I had a bright blue set of elbow pads and kneepads with a horrible tie-dye pattern. However, as a kid, you’re still developing – you’re more immune to breaking bones and such because your bones are more flexible and not as brittle, but your skin is still vulnerable to damage and you need to protect yourself, without a doubt. FoHawx seeks to remedy this by giving kids a cool, fierce-looking FoHawk on top of their helmet used for biking, skateboarding, or skating.

Joselyn Fine and Harley Denine are the founders and moms behind FoHawx, and have stepped into the Shark Tank seeking $150,000 in exchange for 30% of their business. The moms start by explaining the struggle of getting your child to get to wear their safety helmet. Why? Classical safety helmets are perceived as boring, lame and clunky, so the moms took something ordinary and made it extraordinary. Originally inspired by Joselyn’s daughter Mya, FoHawx are decorative, colorful helmets made with a colorful, noticeable style. Each and every FoHawx comes with its own self-adhesive strip so it can easily be removed and reattached using a velcro strip. This way, kids can collect several FoHawx or swap amongst themselves.

The moms dismiss the children that came in with them to demonstrate the products and distribute the products amongst the sharks; Barb starts by asking who exactly the pair of moms are targeting with the FoHawx product. Joselyn replies that they are targeting children between the ages of 4 and 10, and the whole concept was inspired by her daughter when they were doing a family bike ride when their son, who was 7, refused to wear his bike helmet. In response, her daughter ran to the garage and got a helmet, hot glue and purple tissue paper and glued a fohawk-like pattern onto the helmet, which completely changed how her son perceived it; he loved it. Joselyn loved it because her son was wearing her helmet, but Robert speaks up and says that there are a lot of products similar to FoHawx and asks what exactly sets FoHawx apart. Harley explains that any FoHawx product can attach to helmet, and is actually sold in a bundle with a helmet or sold simply without the helmet. In addition, there are “almost limitless” styles that the pair of moms insist they can come up with.

Robert asks about cost, which Joselyn reveals is around $5 to produce and they sell each one for $19.99. Mark asks about their landing, where they have sold and how many units, and Joselyn says that they have sold more than 5,000 units in more than 80 “specialized” (niche) retailers across the United States, and also have entered “test mode” with various retailers in the world, including Toys ‘R Us and Wal-Mart. Joselyn explains that the products like to test their products, which alert the Sharks who then probe for more details. In order for the retailers to pick up the product, there has to be no pushback from any of the buyers, and Daymond asks about Wal-Mart, which Barbara clarifies that the retailers are fine with a $19.99 asking price. The moms insist that the price is not an issue.

Robert asks if there is any competitors for the product – if there are any companies out there making products that are aimed towards the same group and intended to accessorize safety equipment to encourage children to wear them, which the Sharks believe there are, but the moms say they do not have any fear about competition. Joselyn elaborates by saying that when someone walks into any mass market retailer and walk down the helmet aisle, there are no helmet accessories, but Robert fires back saying that when he walks into a ski shop on the ski hill, there are loads of accessories and similar products. Barbara chimes in that bike shops typically have similar products, and the moms begin to protest that they want to get their product into the retailers and not smaller shops.

Kevin butts in, asking why exactly their sales are so low – $50,000 in how many stores? (80). Joselyn says she disagrees and in one year, they are in over 80 retailers which is pretty good for two moms from New Jersey; they could really use the Sharks to help improve their chances of expansion. Kevin says that numbers don’t lie, they are literally selling only hundreds of dollars of products per store (the math comes out to around $625 per store) in a year – there is no way on Earth that a retailer wants to keep such a small velocity around. Joselyn explains by saying that the two moms have a vision and want to expand the product line to include animation characters and superheros, and other such typical product lines hot with kids (think Minions or Pokemon). Kevin shoots her down, saying that the retailers will not expand and that the sales simply are not working – there is no acceleration and thus, there was never any velocity. Barb mumbles that it has only been a year for the two, but the reality is that no retailer wants to sell $700 worth of a product that’s going to take up a lot of shelf space.

Joselyn speaks up, saying that they also need to speak about licensing included in their deal with the Sharks. Kevin gets angry about this, saying that he doesn’t even want them to go there when they have only done $50,000 worth of sales in a year. Harley says that she thinks that this is what kids want, kids want a product like FoHawx to allow them to have some greater customization over otherwise “lame” but necessary accessories for their safety. Kevin and Robert are aghast, and say that maybe people do not want to buy them and they were foolish to not test the market even more – again, they have done $625 of sales in each store that FoHawx landed in. Kevin gives the metaphor that FoHawx is on fire and burning, and they need to figure out what they can do to put that fire out and work on it fast.

Joselyn asks Kevin if he honestly thinks that they would be selling more FoHawx at $9.99, and both Kevin 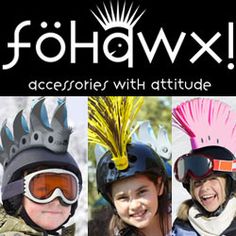 and Robert agree that they would probably be selling more units at that price point. Joselyn connects the dots, saying to get the margins low enough to sell at $9.99 she needs to get to China – she needs the contacts and expertise of the Sharks, and also the licensing deal she mentioned earlier. Daymond asks if they have done flash sales or partnerships for $9.99 to see how the public would react at a lower price point, and Harley says that they have indeed tested with some groups at a low price point and that the product did sell out and the retailers came back for more.

Barbara asks to speak, and says that the two should consider the possibility that they hit a blind luck with their testing – their testing has been so small that they have otherwise found successful results, but have not really done enough testing to understand all the parameters around their product. They need to face the reality that all the signs are saying that the launch of FoHawx are indeed a problem – the low sales, the poor landing, the bad velocity, and the necessity of a low price point to have any noticeable velocity. Barbara is the first Shark out.

The moms plead that they are fully committed to the launching of FoHawx and will give it their best – they have done so well for two moms from New Jersey so far. However, Mark points out that everyone who steps into the Shark Tank is committed and that simply won’t work, the two have to have some form of success. Joselyn continues to protest that they need expansion into China, and Kevin says that they have not even conquered New Jersey. Mark explains that if the two moms had come in and said that they had sold $50,000 worth through 1 store, then perhaps the projection would be better, but so far the moms are selling the Sharks simply on the dream. Mark is out as well.

Robert speaks next, explaining that he thinks Harley is very scattered and that they really are blind and that they are not attaching to enough customers. Harley says that the moms believe they are just starting to gain momentum, and Robert says he hopes so, but he is ultimately out of the deal as well.

The two moms look to Daymond next, who explains that it is not the sales they are upset about but the sales in each of the stores. He insists that the two moms use their Shark Tank experience moving forward, but at this point, he cannot help them; he is also out.

Kevin is the last Shark remaining, and he starts by saying that he does not understand what the two moms are going to do and he is surprised that they have made it so far -to him, the business is worthless now because there are almost no numbers that will work. He sees no point at him receiving a return on his money when they have sold at such a low velocity, and is the last Shark out of the deal.

FoHawx still appear to be around, although buying their products is very difficult – I had to search around with various different terms before finally finding one of their products on Amazon. Everyone seems more interested in learning about how FoHawx is doing than ordering their products – it is unsure exactly how FoHawx is doing or if they are still being made, but at such a low sales velocity (and the episode aired in 2013, don’t forget), it could be safe to say that FoHawx are no longer around due to a general lack of interest.