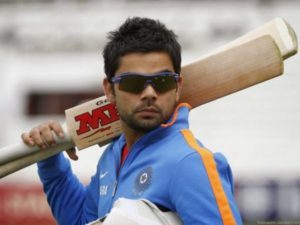 While in the United States Baseball holds the World Series (that really should be called the Western Hemisphere Series), cricket is truly a global sport. Here, we take a look at the top ten highest paid cricketers in 2018. Our wealth estimates take into account both the base salary of the player, alongside endorsements and business ventures that one would expect for a professional athlete. For the purposes of this list, only active cricketers as of this season will be included and of these, only current salaries, holdings and endorsement deals will count towards net worth. 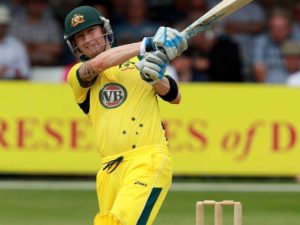 Starting off our list of richest cricketers is Australian born Michael John Clark. With an impressive quadruple century within a single year, “Pup” Clark is often seen as the greatest Australia has to offer the sport. In 2009, he gained the title of Captain of the Australian team, only giving it up to handle some injuries off the field, and to get married to business owner / model Kyly Boldy, which certainly helps the bottom line. Clark has also gained multiple endorsement deals worth approximately $2 Million dollars, which has added significantly to his salary of $850,000 per season. Though he announced retirement from all cricket leagues at the end of 2015, he made a grand return in February to grade cricket and is expected to play for at least a few more seasons, increasing his wealth substantially. 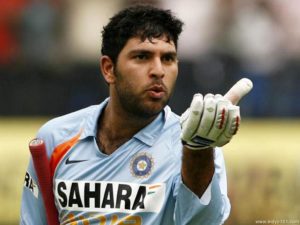 Having recently been the most expensive player to have ever been bought within the IPL league, Singh is an amazing cricket player that almost never was. Born to Shabnam Singh and former cricketer as well as actor Yograj Singh, he was not so much interested in cricket as a child, but more into tennis and roller skating. In fact, a pivotal moment came when after Singh had won a National Roller Skating Championship, his father threw away his medal and instead took the young boy to cricket training every possible day. Though certainly a cruel thing to do, it appears to have paid off, as the son has surpassed the father in both skill and salary. Besides cricket, Yuvraj earns income as a spokesman for Microsoft and several video game development firms, and has taken several Bollywood acting roles. He also is an author of a successful autobiography which spotlights his personal struggle with cancer, which also inspired him to start the YouWeCan charity which helps aid the poor in paying for cancer treatments. 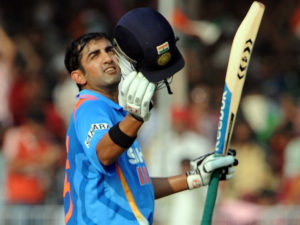 Ghambir’s life is that of a “rags to riches” story. Born to a poor New Delhi family and adopted by his grandparents, he started playing cricket at 10 years old. After graduating from the University of Delhi’s Hindu College, Ghambir found himself being swept up by the National Cricket Academy in 2000. It wasn’t until 2002 however that he began to garner attention as an exceptional player, with back to back double-hundreds against Zimbabwe. Over the years his momentum has only seemed to be gaining, as in 2011 he was marked as the highest paid cricketer of the Indian Premier League. This of course heralded an upward swing in terms of his endorsement deals, which now make up only slightly less than half his current net worth. 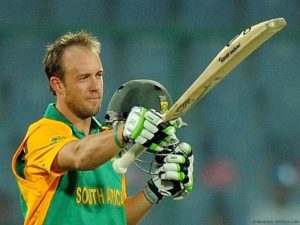 Abraham Benjamin de Villiers is a record holder in far more than just salary earnings. Holding the current record for fastest Test fifty, hundred and hundred and fifty, this player certainly earns his keep. Born to a family in Bela-Bela South Africa, De Villiers was by his own admission a poor student, putting all of his energies into sports. This was supported, begrudgingly by his father who was both a physician and rugby player in their home state of Limpopo. While not endorsed nor recommended, this trade of education for sport paid off, and by 18 it was clear he was meant to play cricket, entering into the professional leagues the following season. Since, he has been in the running as one of the best cricket players of his time, tying or breaking many records from both his own country and on the international stage. As of 2016, De Villiers was recently rewarded Captainship of the South African cricket team, and his career seems to only be gaining in popularity and profitability. 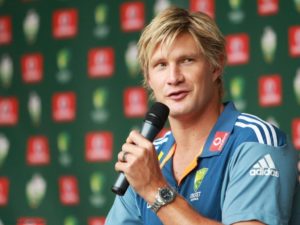 The only player to be a Player of the Year in all formats within Australia, Shane Watson is a household name in his home country. A graduate of the Australian Cricket Academy, Watson started his career playing for Tasmania before returning to his native Queensland and beginning his international career. For nearly the next fifteen years, he has garnered over a dozen awards, making him one of the most decorated players in the game. He has also been one of the first choices for Indian Premier League in 2008 and the Pakistan Super League in 2016. Unfortunately for Watson, after the first few games of this season, it was reported he would remain out for at least the remainder of the season due to an abdomen injury, which may be grounds for his retirement. On the bright side, even as a retired cricketer, his endorsement deals will likely remain for years which means these events will likely not injure his bottom line as much as his abdomen has been. 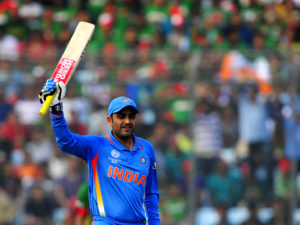 Virender Sehwag seems to have been born for this sport. Being the first and so far only cricketer to have over 7,500 runs in both Tests and ODI, he was given his first toy cricket bat at the age of 7 months. Raised with not only his parents, but uncles, aunts and 16 cousins, he quickly established himself as not quite the brightest in the family, but certainly the most gifted in dexterity. His career did nearly come to an end in 1990 however, when he failed to dodge a ball that ended up chipping his tooth and scaring his father into trying to stop his play. His mother however saw Sehwag’s potential and secretly continued to support his sporting. After graduating from the National Islamic University, he began his formal career in cricket. This began an illustrious career centered primarily within his home country of India. As of 2016, it appears he is to retire within this season, ending a lifelong love of the sport. 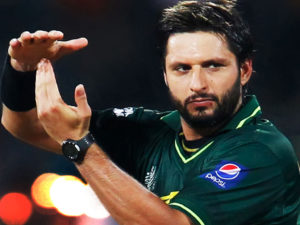 Widely considered the hardest hitting batter of all time, Shahid Afridi was born to the Afridi tribe in the Federally Administered Tribal Areas of Pashtun region, Pakistan. Starting his professional career at the remarkably young age of 16, he premiered in the ODI as a leg spinner, replacing then injured Mushtaq Ahmed. He was in a following match against Sri Lanka, he became the youngest player ever to get a century in an international match. While Afridi was an impressive player, he has also suffered some degree of controversy. In 2011, Afridi essentially threatened to retire out of protest of his treatment from the Pakistani Cricket board which ended in an out of court settlement and his return to the sport. As of 2015, he again announced retirement before starting yet another season in 2016, and again rescinding the claim as of this April. 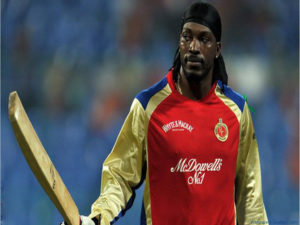 The only player of the Western Hemisphere to make it to this list, “Gayle-Force” has remained a West Indies team staple all while playing for a great number of teams globally. A captain of the cricket team of his alma mater Dawood University where he was seen as one of the brightest students within the petroleum sciences department, Gayle was picked up by the domestic professional league at the age of 20. While his initial career years were very mellow, his star truly ignited in 2007 when he became the first cricketer to score a century in all international formats of the sport. While throughout his play he has received a reputation for being nearly stoic at the crease, his off field behavior has caused him more than his fair share of issues. Most prominent of this has been his interactions with female reporters, often hitting on them while on camera and earning him fines upwards of $10,000 as a result. Despite this juvenile behavior, he has kept a remarkably diverse endorsement portfolio, and as of 2016 fathered a daughter named Blush Gayle. 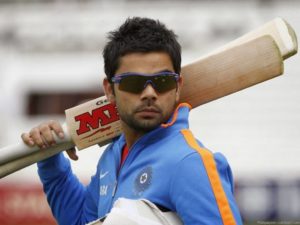 Kohli is yet another player whose career started very early in childhood. According to family accounts, his first swing of the bat was at age 3 and he hasn’t looked back since. One of the first to attend West Dehli Cricket Academy at 9 years old at the request of his neighbors, he quickly showed great potential. 6 Years later, he became captain of his regional team and by the age of 18 had moved onto the professional circuit, and carrying a reputation for team loyalty. This loyalty was noticed around the cricket world when it was revealed that Kohli had played against Karnataka while hearing about his fathers death earlier in the day, and only left for the funeral after the match. This event was said to have changed his personality significantly, as his primary focus from that point onward was to improve his performance. Virat had a chance to show his true skill in the Indian ODI team after previously mentioned team mate, Sehwag had been injured and Kohli was called up to bat. While after this performance he did lie low for some years as his teammate returned to take his place, in 2010 he made a major resurgence, from being on an “untested” team, to setting records a small number of years thereafter. Outside of cricket, he also carries substantial investments in the Indian foot ball team, FC Goa, and the UAE International Premier Tennis League. 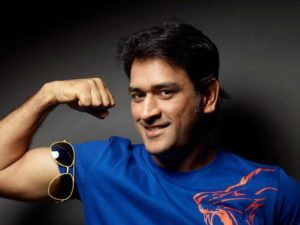 Topping off our list of richest cricketers is Mahendra Singh Dhoni, who has retained captaincy of multiple teams for nearly a decade. Alongside being the mostly sought after (and highest salaried) Indian League player of all time, he also has retained 20 endorsement deals, from Pepsi to Mysore Sandal Soap and even Bharat Petroleum. In addition to these, he also retains co-ownership of the motorbike racing team Mahi Racing Team India, the Ranchi Rays hockey team, and the Chennaiyin Football Club. If this was not enough, due to his high popularity and prevelance in the public sphere, an biographical film is also being made, “M.S. Dhoni: The Untold Story” which was released in September 2016. With no end to his cricket career nor endorsement deals in sight, it is likely that Dhoni will remain king of cricket earnings for quite some time.