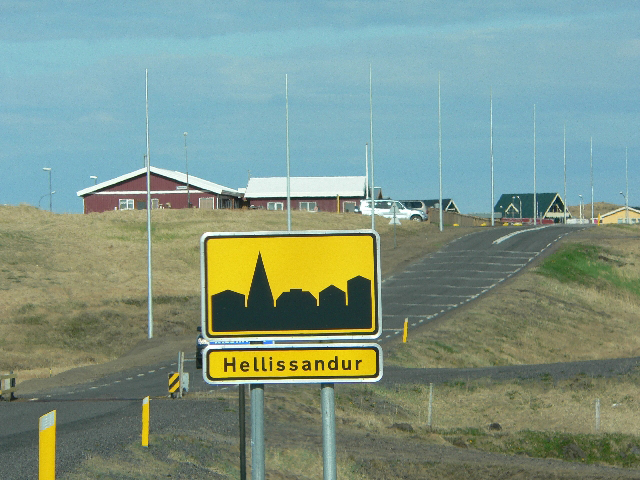 When people visit other countries, they usually buy a souvenir or two. Shirts, hats and keychains are some of the souvenirs visitors take back home. But in Iceland, people have been taking something else and now the country is taking action. It is not something small either, visitors have been stealing the road signs.

They began disappearing but Viktor Arnar Ingolfsson, an author and official at the Public Roads Administration in the country, has confirmed that the new road signs are now too heavy to carry and can’t be taken off easily. The road signs were designed so that they can’t be undone with car tool kits. But what makes these road signs an item that visitors want? They are rarely found in other countries and are much easier to understand. Ingolfsson told state media that the road signs taken were mostly pictograms, which have an exclamation mark at the top of the sign. These road signs alert drivers of the roads ahead and what type of cars can cross them.

Ingolfsson knows a lot about the road signs because he actually designed some of them. He says they’re attractive to visitors because only a few countries illustrate the possible danger of the roads ahead. The author continued by saying that it’s the way their signs look.

Iceland was recently named the most peaceful country by the Global Peace Index. The announcement was not surprising as the country has been ranked as the most peaceful nation in the world since 2008. This among a few other things have led to an increase of visitors. More than 1.5 million people are expected to visit the country later this year, which would be a 29 percent increase from 2015.

The author also told state media that the road signs were initially a solution to the problem of the visitors not understanding the language. But he also mentioned that there is a wide resistance from the population, which wants to protect its language and not change the signs to English.

Road signs in the country are yellow but in the capital, they are blue. There are also red signs, which are used for places of interest. The new road signs are not made for suitcases and are too heavy to carry, so it looks like the number of road signs thefts will decrease.